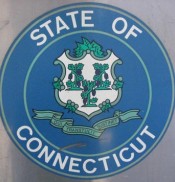 Bobby Ross Jr.
STAMFORD, CONN. — “Qui transtulit sustinet.”
The Latin words, which appear below vines on the Connecticut state seal, mean “He who transplanted still sustains.”
First seen on a seal brought from England by Col. George Fenwick in 1639, the motto apparently has its roots in Psalm 80:8: “Thou hast brought a vine out of Egypt: thou hast cast out the heathen, and planted it.”
Like the children of Israel led out of Egypt to the Promised Land, the early settlers of this southernmost New England state looked to God to sustain them.

Forty years ago, a different kind ofexodus drew entire congregations of Christians to urban cities in theNortheast, including Stamford, a mix ofcorporate headquarters and low-income housing projects about 40 miles north of New York City.
In thanksgiving for the 55 transplantedfamilies who started the Stamfordchurch in 1966, the congregation has adopted “God Transplants, God Sustains” asits 2006 theme. The church plans a series of 40th anniversary events, includinga Labor Day weekend homecoming.
“I’m grateful that people took the riskof coming here to a very unfamiliar place to start this work,” said musicminister Edward Pleasant, who moved to the New Yorkarea from Midland, Texas, 17 years ago to pursue an opera andvocal theater career. “We stand on all of their shoulders, and hopefully,people who come after us will be inspired to go even further to be the Lord’schurch.”

THENAND NOW
Like Pleasant, Stamford pulpit minister Dale Pauls said the40th anniversary provides an opportunity to educate many in the congregation of160 adults and children.
“I bet if you just walked through thecongregation and just asked a number of people what the Exodus Movement was,half of them wouldn’t know,” said Pauls, a Harding University Graduate Schoolof Religion alumnus who joined the church’s ministry staff 28 years ago.
When Pauls and his wife, Debbie, now Stamford’s involvement minister,arrived in 1978, just one couple from the original Exodus families remained.That couple later moved away.

Church leaders are hopeful that many ofthe people who launched the work in Stamfordwill return for the homecoming.

But the ministers and eldersacknowledge that some founding members might not approve of the direction thecongregation has taken.
In some ways, the church has notchanged: The singing remains a cappella. The Lord’s Supper is observed weekly.The importance of baptism is stressed.
But in other ways, significant changehas occurred: After what church leaders described as an exhaustive, years-longbiblical study, the congregation removed all restrictions on women’s leadershiproles in the church.

Women in the congregation now serve asdeacons and are eligible to serve as elders. Women serve communion, lead publicprayers, read Scriptures and occasionally preach. “We do not restrict roles orassign privilege or status on the basis of birth,” explains a statement on thechurch Web site, www.stamfordchurch.com.
In a 46-page booklet, “Sons andDaughters: Hearing Women’s Voices at the Stamford Church of Christ,” Dale Paulsrefers to Scriptures often used to limit women’s roles. But he makes the casethat the traditional interpretation fails to take into account the historicalcontext.
“It’s a church that made a significantchange in an area that some people consider to be a fellowship issue almost,”Pauls said. “From my view and interpretation of Scripture, I think it’s thesame church. But that’s not a view that would be shared by everybody.”

Jim Pounders, alumni associationdirector at Lipscomb University in Nashville,Tenn., helped organize the exodus to Stamford and served asthe first preacher. The University church in Tuscaloosa, Ala.,oversaw the effort.
Pounders returned to worship at Stamford in 2001 on theSunday before the Sept. 11 terrorist attacks.
“What is thrilling to us is that thechurch has become what we dreamed that it would be,” said Pounders, praising the congregation’s enthusiasmand spiritual zeal.
Women reading Scripture and waiting onthe Lord’s table made Pounders “a little uncomfortable.”

“But we also know the church did anextensive study of that practice before employing it in their worship,” hesaid. “So we respect their study and their autonomy.”
Sylvia Smith, a Stamforddeacon, first heard about the Exodus Movement in 1966 at a Wednesday nightservice in Birmingham, Ala. The next day, she learned her husband’scompany was transferring him to White Plains, N.Y., 15 miles west of Stamford. They decided to move to Stamford. Looking back,Smith said she has no doubt that God played a role in the timing.
“I don’t think I was old enough torealize it at the time,” said Smith, whose daughter and granddaughter worshipwith her. “But since then, for years, I have known that this was definitely theplace that God wanted me to be.”

Members and leaders said theyappreciate the congregation’s openness on issues ranging from interfaithcooperation to social drinking. Pleasant said the congregation believes in “anopen mind and open book.”
“We’ve fought vociferously the ideathat certain things can’t be talked about,” Pleasant said. “We just say, ‘We’regoing to open these Bibles … and see what God’s word has to say.’”
Justin and Kathryn Burton, graduatestudents at Rutgers University in New Jersey,often drive an hour and 20 minutes to worship at Stamford. The Burtons, both of whom grew upin traditional churches and earned degrees at Harding University in Arkansas,said they were looking for a church where women participate and a right-wingpolitical mindset was not mandatory.

“From the first time we came here,people have just been warm and welcoming,” said Justin Burton, 25. “It’s thekind of church where if you’re out of town on a Sunday, you miss it. And whenyou are here, you feel like you’re at home. Every service is profoundlyinsightful.”

Less than half the members come from Church of Christ backgrounds, with about one-thirdfrom other Protestant fellowships and one-fifth from the Roman Catholic faith.
“Diversity in the congregation has beena real blessing,” Smith said. “To stand in front of this congregation onSunday, it’s like a little United Nations almost.”
The congregation emphasizes communityinvolvement and outreach. Dale Pauls facilitates the Stamford ClergyAssociation and is president-elect of an interfaith council.
Stamfordmembers help feed the homeless at a shelter and mentor inner-city children in Bridgeport, north of Stamford.The church supports Camp Shiloh, which serves poor children in the Bronx andoperates a summer camp in upstate New York.
“When we came here, we (thecongregation) were good at taking care of each other. We had good parties,”Debbie Pauls said. “Now, I think our emphasis is much more: How do we give tothe community?”
Kim Bohannon, who teaches physicaleducation at a public school, started the Buddy Mentor program 12 years agoafter Dale Pauls challenged members to make a difference. The program pairs 65needy children with 65 caring adults, many of them from the church.
Bohannon, a graduate of Freed-Hardeman Universityin Henderson, Tenn.,said Stamford’sposition on women allowed her to develop her leadership skills. “It’s opened myheart and my life spiritually as a woman,” she said. “I feel like I’ve had apassion to do something, but I wasn’t hindered in it because of gender oranything like that.”
No doubt, Dale Pauls said, theologicaldifferences will keep a number of people involved in the Exodus Movement awayfrom the anniversary celebration.

“They may feel betrayed and I regret that,because I think we owe these people a great deal,” Pauls said. “But we didn’towe them our souls. With full respect for those who came before, we still hadto follow where Word and Spirit led us.”