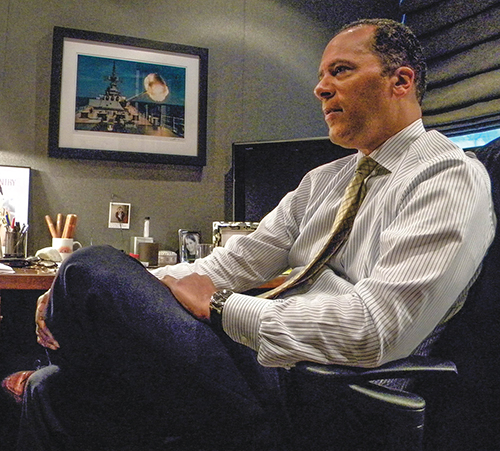 ‘Excited and grateful for new role’

When the network suspended anchor Brian Williams in February for making misleading statements, Holt was tabbed to fill in.

But on June 18, the network announced that Holt — a longtime member of the Manhattan Church of Christ in New York— would become the permanent anchor:

Promised my family I wouldn’t think about work during vacation. Just got the ok to break that promise. Excited and grateful for new role.

In a 2009 interview with The Christian Chronicle, Holt said, “I know a lot of people in this business who are people of faith — maybe not this specific faith that I share, but people who believe in God and  follow their faith. So I don’t find it hard.”
RELATED COVERAGE
• Lester Holt a humble newsman with a serious faith

• Anchor for his soul: Lester Holt reflects on faith and journalism

• A conversation with Lester Holt