Once again, enrollment has hit record and near-record levels at some colleges and universities associated with Churches of Christ, according to figures provided to The Christian Chronicle.

• Harding University in Searcy, Ark., has posted an all-time high enrollment for the 25th consecutive year, eclipsing 7,000 students.
“This year’s enrollment represents a healthy growth for us,” President David Burks said. “The across-the-board growth is a reflection of not only the caliber of the university’s academic offerings but also an indication of the affordability of the Harding experience.”
Read the full news release. See the Chronicle’s in-depth February 2011 report on graduate programs fueling growth at Harding and other Christian universities.
• Lipscomb University in Nashville, Tenn., has topped 4,000 students, marking a fifth straight year of record enrollment.

“In 2005, the leadership of this university agreed that success is a journey, and we believed that journey began with investment in facilities and academic programs,” President Randy Lowry said. “So we began a very intentional effort to design the programs and facilities most needed in our community. The results are seen in the rapid increase in enrollment over the past six years and in our high placement rates for our graduates in jobs and in graduate schools around the nation.”
Read the full news release.

• The headcount at Rochester College in Michigan — which has faced significant financial difficulties — is 1,084, up from 1,069.
“This is a record enrollment for Rochester College and encourages all of us that the turnaround is in progress,” Rochester President Rubel Shelly said.
Read the Chronicle’s July 2011 report on Rochester’s future outlook.
• Lubbock Christian University in Texas reports the second-highest enrollment in its history with 2,038 students.

Undergraduate enrollment dropped 33 students after a large class graduated in May, officials said. Graduate enrollment is up 43 students, resulting in a net gain of 10.
Brian Starr, LCU’s executive vice president, provided this analysis:

Notable recent trends include a higher percentage of freshmen from Churches of Christ and a higher percentage of undergraduates classified as full-time students.  Overall five-year trends indicate a fairly consistent number of full-time undergraduates, a decline in the number of part-time undergraduates and an increase in the number of students pursuing graduate studies. It is this latter trend that is most pronounced. We have added graduate-level programs, such as nursing, that are in high demand, and those programs are growing rapidly.

• York College in Nebraska has reached a 12-year high of 507 students, a 6 percent increase over last year.
“It’s a pretty phenomenal swing in the course of a few years to have this kind of growth,” said Willie Sanchez, vice president for admissions.
Read the full news release.
• Undergraduate enrollment at Freed-Hardeman University in Henderson, Tenn., has stayed the same at 1,490. The graduate headcount is 482, down 4 percent from 2010. The number of first-time freshmen increased 3.8 percent over last year. 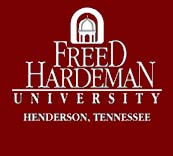 We are excited about our future at FHU. Our first-time freshman numbers are on the rise, and our traditional programs are being rejuvenated by an influx of new, highly qualified faculty and administrators looking to provide the best in Christian higher education. With the new Anderson Science Center just months from completion, plans for significant upgrades around campus, along with our iKnow Initiative and our iPad program to begin in the fall of 2012, FHU is leading the way in preparing young people for the future. The excellence of our graduate programs has garnered attention from other institutions creating healthy competition that we are prepared to embrace. Our graduate programs will rebound as we develop new offerings and new programs designed to meet the dynamic needs of today’s professionals and educators.

• The proportion of students with Church of Christ backgrounds is down slightly at Pepperdine University in Malibu, Calif.
Among undergraduates, Church of Christ-identified students represent 14 percent of the student body (476 out of 3,474 total), down from 15 percent (510 out of 3,447) a year ago.
• At Ohio Valley University in Vienna, W.Va., the total headcount is 527, up 9 percent from 483 a year ago. OVU has 488 full-time students, up 10 percent from 443 a year ago.

“New full-time students are up considerably from a year ago — 195 versus 143,” said Dennis Cox, senior vice president and director of athletics. “The 195 is an OVU record for new students.”
Cox’s analysis:

Retention is holding steady, and new student recruiting has improved dramatically due, it would seem, to two initiatives. One has been to focus on filling the rosters of each athletic team to whatever extent possible. The other has been the effort of the admissions office to generate more inquiries from prospective students and to be more efficient in following up.

• The undergraduate headcount at Crowley’s Ridge College in Paragould, Ark.,  has jumped 10 percent this fall, hitting 331, President Ken Hoppe said.
• Oklahoma Christian University’s fall enrollment of 2,194 represents a 1 percent decline from 2,216 last year. Undergraduate enrollment fell 2 percent to 1,854, down from 1,899. Graduate enrollment role 7 percent to 340, up from 317.
“Our first-time college class was soft (‘summer melt’ effect),” said Risa Forrester, vice president for enrollment management. “Transfers were up 20 percent, and graduate enrollment was up. We also saw a nice increase (28 percent) in first-time college students from the greater Dallas-Fort Worth area. Finally, we enrolled the largest class of National Merit Finalists ever (10), bringing OC’s total class to 30.”

Asked to elaborate on “summer melt,” Forrester explained: “Our applicant conversion indicators (things like housing deposits, orientation reservations and award letters) were tracking virtually identically to last year’s numbers through the end of May. Then, as summer continued, many students we were expecting to enrollment canceled or ‘melted.’ So ‘summer melt’ describes students a college was expecting to attend that canceled over the summer months.”
Did the economy play a role? “Yes,” she said. “We suspect largely economy/finances and are analyzing data to that end. OC has fared well thus far through the economic situation, and we hadn’t experience ‘summer melt’ in the ways some colleges had in 2009 and 2010.”

• Faulkner University in Montgomery, Ala., reports a total headcount (undergraduate and graduate) of 3,574 students, up 14.5 percent. Officials were not immediately available to provide an analysis.
Enrollment figures for some Christian colleges and universities have not been provided to the Chronicle.