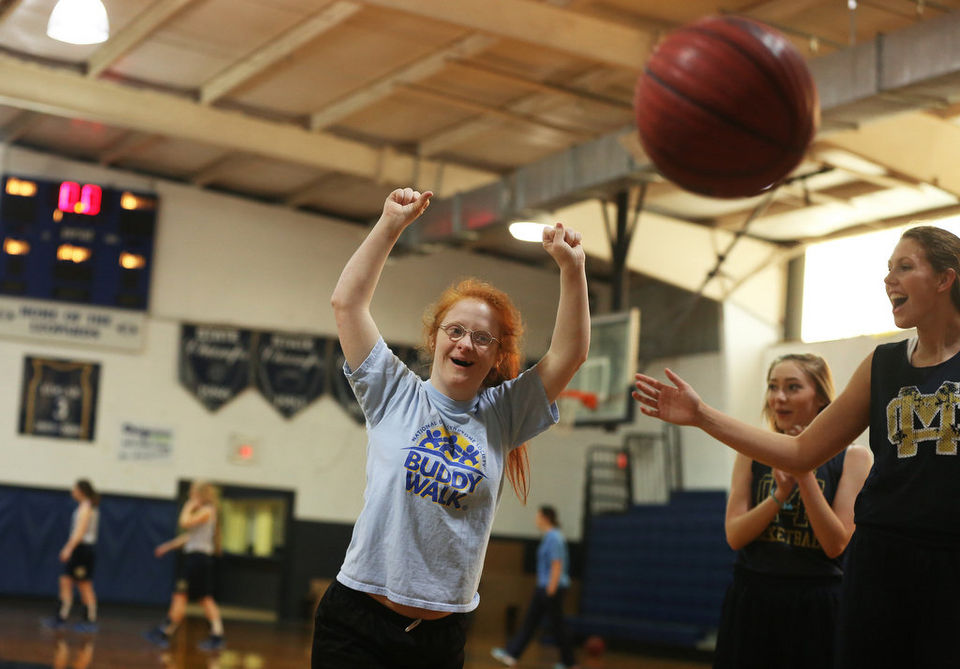 Laura Akins
Homecoming queen Emily Kendall has added another title to her ever-growing high school resume: basketball player.
During a recent home game, Kendall, a senior and first-year player for Mobile Christian School in Alabama, scored the final four points for her team, resulting in a 56-23 victory for the Mobile Leopards.
“In most basketball summaries, Emily Kendall’s four points … wouldn’t garner so much as a second look,” The Mobile Press-Register in Alabama reports. “However … Emily Kendall isn’t most players.”
Kendall — who is loving the senior year spotlight — has Down syndrome.

“I called timeout with about three minutes left and asked (the opposing team’s) coach about putting Emily in the game, Mobile Christian coach Teresa Scruggs said. “She was all for it and talked to her team.”
Emily dribbled down court several times and scored two baskets — the last four of the game. When she missed, one of her teammates — and one time even (an opposing) player — rebounded and threw the ball back to her for another shot attempt.
When Emily made her first basket, she turned to the Mobile Christian student section and raised both fists in triumph.
“The crowd already was cheering, but I guess not quite enough,” Emily’s father, Tony Kendall, joked.
This was not just a basket — or in this case two baskets — in what many people would call garbage time.
It was another monumental step for a young lady whose love and affection has reverberated at Mobile Christian for four years.

Read the full story.
Emily Kendall is a member of the Regency Church of Christ in Mobile. Her father teaches as an adjunct at Faulkner University in Montgomery, Ala. Mobile Christian School is associated with Churches of Christ.
Read our previous coverage of Kendall’s reign as homecoming queen.