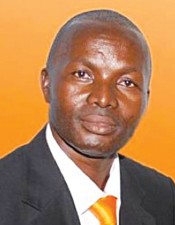 STAFF REPORTS
KISUMU, Kenya — This western Kenyan city is the stronghold of Raila Odinga, a candidate in Kenya’s recent elections.
Battles with police broke out here after the country’s supreme court confirmed that Odinga’s rival, Uhuru Kenyatta, won the election. Two people died.
The recent violence was much less than the bloodshed that followed the elections of 2007, when Kisumu was a focal point of ethnically charged riots. More that 1,000 people died in that wave of violence, including at least 10 members of Churches of Christ.
Kisumu’s church members are thankful the violence this year wasn’t worse. They’re also thankful that one of their own is among the elected — and hopeful that he will help ensure a better future for their country.
James Were, an administrator for the church-run Ring Road Orphanage and school, captured a seat as County Representative of Nyalenda county.
He will sit on the county assembly, help craft legislation and oversee the dispersal of services and resources from the Kenyan government to the county, “so that people at the grass roots can share in the national cake,” said Charles Ngoje, a church leader who works with the Nairobi Great Commission School.
Working with fellow Christians, Were has served the people of Nyalenda’s slums, providing them with medication, education, food and clean water.
Now “he will have access to public resources,” Ngoje said, “and (can) use them to further meet the basic needs of the poor in the name of God.”