ZAGREB, Croatia — I’ve spent the week in this Central European nation with a mission team from the Crestview Church of Christ in Waco, Texas.

My oldest son, Brady, serves as youth minister for the Crestview church. I’ve enjoyed the time with him and his hard-working teens, who are helping with “Champs Camp,” a Vacation Bible School-style day camp for Croatian children.

Brady and I team-preached on Father’s Day at the Kuslanova Church of Christ in Zagreb, Croatia — which means he preached…

Also, I’ve welcomed the opportunity to report on Churches of Christ in Croatia, where the late Mladen Jovanovic’s sudden death in 2013 gave a new generation of Christian leaders no choice but to step up.

Look for full coverage in a future issue of The Christian Chronicle.

• ‘God is bringing water today’: Erik Tryggestad has a powerful story from Dono-Manga, Chad. He reports that on a mission trip to the Central African nation, workers with Hope Springs International saw the all-encompassing need for clean water — and how it opened floodgates for the Gospel. Be sure to the check out the accompanying video, where a “VERY hot and sweaty” Tryggestad — his own words — makes a cameo. 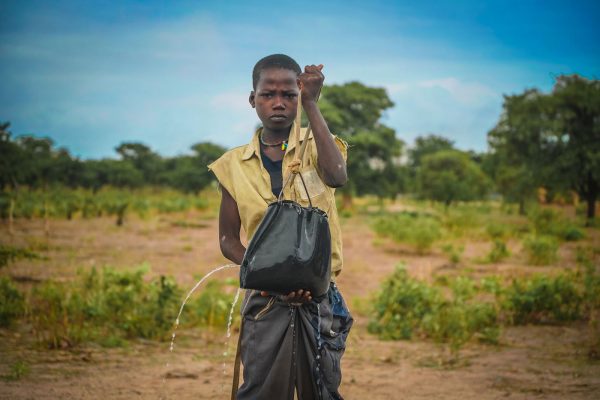 A boy draws water from a shallow well in southern Chad. Hope Springs International plans to drill a new, better well for his community.

• For Christian retirees, it’s gospel before golf: Sojourners crisscross the country as they dedicate their golden years to serving Churches of Christ and their ministries. Read the feature by Dave Hogan, who is director of donor relations for Mount Dora Children’s Home and a member of the Orange Avenue Church of Christ in Eustis, Fla.

• How churches can bridge the marriage divide: “As melodramatic as it sounds, if we could make more families the way God designed them, it would fix about 90 percent of the problems in our country,” says Trey Morgan, minister for the Childress Church of Christ in Texas. This is a freelance piece that I wrote for Facts & Trends magazine.

How Churches Can Bridge the Marriage Divide https://t.co/YnItMaj9mH

• First woman to chair Pepperdine University’s board: Dee Anna Smith is the first woman and the first graduate of Pepperdine appointed to the lead the board of the Malibu, Calif., university. Smith is chief executive officer of Sarah Cannon, the Cancer Institute of HCA Healthcare. She is a member of the Churches of Christ and attends Ethos Church in Nashville, Tenn., according to the Pepperdine news release.

• Jimmy Carter’s Baptist church has a new pastor: The former president’s small church in his hometown of Plains, Ga., always makes a lot of headlines. The latest news, via the Atlanta Journal-Constitution, is that the congregation where Carter has taught Sunday school for years has its first black pastor.

Finally, a short video from here in Croatia