It turns out those experts in Israel were on to something.

As Christian Chronicle readers may recall, I traveled to the Middle East earlier this year through the American Jewish Committee’s Project Interchange. 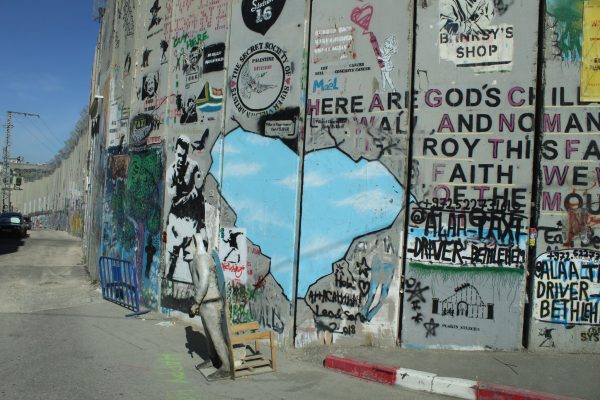 The wall separating Bethlehem from Jerusalem.

One issue that I highlighted in a front-page Chronicle story was the secular-religious divide in the Jewish state. I’m not sure even the experts realized, though, how big an issue that divide over Israel’s future would become so soon.

• Next mayor of Dallas puts faith in ‘good Lord above’ and voters: Eric Johnson, a member of the Mountain View Church of Christ in Dallas, was elected as the top official in the nation’s ninth-largest city. My story recounts the humble beginnings of Johnson, who grew up in the Dallas West Church of Christ — where, not coincidentally, he returned on the morning after his win in Saturday’s mayoral runoff. 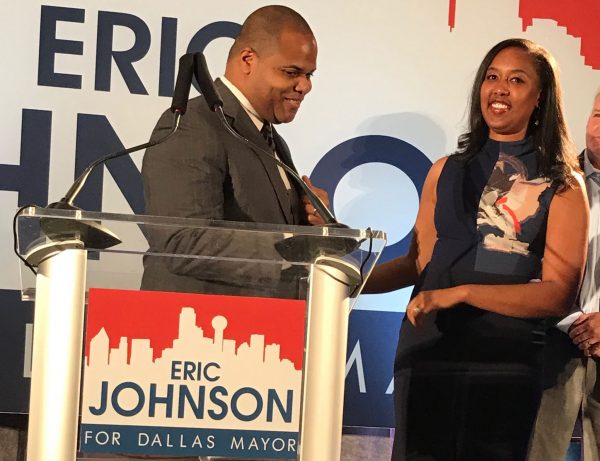 • The mission at home: After a dozen years as missionaries in Mexico, Sean and Jeni McClue minister in a place too often neglected by Churches of Christ — the inner city of their hometown. Erik Tryggestad traveled to Phoenix to report this compelling story.

• Bridging the generational divide in the church: During the recent National Lectureship in St. Louis, I interviewed Carlus D. Page about his efforts to engage the faith of young adult Christians. “Our young adults are often neglected,” the 35-year-old minister told me.

• Church relief teams helping in eastern Oklahoma: We’ve highlighted the “disaster deacon” at a Tulsa, Okla., congregation and reported on Christians helping after flooding in Oklahoma and Arkansas and tornadoes in Ohio. But we haven’t mentioned what’s happening in eastern Oklahoma: The Muskogee Phoenix reports that teams of volunteers from Churches of Christ are working in the small town of Fort Gibson.

• Hundreds of young people learning and serving in York, Neb.: It’s “Soul Quest” week at York College, a four-year higher education institution associated with Churches of Christ. The York News-Times reports that hundreds of campers are letting their lights shine in the Nebraska community — “including washing cars, painting fire hydrants, picking up trash, doing yard work at the schools and parks, washing fire trucks and more.”

• Her evangelical megachurch was her world. Then her daughter said she was molested by a minister: “Evangelical churches have long distanced themselves from the sexual abuse crisis that has consumed the Catholic Church,” The New York Times reports. “But a reckoning has arrived.” GetReligion’s Terry Mattingly has more on this week’s Southern Baptist Convention annual meeting and the denomination’s effort to fight sexual abuse.

Read this blockbuster piece from @elizabethjdias on a case of sexual abuse — and how it was handled — at one of the most prominent evangelical megachurches in Texas:https://t.co/xcoJFwwZzm

• Catholic bishops approve new sex-abuse reporting hotline: “U.S. Catholic bishops voted Wednesday to create a new national sex-abuse hotline run by an independent entity, a decision that represents one of the church’s most tangible steps yet in confronting its sex-abuse crisis,” The Associated Press reports.

RELATED: A perpetrator in the pews at a Church of Christ in Pennsylvania

Finally, a picture is worth … 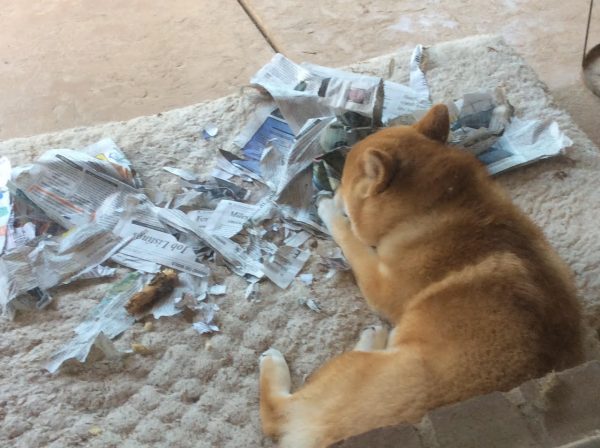 The Christian Chronicle after Bob Burckle’s puppy got finished with it.

Apparently, not everybody is a fan of The Christian Chronicle.

Or maybe Kenji, the 8-month-old puppy of Eastern European Mission President Bob Burckle, was just having a bad day.

In any case, Burckle asked our advertising manager, Tonya Patton, if we’d send him a new copy of the latest Chronicle after Kenji tore up his. She was happy to oblige.

Kenji, an 18-pound, pure-bred Shiba Inu, really is a cute dog. Maybe if he reads a few more articles, he’ll learn to tolerate our work. 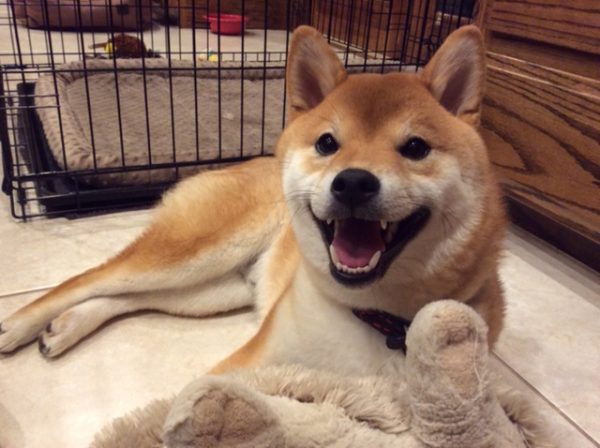 Kenji when he’s not ripping apart The Christian Chronicle.