Jimmy Hinton is a hero.

When a victim told him that Hinton’s father — a respected, longtime preacher — had sexually assaulted her, Hinton listened. He believed her. And he immediately reported the allegation to police. As a result, an investigation ensued that uncovered a long history of abuse.

Sadly, too many church leaders placed in similar situations hide abuse, protect perpetrators and shame victims rather than wrap them in the loving arms of Jesus.

“These survivors are desperate to know that not all church leaders protect abusers,” Hinton said in our Page 1 story about the #ChurchToo social media movement.

Let us not mince words: True followers of Christ do not hide sexual abuse, no matter what the cost to individual congregations or reputations. 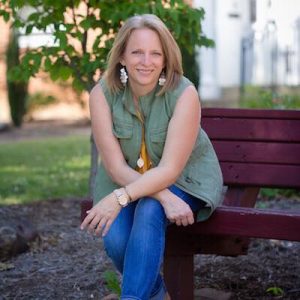 “As a therapist, I did not need #ChurchToo to tell me sexual assault is rampant in our churches,” Christine Parker, a member of the Grand Central Church of Christ in Vienna, W.Va., told us. “I’ve heard story after countless story as the victims sit on my couch seeking hope for healing.

“Often, it’s been years, even decades, since the assaults,” Parker added. “If they told anyone at the time, they often weren’t believed. If they were believed, they likely were told to forgive at best. At worst, they were blamed and shamed.”

Make no mistake: Those who ignore such evil share in that evil.

Dear Lord, please touch our hearts and give us the strength, the courage and the integrity to do all in our human power to ensure that no precious child of God is victimized.

But we live in a fallen world.

When such atrocities do occur, let us resolve to rally around victims and bring evildoers to justice, just as Jimmy Hinton did in his father’s case.