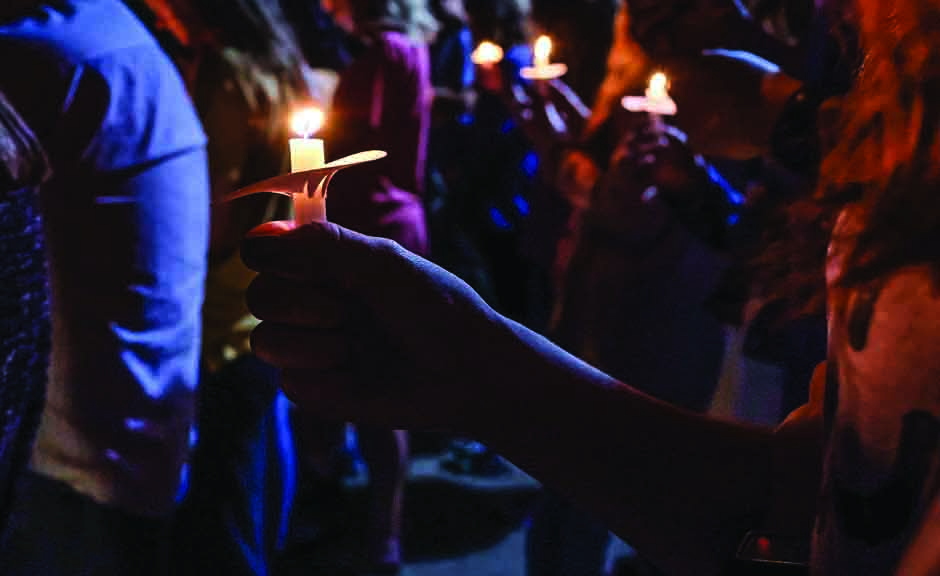 Editorial: As the world watches, may we point to the Light

‘Let the spirit of the Lord, just let it rise among us. Let the praises of our king …”

That snippet of the contemporary hymn “Let it Rise,” led by Botham Jean during Sunday worship at the Dallas West Church of Christ, played across thousands of speakers as National Public Radio reported on the funeral for the 26-year-old Christian.

On television sets, computers and mobile devices around the world, millions of souls watched brief glimpses of Jean leading “10,000 Reasons” (“Bless the Lord, oh my soul”) at his alma mater, Harding University. News stations across the country carried footage of students at the Searcy, Ark., university holding candles and singing “Magnificat” (“My soul magnifies the Lord”) in honor of their fallen alum.

“It starts with a solo voice and turns into a chorus,” a reporter with WFAA in Dallas posted on social media, describing the Harding students as they sang “The Greatest Commands.”

For the second month in a row, we’ve reported on tragedies that thrust our fellowship into the harsh glare of the media spotlight. Last month it was the Missouri duck boat tragedy, which claimed the lives of three Christians from two Churches of Christ — Steve and Lance Smith of Arkansas and Ray Coleman of Indiana.

As she talked about the terrible loss of her husband and her son, Pam Smith told CBS News about her family’s faith and the support they’ve received from fellow members of the Osceola Church of Christ in Arkansas.

So powerful was her testimony that one CBS anchor said, “Thank God she has that church.”

Stanley J. Hubbard, minister for the Kingsley Terrace Church of Christ in Indianapolis, spoke to us about Coleman’s life. As terrible as the duck boat tragedy was, he said, it focused worldwide attention on the fragility of life — and the amazing gift God gives us in each other.

“We pray that the harsh light of the TV cameras may point souls to the marvelous Light of our Savior.”

Now the world turns its attention to Botham Jean and our faith community. We’re crushed and confounded by the act of violence that took his life. At his memorial service, we particularly were moved by the words of Dane Felicien, a fellow believer from the Caribbean.

“Botham was a worker of the Lord,” Felicien said. “Botham wanted everyone to be saved through the blood of Jesus Christ.

“Botham was not perfect. No one is perfect. The Bible teaches us that God, who is rich in love, mercy, grace, gave us salvation through the death of his only son Jesus Christ for the whole world … to any who would choose humility to God’s word and a repentant heart.

“That is what Botham, a child of the most high God, would have wanted you to know.”

Amen. We pray that the harsh light of the TV cameras may point souls to the marvelous Light of our Savior.

It starts with a solo voice and turns into a chorus.