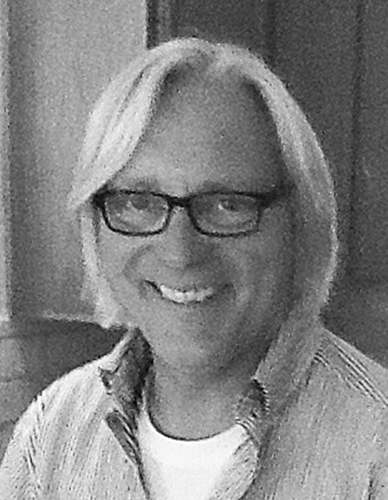 Submitted
Earle Barry Robinson III, grew up in Johnstown, Pa., and graduated from Westmont Hilltop High School in 1972. Two years after his graduation, he married Sharon and started his ministry. Feeling the guiding hand of the Father, he moved his new family to Lubbock, Texas, to attend and graduate from Sunset School of Preaching in 1977. He returned home to Johnstown and served as a minister at a local Church of Christ. His love for people and influence in others continued to grow.

Earle and Sharon then moved to Fargo, N.D., in 1979, after a colleague of Earle’s invited them out to help with the needs there.
He served as minister for 15 years. Not only was Earle the pulpit minister, he also used his time during the service to invite the children up front for a kid-oriented sermon with hand-drawn cartoons of Bible stories. Additionally, he used puppet shows and exciting illustrations to reach out to children in the hospital.
During their time in Fargo, the Lord blessed them with a son, and he passed his family’s namesake on to him — Earle Barry Robinson IV. Teaching, helping and instructing others in their walk with Christ were only part of Earle’s job. He always found time to take care of his family, support Sharon as she pursued a Ph.D. and be the most loving husband and father.
Earle enjoyed God’s creation from a young age and loved being able to take his family camping. Passing on life lessons and sharing time together became one of the their most cherished memories. The love of life, family and the Lord continued to be the driving force in Earle’s life.
He then moved to Battle Creek, Mich., in 1994 after Sharon’s Ph.D. and acceptance of a job. He connected with the 20th Street Church of Christ and served as the Youth and Outreach Minister. Earle led youth trips to Bible rallies all over the nation and camping trips to northern Minnesota.
His endless energy and vibrant soul helped him connect and influence the young and the old. His desire to baptize and lead people to Christ had no end.

In 1999, the family moved to College Station, Texas, where he began work at Bryan Texas Utilities as the Production Support Operator. In addition to his responsibilities, he quickly became fond of guiding tours of the power plant facilities for city employees and student engineers. He also was the volunteer leader for the children’s church at the A&M Church of Christ in College Station. His love and his passion for the young never dwindled — still teaching the young with the same cartoon illustrations he made 30 years earlier.
On Sunday, May 4, 2014, Earle was welcomed home to the Father. All his life, Earle told everyone he met — young and old — about the people of the Bible. His family takes great comfort in knowing that Earle has joined that heavenly host and that he has been restored by God as told in Isaiah 40:28-31.