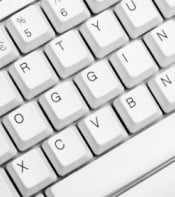 Erik Tryggestad
For Bob Valerius, saving souls in Haiti just isn’t enough.
Valerius, who works with the Cap Haitien Children’s Home, spends his spare time sharing his faith with fellow Americans. He’s found an unlikely venue — newspaper Internet forums that allow readers to post views on a range of topics.
The online conversations got a bit heated between the missionary in Haiti and Peggy Jones in Bridgeton, Mo., in the Current Events forum of the St. Louis Post-Dispatch’s Web site.
“I challenged him at every turn, both for his methods and because I was a non-believer,” Jones told The Christian Chronicle. But they kept exchanging posts, and Jones came to appreciate the missionary’s faith. She started reading the Bible and asking him questions. In April 2008 she was baptized.
WANTED: ‘A FIRM UNDERSTANDING OF GOD’
Jones wasn’t searching for faith online, but many Americans are. That’s welcome news for Churches of Christ struggling with falling numbers.
The 2009 edition of Churches of Christ in the United States, published by Nashville, Tenn.-based 21st Century Christian, shows a drop of 41,440 members nationwide since the previous edition of the directory three years ago.
But Americans numbering more than five times that loss — 217,228, to be exact — are enrolled in World Bible School’s online courses.
The 35-year-old ministry, based in Cedar Park, Texas, is almost synonymous with global evangelism for Churches of Christ — especially in Africa. But since the ministry started offering its courses through the Internet 14 years ago, the majority of enrollees have come from the U.S., which today accounts for slightly more than half of its online student body.
“Just to see the numbers of students enrolling from the U.S. brings me hope for our nation,” said Kit Mullins, vice president of Internet ministry. And few of the U.S. students are church members. Most are ages 25 to 50 — people “who are settling into careers and raising families,” she said. Most are interested in Bible studies — not devotionals. “They want to get a firm understanding of who God is and what he wants for their lives.”
In the past two years, World Bible School has adapted its online courses to meet the needs of online seekers, especially those in the U.S., Mullins said. The ministry has worked to make its courses usable on handheld devices such as iPhones. In 2011 the ministry plans to roll out a new online system, designed to help U.S.-based evangelism, Mullins said. The system will have components for “individual teachers who want to be missionaries from home and churches that want to target an area of the country … or world.”
When students ask to be baptized, World Bible School teachers refer them to nearby Churches of Christ. Two of the first U.S. converts to study courses by e-mail were baptized by members of the Burlington, Iowa, church.
Burlington member Mike Alberts, who worked with the new converts, said he was encouraged “to see that there are people out there in our local area seeking out God’s word on their own, acting on it and requesting baptism to become a Christian.”
“I think the mission field in America is just as ripe as it is anywhere else,” Alberts said. “We just have to be more educated now on how to harvest.”
Lance Tolar, a technology consultant for World Bible School, agrees.
While traditional evangelism often focuses on getting visitors into church pews, such efforts rarely work on Americans who are “disillusioned with church” but “not necessarily disillusioned with God,” he said.
“Statistically, we know there is a church down the street in the U.S., yet people are choosing an online option, often before or instead of a traditional option,” Tolar said.
“Why are thousands of people looking online — and finding answers — and not looking in the church building? We must critically contemplate this question.”