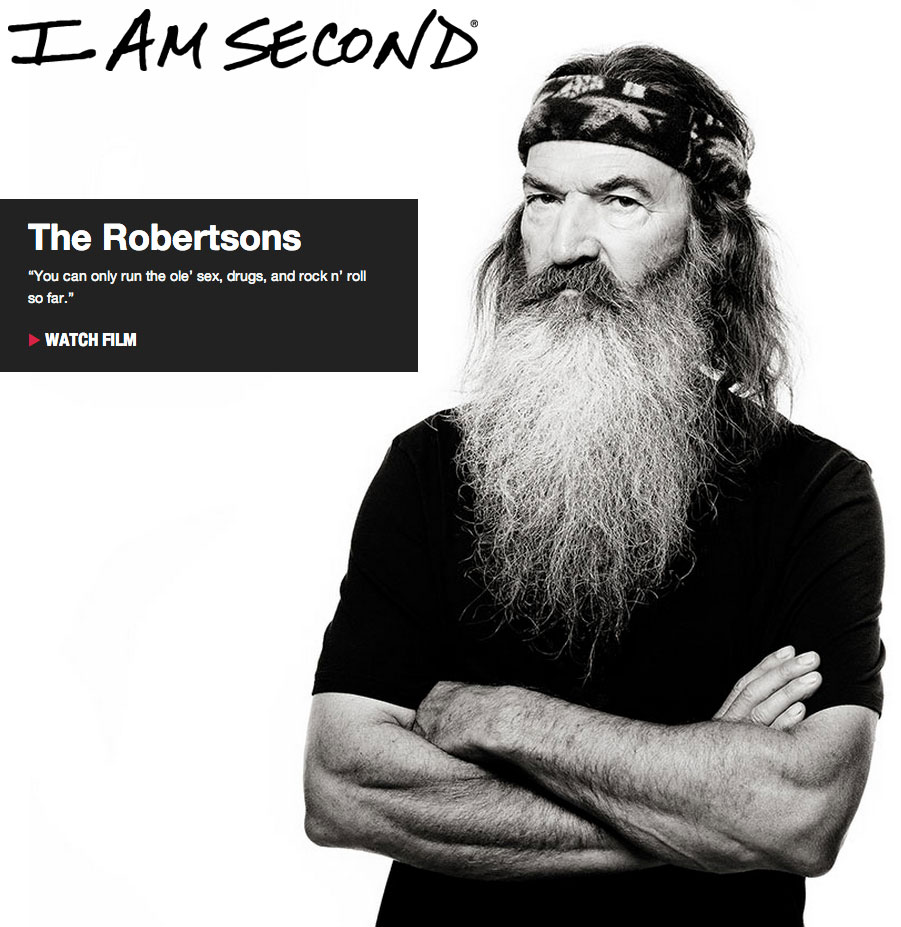 ‘Duck Dynasty’ stars talk about their addictions and redemption through Christ

Put down your duck calls and grab a box of tissues.

In a 30-minute video for the I Am Second series, three generations of Robertsons, the stars of A&E’s “Duck Dynasty,” discuss the struggles they’ve overcome — only through their faith in Christ. The family attends the White’s Ferry Road Church of Christ in West Monroe, La.

There are no antics, no jokes and no Uncle Si — just heart-wrenching testimony, delivered directly to the camera.

• Family patriarch Phil Robertson (an elder of the White’s Ferry Road church) and Miss Kay talk about the rocky start to their marriage — fueled by Phil’s alcoholism and anger — and the Duck Commander’s redemption through baptism.

• Jep Robertson talks about his failures to battle his own demons — including drug addiction — and his family’s loving-but-stern intervention. Come back to Christ or leave.

• Reed Robertson (son of Jase and Missy) talks about the cynicism and disconnect after the family’s fame that led to thoughts of suicide — and how his faith and his family helped him cope.

See Bobby Ross Jr.’s 2012 feature, including interviews with the family about their Christian beliefs: Faith, family and ducks: Behind the scenes of ‘Duck Dynasty’