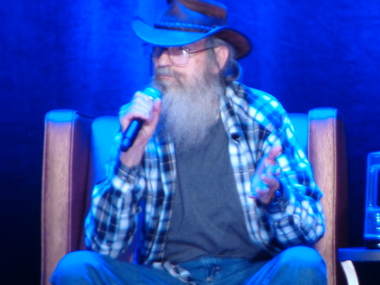 MONTGOMERY, Alabama — More than 3,000 “Duck Dynasty” fans filled the Montgomery Renaissance Convention Center on Saturday night to attend a speaking event featuring two of the show’s stars, Si and Willie Robertson.
The appearance was sponsored by Faulkner University to raise funds for the school’s Advancement Department and scholarship program.
During the event, the duck hunting duo discussed a variety of subjects, including tales about each of the A&E hit show’s cast members, their faith and the duck calling business that developed into a multimillion dollar enterprise.

Voices Only: ‘Soul’s Anthem (It Is Well)’

'Every time there's hope, it seems to die. And the…