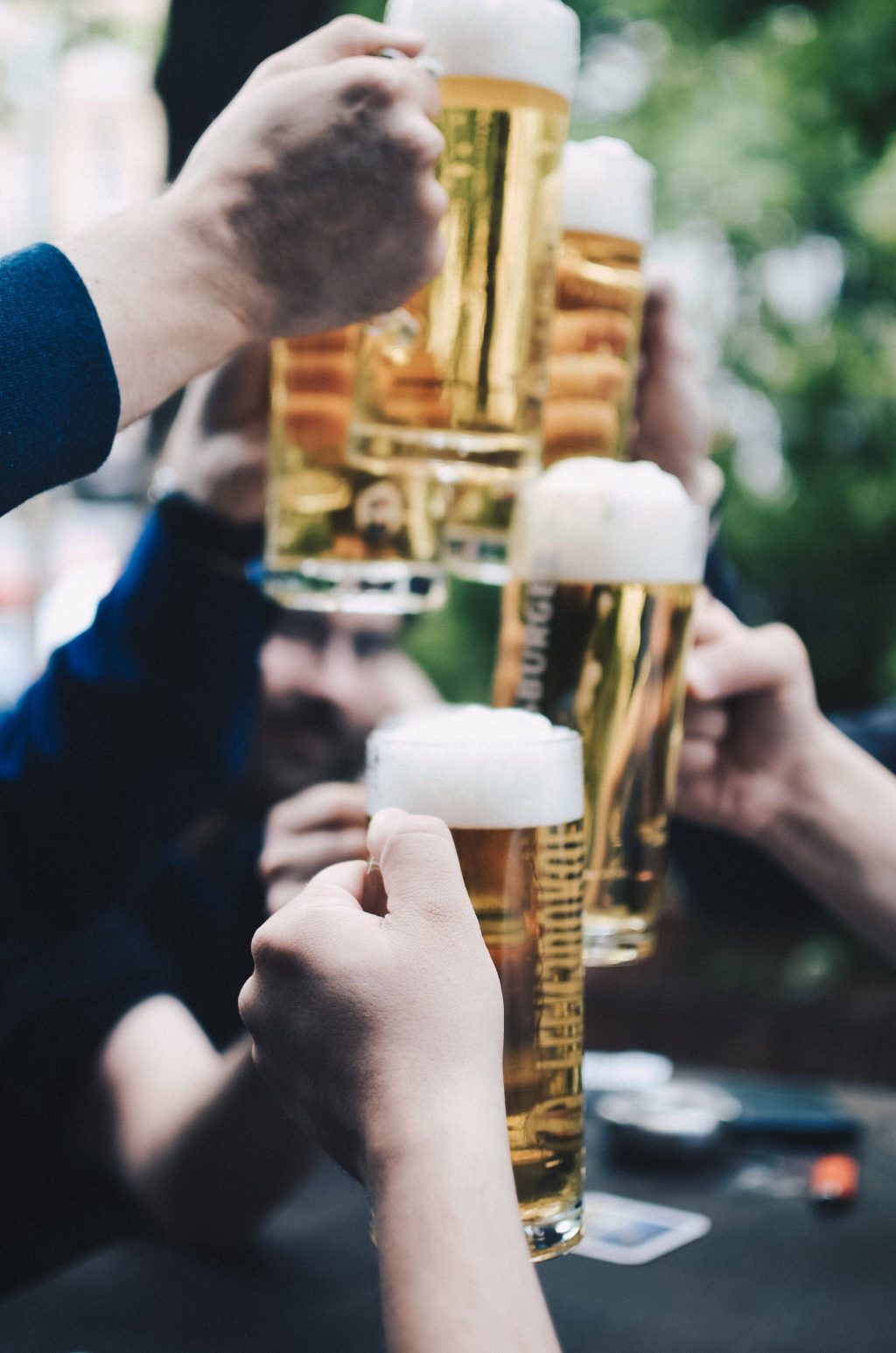 Inside Story
Photo by Quentin Dr on Unsplash
Print
Share:

To drink or not to drink? Christians differ on question

One church elder says he 'shepherds' some of his congregation's 20-somethings over beers at various establishments.

OKLAHOMA CITY — Not long after I joined The Christian Chronicle staff in 2005, I traveled to the northeastern U.S. to work on a story.

To welcome me, one church organized a Saturday night supper with the congregation’s ministers, elders and wives.

I’m sure the meal was delicious. But what I remember is when the wine glasses — and bottles of wine — came out.

I grew up in a household where my parents didn’t drink. People who attended my home congregation didn’t drink. Or if they did, they sure didn’t tell anybody.

Bible Belt Bobby was not expecting that!

I tried not to look too uncomfortable sipping water at a dinner party full of church leaders drinking alcoholic beverages.

I grew up in a household where my parents didn’t drink. People who attended my home congregation didn’t drink. Or if they did, they sure didn’t tell anybody.

“Americans who attend religious services weekly are less likely than others to drink alcohol, reflecting the centuries-old connection in American history between religion and the perceived immorality of drinking,” Frank Newport, a Gallup social scientist, noted in a recent column.

Increasingly, though, I encounter fellow Christians who do imbibe — stressing that they do so in moderation and arguing that the Bible teaches against drunkenness (such as Galatians 5:21), not drinking per se.

A few years ago, country artist Thomas Rhett — an alumnus of Lipscomb University in Nashville, Tenn. — even had a hit single titled “Beer With Jesus” with these lyrics:

“If I could have a beer with Jesus / Heaven knows I’d sip it nice and slow / I’d try to pick a place that ain’t too crowded / Or gladly go wherever he wants to go.”

When I asked for feedback for this article, I heard from Josh Zahn, an elder of the East Sunshine Church of Christ in Springfield, Mo.

Zahn told me he “shepherds” some of the church’s 20-somethings over beers at various establishments. (Bible Belt Bobby was less surprised by this than he would have been a few years ago.)

“To me, it is more than ‘that’s how they relate,’” Zahn explained in an email. “While I enjoy beer and wine (mixed drinks, very rarely), I see it more as a part of ordinary life.

“Sure, some people will ask why you need alcohol to relate to people or a particular generation,” he added. “I see it more as understanding what is important and what is not in relationships, and things like whether or not one drinks alcohol is secondary to the importance of relationships.”

I heard, too, from Dana Jaworski, whom I met during a 2014 reporting trip to cover the 50th Alaska State Lectureship.

Jaworski described her journey from moderate drinker in a wine-mom culture to “clean-faced preacher’s wife sitting in the pew on Sunday morning, nursing her first of many hangovers for the week.”

What the mother of three had to say is so much more compelling and nuanced than my brief summary here that I decided to publish her full story (read it here).

At first, Jaworski wasn’t certain she wanted her name included. But after praying about it, she chose to be open about her own experience in hopes of helping others. I applaud her courage in doing so.

“In the Navy, I was the guy they’d feed a six-pack and point at the Marines to see what would happen.”

Among others who offered feedback was Jay Kelley, evangelist for the Austin Street Church of Christ in Levelland, Texas.

He told me he encourages fellow Christians not to drink, but he doesn’t make abstinence a fellowship issue.

Kelley shared that he is an alcoholic, even though he hasn’t had a drink since 1987. “In the Navy, I was the guy they’d feed a six-pack and point at the Marines to see what would happen,” he said.

Monalea Micham, a member of the Jal Church of Christ in New Mexico, said alcohol consumption causes too many problems for her to recommend it.

“I have seen child abuse, sexual abuse, spousal abuse, drunk driving that kills too many and much more come from it,” Micham said.

Cecil May Jr., retired dean of the Bible college at Faulkner University in Montgomery, Ala., echoed that sentiment.

Cecil May Jr., front center, celebrates his 85th birthday with his children, grandchildren and great-grandchildren at a family member’s home in Edmond, Okla.

“I have seen too much human wreckage caused by alcohol to have even one good word to say about it,” May said. “I urge you: Be a teetotaler.”

Jim Frost, a former church elder in Wisconsin, said he occasionally drank too much as a younger person.

“Do we believe, if Jesus felt drinking wine was a sin, he still would have obeyed his mother’s wish?”

But Frost said he hasn’t crossed that line in 40 years, even though he occasionally enjoys a little wine.

He points to Jesus turning water into wine at a wedding feast in John 2.

“Do we believe, if Jesus felt drinking wine was a sin, he still would have obeyed his mother’s wish?” Frost asked. 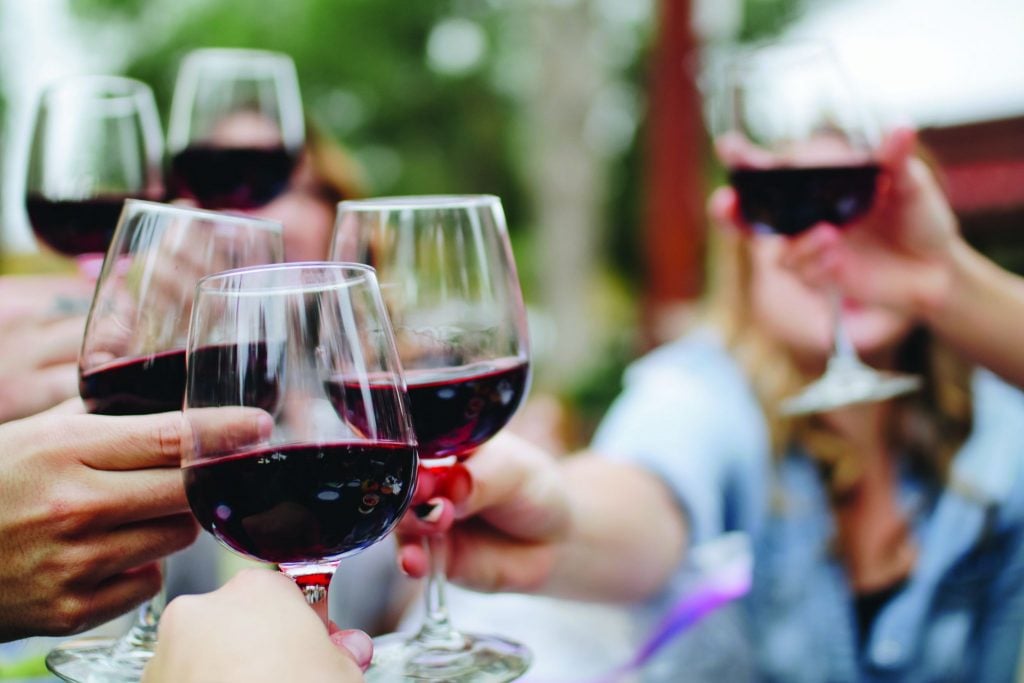 How my drinking became an idol

While some Christians may drink alcohol responsibly, many may be…