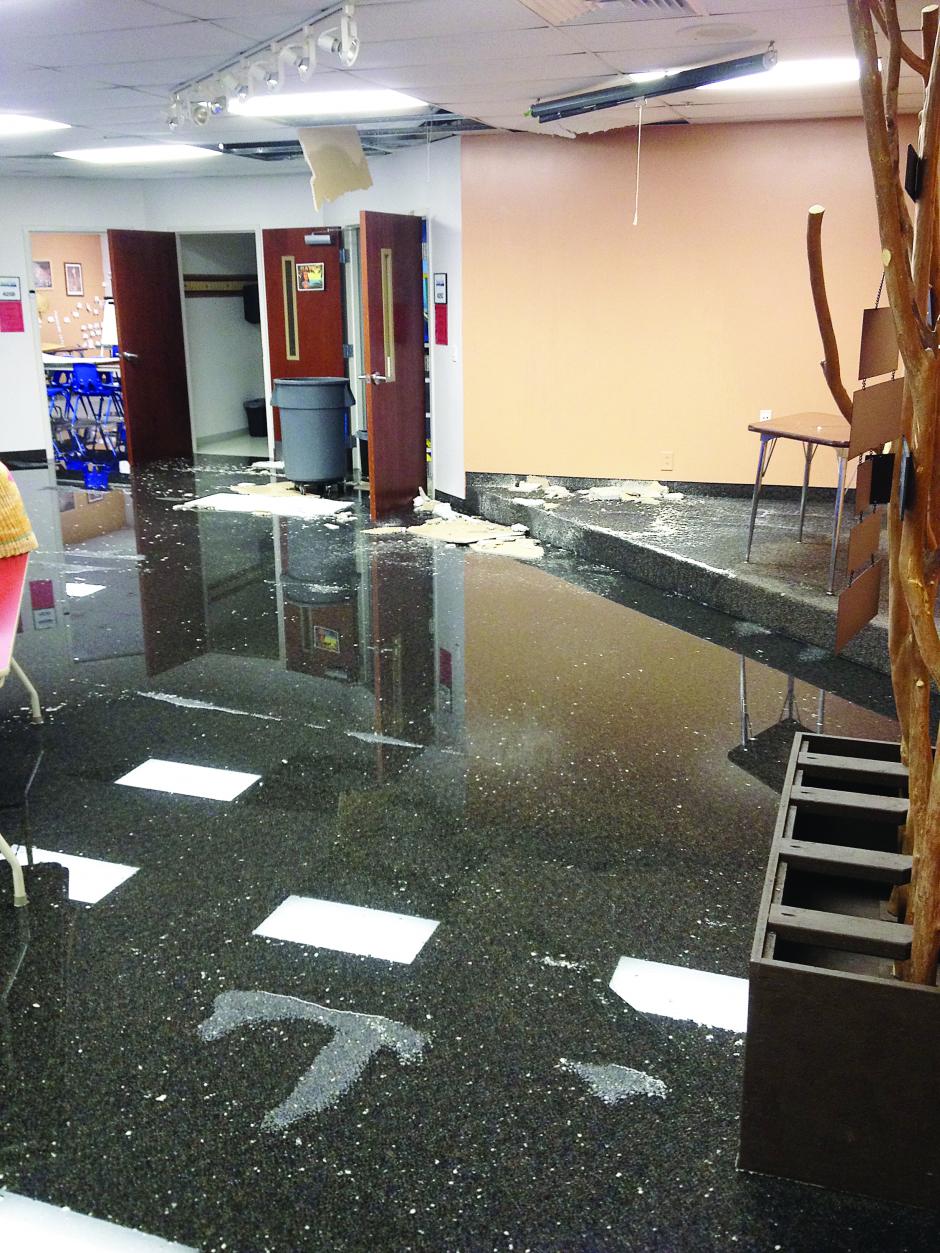 “The pipes froze sometime Monday,” said John Grant, an administrator at College Hills Church of Christ. “When the Tuesday afternoon sun warmed the roof, the pipes thawed and then the water started spraying.”

He said church officials discovered the damage Tuesday at about 3 p.m.

“Water was gushing through the ceiling over the 4th-6th grade classrooms,” said Grant. “There was about an inch of water standing in four large classrooms, and it seeped into a nearby hallway.”