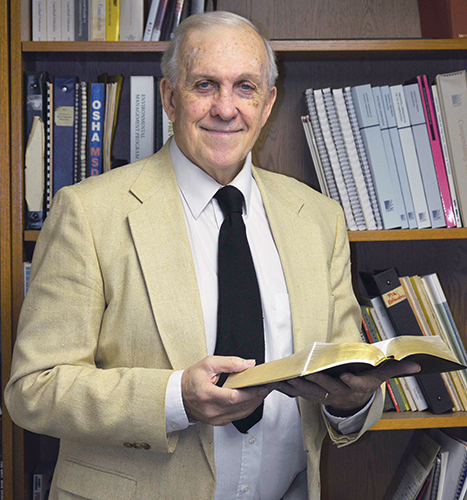 Don’t seek the ‘gist’ of Scripture — get it right

Lynn McMillon
President Emeritus
A lifelong love of Greek, Hebrew and the Word of God helped 74-year-old Stanley Morris complete his magnum opus — a new translation of the Bible.

The International English Bible, or IEB, offers the entire text at a fourth grade reading level, complete with 18,000 notes, an introduction to each book and 61 colorful charts, maps and detailed satellite images of the lands mentioned in Scripture.
Morris’ love of biblical languages dates back to 1960, when he sat in a Greek class taught by legendary scholar Hugo McCord on the campus of Oklahoma Christian College (now University) in Oklahoma City. Later he studied Hebrew with McCord.
After four years of graduate study at Harding School of Theology in Memphis, Tenn., Morris moved to Cincinnati for further study at Hebrew Union. From there he received an invitation from the translations department of the American Bible Society in New York to work as an editor of scholarly biblical texts and foreign-language manuscripts. He earned a master’s and a doctorate in linguistics and studied cultural anthropology.

In 1981, he completed a translation of the New Testament, the Simple English Bible, and has worked continually to refine it.
He and his wife, Sheila, live near Branson, Mo.
There are so many English translations of the Bible. Why make another one?

Because no translation of the Bible is perfect. There is always room for improvement.
Unlike the ancient prophets and the apostles of Christ, Bible translators are not inspired. The principal task of a faithful Bible translator is to accurately convey the meaning of the original Hebrew, Aramaic and Greek texts of the Bible.
People in all periods have yearned to know what the Bible really means to them. How can it be a good translation if people are failing to comprehend the true meaning? The popular axiom, “The more literal the translation is, the more accurate it is,” is misleading because idioms do not usually translate well into another language. We need to know what cultural idioms in the Bible meant originally and how we should understand their equivalents in our present-day language.
A translator must avoid the extremes of being too literal or too general — paraphrasing. Instead, one must stay in the middle of the road, preserving the actual literal wording as closely as possible, but, at the same time, expressing naturally the sense of what was originally written by the inspired authors.
We want to communicate both the deep structure and the surface structure of the original text of the Bible. We do not seek the “gist” of Scripture. Neither do we want to inject our own private interpretations into the holy text. Bible translators must be as objective as possible and not be swayed by personal biases.
They’ve got to get it right!

What are a few features of your translation?
We consistently use “immerse” and “immersion” instead of “baptize” and “baptism” because of the original meaning of the Greek words, baptizo and baptisma. In 1525, William Tyndale, the father of the English Bible, translated it as “immersion.” The King James Version revisers changed it in 1611.
Also, you will not find the English word “church” in the text of the IEB because that is a traditional rendering of the Greek word ekklesia.
Tyndale properly translated it as “congregation” in 1525, but King James I commanded the KJV translators to replace Tyndale’s “congregation” with the word “church.”
The original Greek word always meant God’s people — not an institution, a church building, or a denomination. Those did not exist in the first century. Therefore, the word “church,” though familiar, is not an accurate translation.

Isn’t translating the Bible a rather humbling experience?

It is. How could it be otherwise when one translates such passages as Romans 12:3, “Don’t think you are better than you really are. Instead, be modest in the way you think.” Or Romans 12:16, “Mix with humble people; don’t try to be clever. Don’t think you are ‘wise.’” Or Philippians 2:3-4, “Do nothing from selfish ambition or conceited pride.”
Spending most of my life translating the entire Bible was definitely worth every minute. What task could be more important than that?
It was like running a marathon. Just focus on putting one foot in front of the other, and continue doing that until you reach the 26th mile. It doesn’t matter if there’s a big cheering crowd at the finish line to greet you or not.

How does one know that he is qualified to take on such a challenge?

After studying diligently — directly under the tutelage of Gamaliel-like teachers such as Eugene A. Nida and Bruce Metzger as well as scholarly brethren such as Hugo McCord and Jack P. Lewis — I prayed that I was ready to climb that tall mountain. I gleaned all that I could from them and other professors, but, in the end, it really came down to knowing that this undertaking was a calling from God.
There comes a time when one merely needs to step up and take on the responsibility to use a God-given talent. That is one’s purpose on earth.
At the same time, I knew that Proverbs 15:22 is true: “Plans fail without good advice. But plans succeed when you get advice from many others.”
God needed a simple man to accomplish his purpose for a great majority of people in the world who do not understand the Bible.

DOWNLOAD the first six chapters of Genesis and the first four chapters of John from the International English Bible at www.IEBible.net. 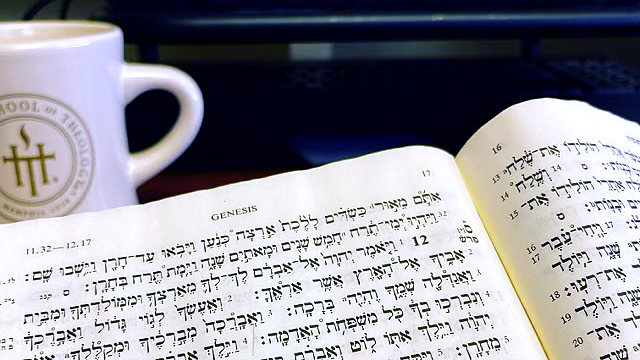