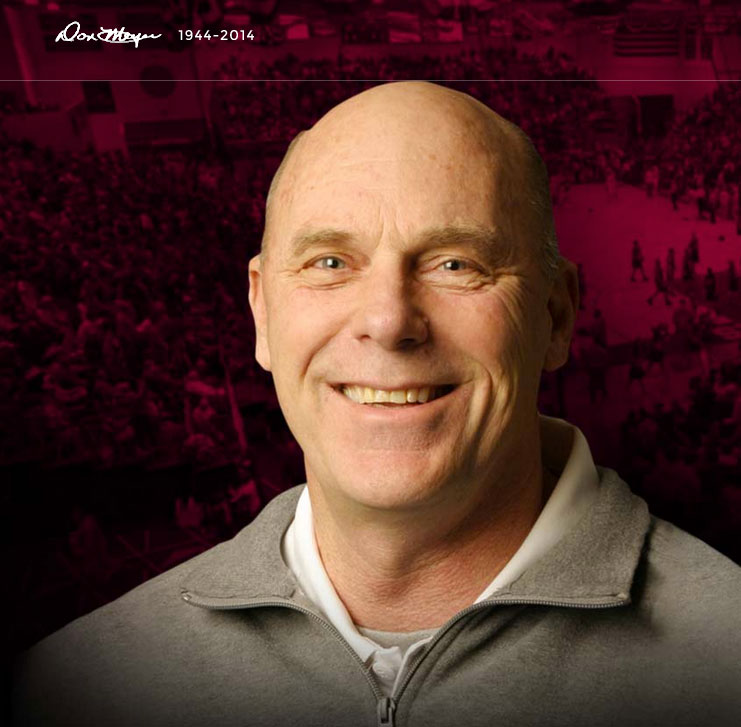 He taught basketball players 'the fundamentals of how to be the best they can be ... in their church, their family or their career,' says Lipscomb spokesman. 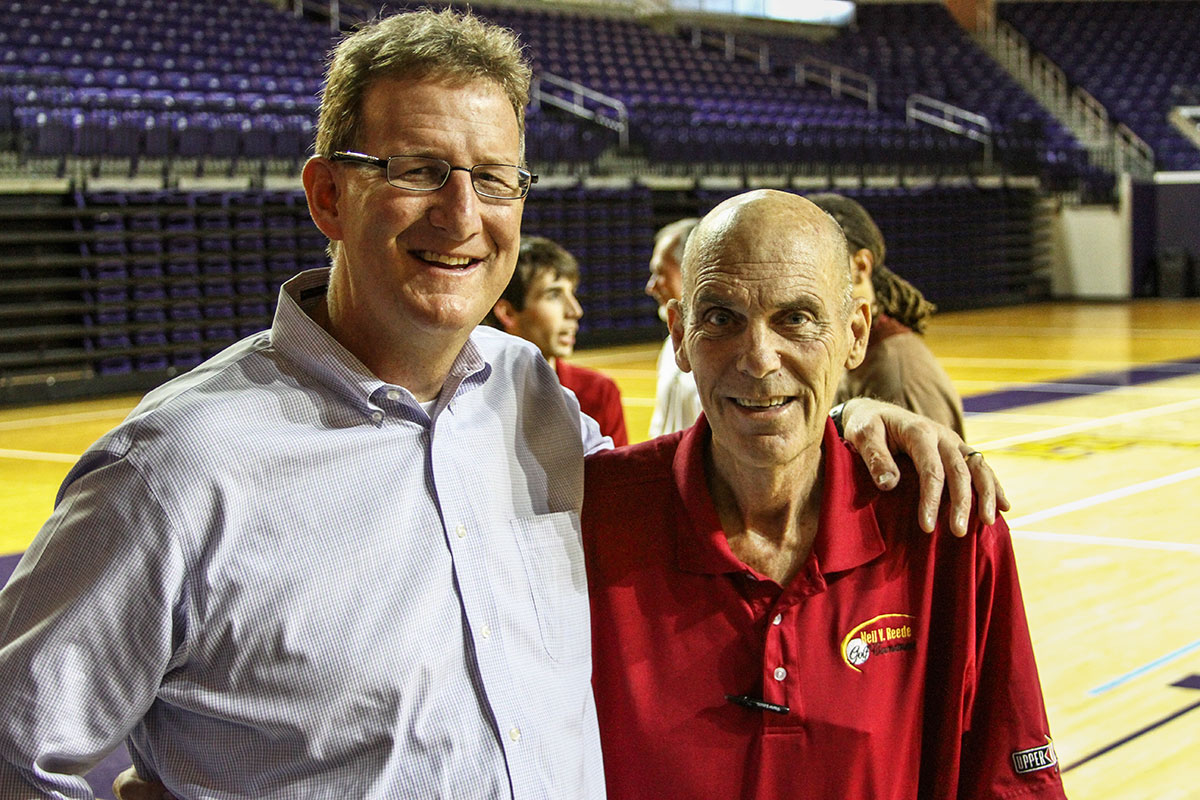 Philip Hutcheson, athletic director for Lipscomb University, and Don Meyer in a recent photo. Meyer coached Hutcheson at Lipscomb from 1986-1990. During that time, Hutcheson broke college basketball’s all-time scoring record. He held that record until 1994, when it was broken by fellow Lipscomb Bison John Pierce, also coached by Meyer. (PHOTO PROVIDED BY LIPSCOMB UNIVERSITY)

Don Meyer reached 700 wins faster than any coach in NAIA history and never looked back.

Today, those who played for him, cheered for his teams and whose lives he touched are looking back with heavy hearts.

Meyer, who established a reputation as one of the best men’s college basketball coaches in his time at Lipscomb (1975-99), died at his home in Aberdeen, S.D., on Sunday (May 18).

He was 69 and had battled cancer for the past six years. He had entered hospice care Monday after a three-day stay hospital stay.

Meyer is survived by his wife of 45 years, Carmen, their children Jerry, Brooke and Brittney and their spouses and eight grandchildren. 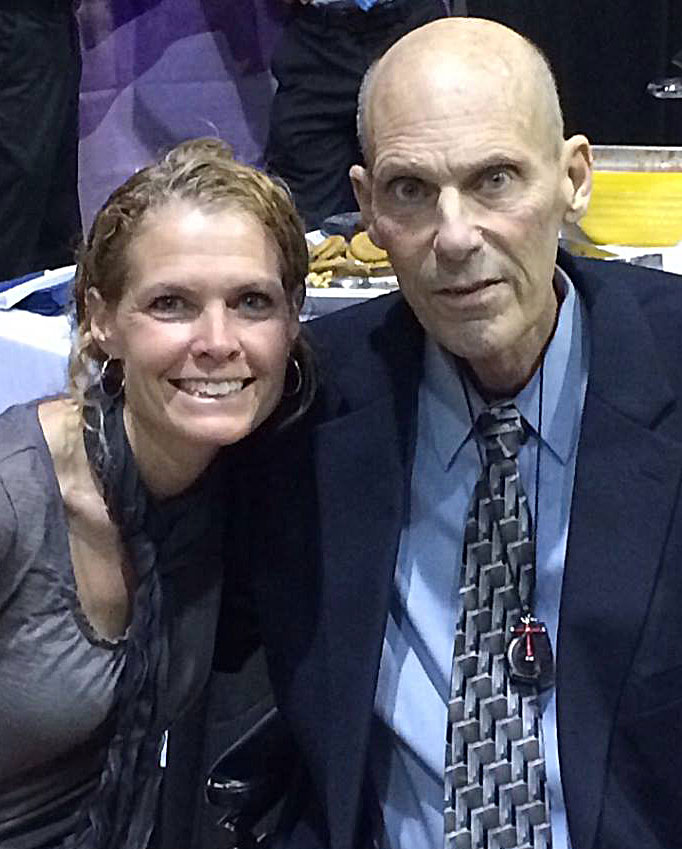 Lipscomb University set up a tribute to Coach Meyer web page for friends and fans to post memorials.

After leaving Lipscomb in the midst of a disagreement over athletic affiliation, Meyer spent 11 years coaching at Northern State University in Aberdeen, S.D.  In 2008,  he was involved in an accident on a South Dakota highway. During emergency surgery, doctors discovered slow-growing, inoperable cancer in his liver and small intestine.

In recent years, the longtime coach and Lipscomb University officials have set aside their differences and found reconciliation, Murray Evans reported for The Christian Chronicle in 2012.

Don Meyer has left this world physically and is spending eternity in heaven, but he is still very much alive in this world.

It would not be surprising if the first words he hears are, “Welcome home. Buddy,” from Lipscomb “super fan” Chuck Ross (who died in September 2013 at 68).

If the legacy of a person is the number of people he influenced then Coach Meyer’s will be taller than any memorial made of stone.

He impacted the lives of thousands upon thousands of basketball players. Not only did he teach them the skills of the game he loved, he taught them the fundamentals of how to be the best they can be whether it be in their church, their family or their career.

Meyer taught them that living a life of positive influence starts with the simplest of acts – picking up trash, saying yes sir and no sir or expressing gratitude.

To say that Meyer, who passed away peacefully at his home in Aberdeen, South Dakota after a long and courageous battle with cancer, was just a basketball coach is far too inadequate of a description of his life. He was a talker. He was a listener.  Most of all he was a philosopher who could find a lesson in almost any aspect of life.