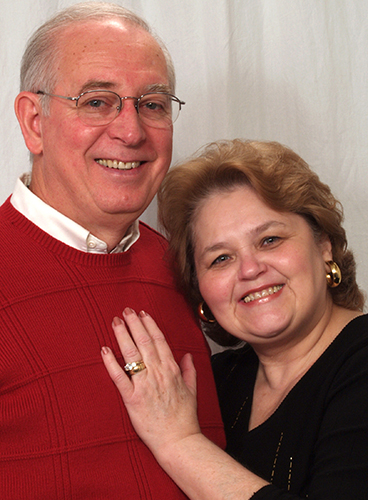 Don grew up in Cahokia, Ill., and Phyllis grew up in West Memphis, Ark. The two met during Phyllis’ second year at Harding College when Don, leaving the University of Illinois, enrolled in Harding to study Bible. They were married in Poplar Bluff, Mo., on Aug. 7, 1965.

After marrying, the Taylors made their home in Overland, Mo., where Don secured a job at General Cable in St. Louis. They were very active in teaching Bible classes and working in other areas while attending the Overland Church of Christ.

In 1979 Don took a position with Indiana Steel and Wire in Muncie, Ind. Don’s inventions for the company were very useful in the production of products. The family moved to Muncie in 1980 at the end of the school term. While living in Muncie, the family attended the Fairlawn Church of Christ where Don served as an elder.

Don and Phyllis left Muncie and moved back to St. Louis in 2002 to take care of Don’s mother until her passing.

In 2008 they moved to Broken Arrow, Okla., to be near their children who had moved into the area. Their family includes daughters Cindy (Dale) Wilson, Christy (Matt) Leach and son Wade Taylor. Grandchildren are Caleb and Jessica Wilson, Seinna Leach, Elizabeth McKitrick and Reese Taylor