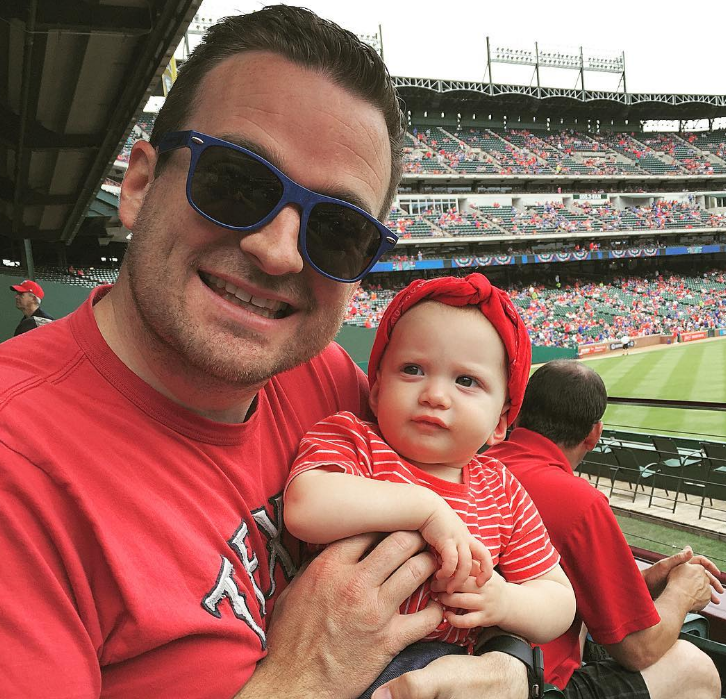 Does ‘turn the other cheek’ apply to a baseball brawl?

After Rougned Odor's now-famous punch of Jose Bautista, ministers and other church members debate whether a Christian can — or should — cheer for on-field violence.

The concept becomes a little more difficult when you’re a rabid Texas Rangers fan, sitting in the stands with 41,000 other cheering spectators, as a big-time baseball brawl breaks out.

That was the case Sunday afternoon for Travis Akins, young adults minister for the Memorial Road Church of Christ in Oklahoma City. 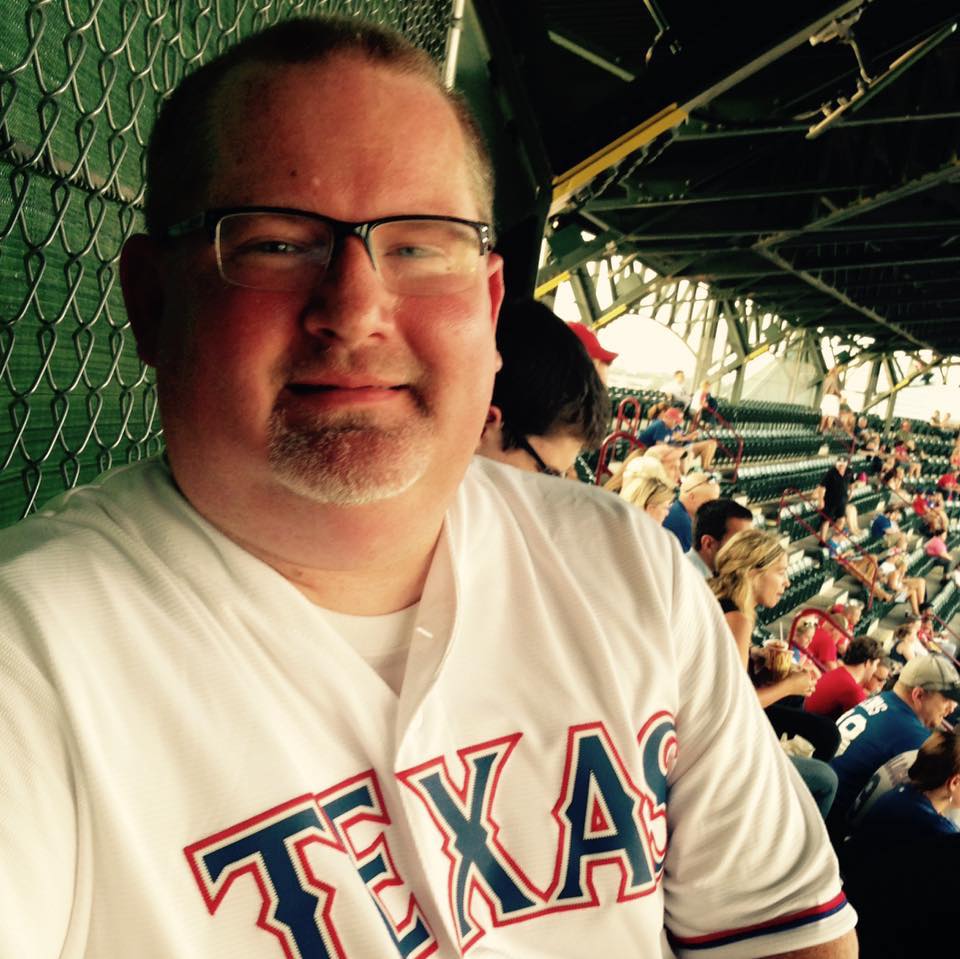 Akins, his wife, Laura, and their four children were enjoying the Rangers’ dramatic, come-from-behind win over the Toronto Blue Jays when a hit batter, a hard slide and the now-famous “Baseball Punch to End All Baseball Punches” occurred.

“I was into it,” Travis Akins said of Texas second baseman Rougned Odor’s pummeling of Blue Jays outfielder Jose Bautista. “Not the punch necessarily, but the whole atmosphere and the emotion of the moments. My kids … were wondering what was going on and why Dad was screaming.”

A few Christian Chronicle readers may recall that your friendly correspondent is a longtime Rangers fan. I first wrote about my love of God, family and baseball for the Chronicle a decade ago. And I’ve mentioned it a time or two since.

I was in the stands for the Texas-Toronto games on Friday and Saturday nights, but when the benches cleared Sunday afternoon, I was at the Keller Church of Christ for my nephew Nick’s graduating senior celebration.

However, when I heard about what happened, my Rangers fan adrenaline certainly surged.

As I wrote on a friend’s Facebook page, “I’ll admit that I enjoyed the punch on Bautista, but only the first 50 or so times I watched it.”

My friend Trey Morgan, minister for the Childress Church of Christ, joked online: “If anyone sees Jose Bautista, would you please let him know that his sunglasses landed on my lawn. He can pick them up here.”

But then I noticed a few other friends who weren’t so excited about the brawl or the message it sent.

Jordan Hubbard preaches for the Crestview Church of Christ in Waco, Texas, where my son Brady will begin work as youth minister next month.

“I can only imagine how confused a 7-year-old boy will be when he punches an opponent at a Little League game tonight and everyone is horrified rather than cheering him,” Hubbard wrote on Facebook. “What gets rewarded gets repeated.”

Jose Bautista commented on the punch he took from Rougned Odor. pic.twitter.com/i0k2bSvYoM

I asked Noel Walker, a Blue Jays fan who preaches for the Tintern Chuch of Christ in Vineland, Ontario, what he thought.

Walker said he understands why Bautista’s aggressive, outspoken approach — not to mention that bat flip — rubs some baseball fans the wrong way.

But the minister was furious with Odor’s punch and suggested, “Surely you could pick someone with a bit more moral fiber to straighten out Bautista.”

Walker is confident that Odor will receive a “two-seam free pass to first base” next time he visits Toronto.

“I would be lying if I didn’t admit that it would please me a little bit,” the Canadian minister said of a potential beaning of Odor, “but he is still a human being loved by God. Christians can love sports and enjoy cheering for their team, but if a sports outcome can fill you with so much rage or malevolent delight that you forget who you belong to, then you might need to take a step back.” 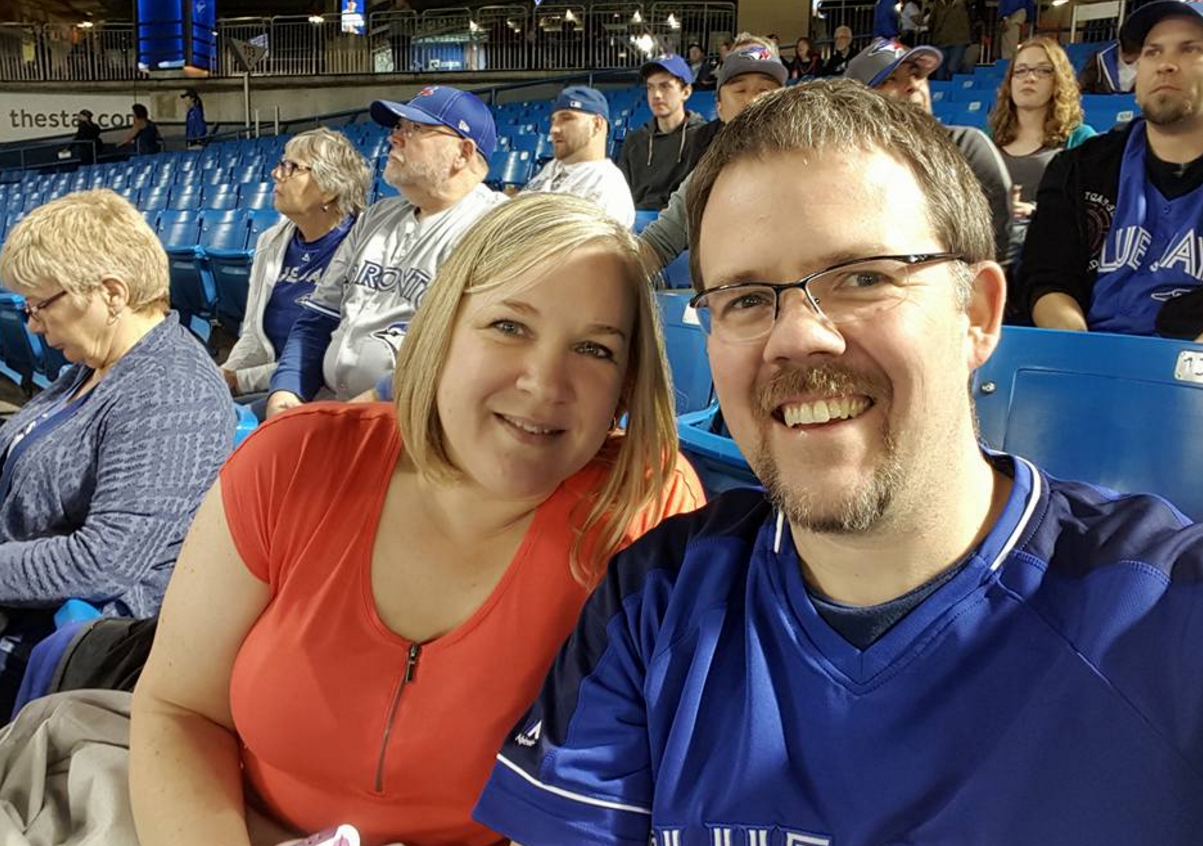 Another friend, Darin Campbell, who attends the Westover Hills Church of Christ in Austin, Texas, said: “I was really surprised at the number of people on my (Facebook) feed who were cheering that punch. … A few of the people I saw cheering it on work in ministry (preachers, etc.). That struck me as odd.”

And Trey Finley, a member of the Highland Oaks Church of Christ in Dallas, said: “For the record, Odor disgusted me, which should come as a shock to no one who knows me. I would have walked out of the game. I would have done so immediately after telling my boys that retaliation is never OK because this (a melee) is what happens when you return a wrong with a wrong. It always comes with consequences that hurt your team. … From a sports perspective, you settle it between the lines. The best ‘revenge’ is always beating them on the scoreboard.”

How did Odor hurt his team? According to multiple reports, he’s facing an eight-game suspension. For his part, Odor said he will not change. “It’s a part of the game,” he said of the imbroglio.

My response to my friends? On the one hand, I appreciate their perspective and identify with it.

On the other hand, it seems to me that the incident must be viewed with a contextual understanding of the history of baseball brawls, not to mention beanballs and takeout slides.

I would not have walked out. I would have stood and cheered and enjoyed the theater. 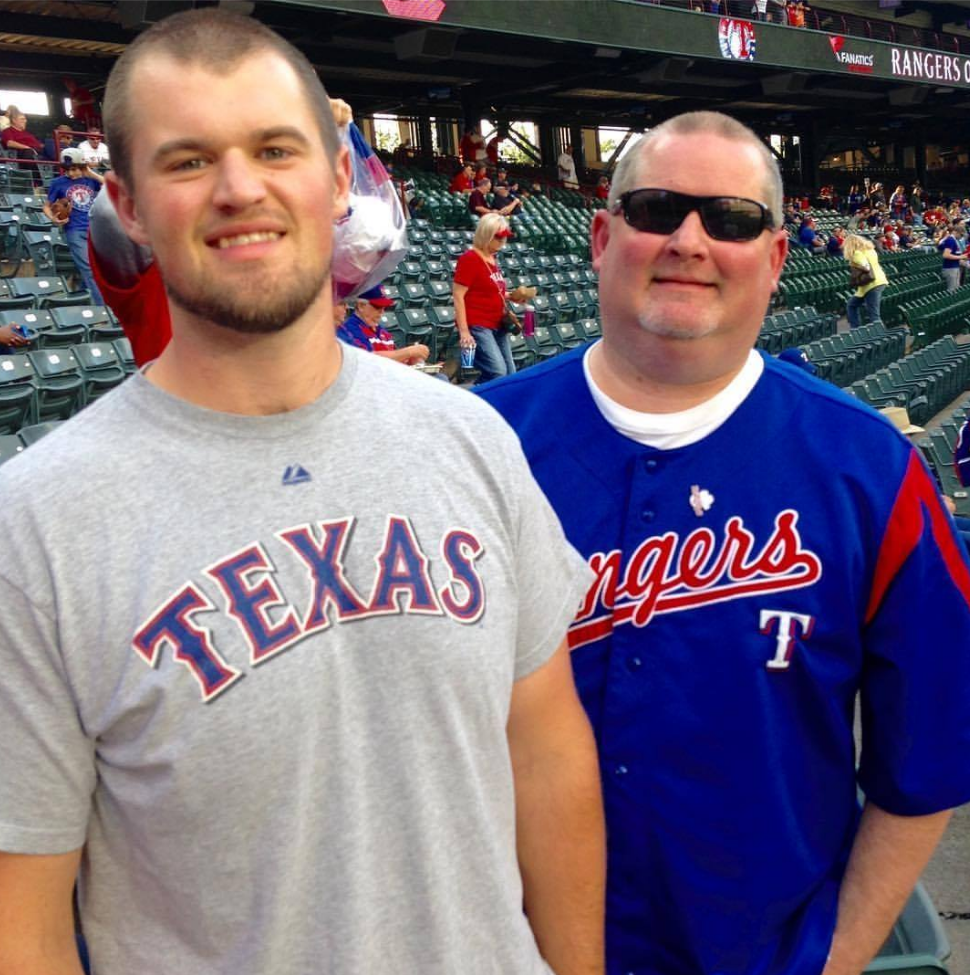 Ross, right, with his son Brady at a Rangers game earlier this season.I would not have felt the need to provide my boys with a life lesson (of course, they’re almost 23 and 19 now). But even when they were younger, I’m pretty sure that watching a second baseman making $500,000 a year and a six-time All-Star base runner who’ll earn $16 million this season go at it would not have inspired them to slug somebody in the parking lot.

In Travis Akins’ case, he’s had a chance — to some extent — to process what happened and how he responded.

“When you are just a witness to non-Christians in a sporting event, you can’t expect nor hold them to what I think should happen,” Akins said. “The emotion was raw. They both were looking for something more than yelling, and they got it. Unfortunately, we are not surprised by that. We cheer it. We take our sides and opinions and defend them. Justify them. I hope, if it were me out there, I’d turn the other cheek. I hope.”

It’s such a simple concept on Sunday morning.

•  Take me out to the ballgame: Road notes from Detroit

•  From bat boy to major-league executive: Chad MacDonald devoted to his faith