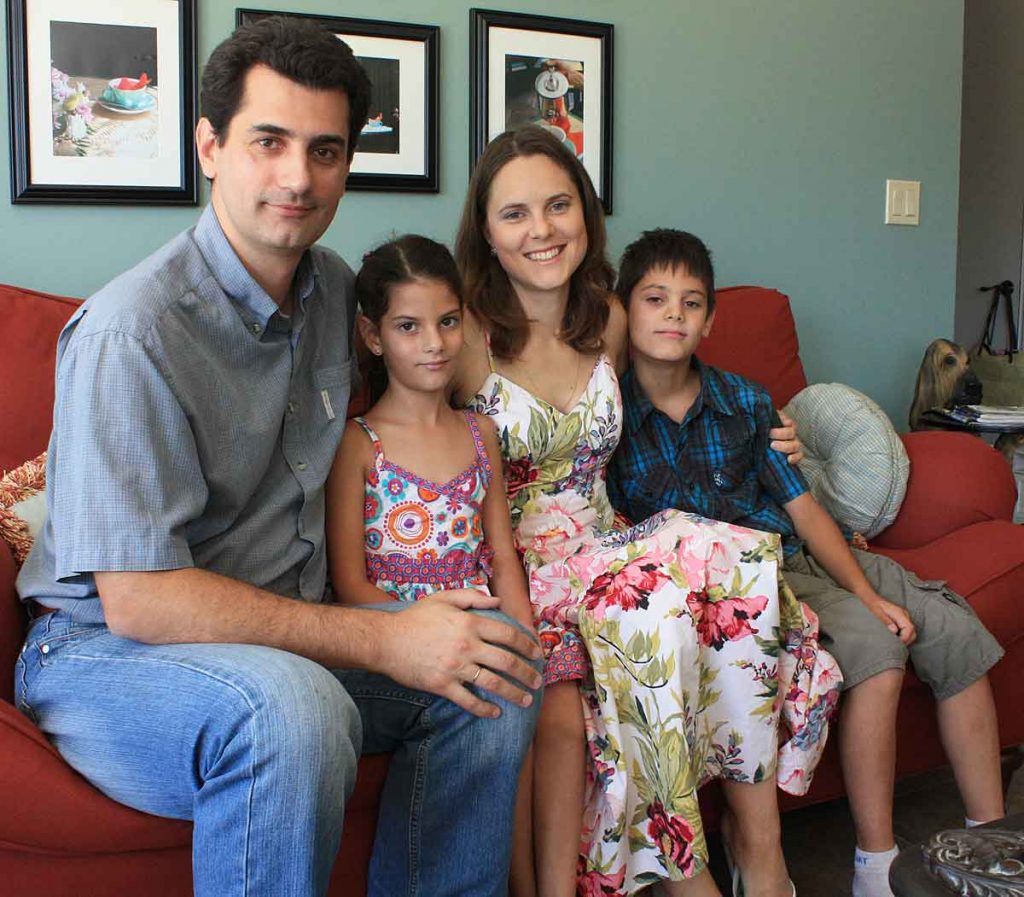 Discussing thermodynamics and theology in Tulsa 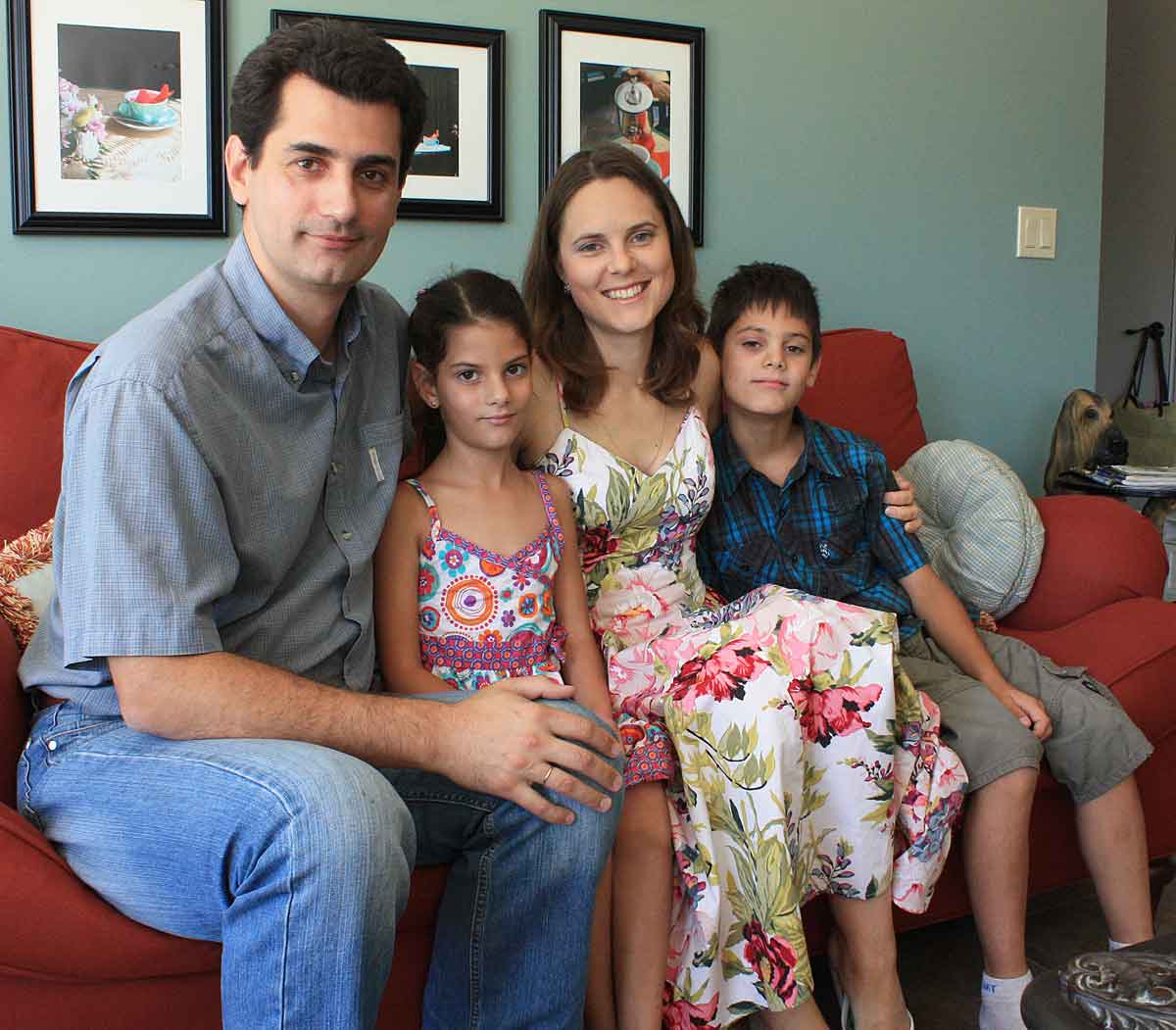 Eugene and Marina Shevchenko, with children Margaret and Maxim, in Tulsa. (Photo by Erik Tryggestad)

Blogging from Tulsa, Okla.
The second law of thermodynamics led Eugene Shevchenko to Christ.
Actually, there were several factors — a desire to learn English, a recently fallen Iron Curtain, the example of American missionaries — but the principle of entropy also played a role, Shevchenko said.
Shevchenko is a vocational minister (though he prefers to be called “just one of the servants”) for the Obolon Church of Christ in Kiev, Ukraine. I caught up with him and his wife, Marina, on the last day of their visit to the U.S. The Obolon church has a longstanding relationship with the Park Plaza Church of Christ in Tulsa (see our “Churches That Work” feature on that congregation) and the Shevchenkos came to the U.S. to meet Park Plaza’s members and share ministry ideas.
Eugene Shevchenko, like most folks in the Soviet Union, grew up in a secular household and had seen a Bible only once in his life before the fall of the Berlin Wall in 1989. But his studies in science pointed him to a higher power, he said. He was intrigued particularly by the second law of thermodynamics, which states that usable energy in the universe tends to get converted to unusable energy over time. (I had to look that up.) I found a website called “All About Science” that explains it this way:

The universe is constantly losing usable energy and never gaining. We logically conclude the universe is not eternal. The universe had a finite beginning — the moment at which it was at “zero entropy” (its most ordered possible state). Like a wind-up clock, the universe is winding down, as if at one point it was fully wound up and has been winding down ever since. The question is who wound up the clock?

Eugene Shevchenko found the answer to that question in the Almighty. He studied the Bible and was baptized in 1993.
Marina Shevchenko was studying English in Kiev and read Scripture with missionaries Fred and Sharon Selby. She was baptized and participated in a Christian camp in North Carolina before launching a children’s ministry at the Obolon church. The couple married in 1998. They have two children: 9-year-old Maxim and 7-year-old Margaret.
The family’s story of science intersecting faith wasn’t the first I had heard with regard to Ukraine. In 2003 I traveled to Kiev to cover a meeting Ukraine’s National Ministry of Religion, hosted by ministries associated with Churches of Christ. To my surprise, much of the discussion centered around science and theology — and the way the two complement each other. See a report I wrote about the conference.
The people of Ukraine aren’t as receptive to Bible studies as they were in the years just after the breakup of the Soviet Union, the Shevchenkos said. In recent years, their congregation has grown due to its prison ministry and recovery programs for substance abuse. The Obolon church now has about 80 members.
While in the U.S., the family collected ideas for helping people recovering from addiction and said they were particularly impressed by Celebrate Recovery, a faith-based program used by several Churches of Christ in the States.
Getting back to thermodynamics, here’s a video that explains bit more about the second law. Though it makes no direct reference to the divine, I found it quite faith-affirming.
http://www.youtube.com/watch?v=HOQSAjc37Y8&feature=player_embedded