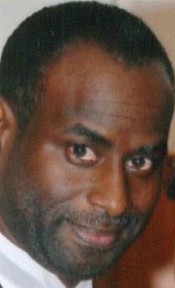 Dialogue: A conversation with Kevin Bethea

Bobby Ross Jr.
BALTIMORE — In the late 1980s, second-generation Pentecostal preacher Kevin Bethea engaged in a series of radio debates with Church of Christ ministers.
As Bethea recalls, “I lost, but I won Christ.”
After his baptism, the Baltimore native placed membership with what is the now the Deer Park Church of Christ in Randallstown, Md., and later served as assistant minister.

In December 1995,Bethea and a group of about 35 original members planted the East Baltimore Church of Christ. The congregation met at a hotel and in convertedstorefronts before buying a former Masons building. In 10 years, it has grownto 325 members.

The East Baltimore church has helped plant two other churches, includingthe recent launching of the Southside Church of Christ, a project of the SunsetInternational Bible Institute’s Focus Northeast. Richard Brent, a graduate ofSunset in Lubbock, Texas, is the Southside minister.
Bethea hosts a radiocall-in program, Search the Scriptures, and serves as certified satelliteschool administrator for the East Baltimore Bible Institute, a Sunset externalstudies program.

He and his wife,Brenda, have four children: Erica, 22; Eric, 20; Eian, 15; and Erin, 4.
You mentioned thatyou debated and searched the Scriptures for about five years before converting.What finally swayed you?

I’ll tell you whatdid it. I was impressed with the Church of Christ knowledge ofthe Bible and their attempts to stick as close to it as possible. Because inthe Pentecostal movement, you had to have a creed. You could discover someBible truth, but if that Bible truth is contrary to what Pentecostals believe,you just don’t do it.

So, I enjoyed thefreedom. I thought, “Wow, these guys are reading the Bible and they’re quotingScriptures.”

What happened whenyou turned in your Church of God licenses andcredentials to the bishop?

I understand that youhave not had to deal with a lot of that kind of divisiveness here at East Baltimore.

This is, I would callit, a very passionate church. We won’t be hanging from the chandeliers andshouting and stuff like that. But we sing with passion and zeal. And we reallyenjoy coming together in the fellowship of worship.

We really enjoy that,and all that nonsense we’ve been trying to keep out. And it’s worked quitewell. We’ve grown. Because I come from the Church of God/Pentecostalroots, I’m able to convert a lot of them.

The members areevangelistic. Our theme is “Saving Souls and Keeping Souls Saved.” We preachevangelism, so we want to double every year -— everybody bring somebody so thatthey may be taught and obey the gospel.

You keep a runninglist on your wall of people converted each year. How many converts are you ableto keep active in the church?

Our retention isprobably about 75 percent, so three out of four stay. Our new converts class is basically a must totrain them because a lot of times people leave because they come in and theyreally don’t build relationships and they’re not trained.

If we can build thatrelationship first, then we’re going to have that opportunity to pour thegospel of Christ into you.

We’re going to giveyou enough to obey the gospel — hear, believe, repent, confess, be baptized, befaithful — but then we’re going to start with relationships the first sixmonths.

To me, ministry isabout keeping people passionate. … We don’t come to preach to each other. Wewant to come and make a difference. We are a life-changing institution. Andthat’s how we want everyone to see it. We want to bring our friends, ourfamily, our neighbors, everyone.

We do a lot of lifeapplications sermons, too. A lot of churches you go to, they’re preaching,“We’re the one church. … We are the one institution. We don’t believe inReverends.” We do a little of that, but mostly we do life applications …about the children in school, about husbands, especially about marriages.Marriage is a struggle.

In a recent sermon,you described how you bought your wife a present every day for a week for herbirthday. How did that go over?

A lot of the guyswere like, “You’re starting something, brother.” So, we teach them aboutmarriages. We’re really family-oriented.

But I know you have aconcern that congregations can become too family-oriented.

What you don’t wantis a church to become so family-oriented that they don’t want anyone else in.

That can happen veryeasily. It’s like, “We’re happy with 300. It’s just enough to know everybody.”But that’s not the will of God.

The will of God isfor us to teach this gospel to the world.

In planting newcongregations, is there ever a fear that you lose some of your core group thatyou really need?

Yes. What you have todo, though, is kind of make a pact with the evangelist you’re planting that youwill assign people that you can free up to work over there. That way, they willnot campaign for people in the congregation. If you do that, and you’ve got agood man, good integrity, it will work fine.

One thing that Godhas blessed me with is a spirit of security. I’m not insecure. Yeah, the devilputs that on me sometimes. But you’ve got to keep thinking about the Lord andbe secure in who you are as a leader. Therefore, if half the congregation goesto plant a new church, I’ll go baptizeanother half and we’ll keep rolling.

You mentioned thatyou’re “results-oriented” when it comes to church plants. What do you mean bythat?

When I hear peopletalking about plants, it’s not the plantings I’m thinking about.

I’m thinking aboutplanting a functional, effective ministry or congregation, not just to be ableto say, “Look, I planted a congregation. There’s 10 of us.” You know, if you’ve been out there two years, it should belike 80 now.

Is it an advantage ordisadvantage in your ministry that churches of Christ are not well-known in theNortheast?

Down in Tennessee, Texas, Alabama, places likethat, I believe that churches have pushed the “I’m right, you’re wrong” for solong, they are not in a position to grow and plant like we are.

So it’s notcombative, and that’s what we teach our membership: Don’t be combative. Whenyou go out there, rather than saying, “You’re wrong,” just tell them what’sright. Let them know that our plea is unity; our plea is not anti-unity. Ourplea is that everyone would turn back to the Bible.

If you start thereand stay there, people will be more open to hear the word of God.

Do you have anytrouble finding people willing to listen to the gospel?

I hear people say,“No one wants to be saved anymore.” What do you mean? I’m sure you’ve gotcousins and aunts and nephews and sisters who’ve never heard the gospel. Maybeyou’re not the one to tell them. Maybe you need to bring in somebody strange totell them.

So, that’s how we doit. That’s how we get the contacts. Contacts are not the issue. I think theissue is keeping the church evangelistic.