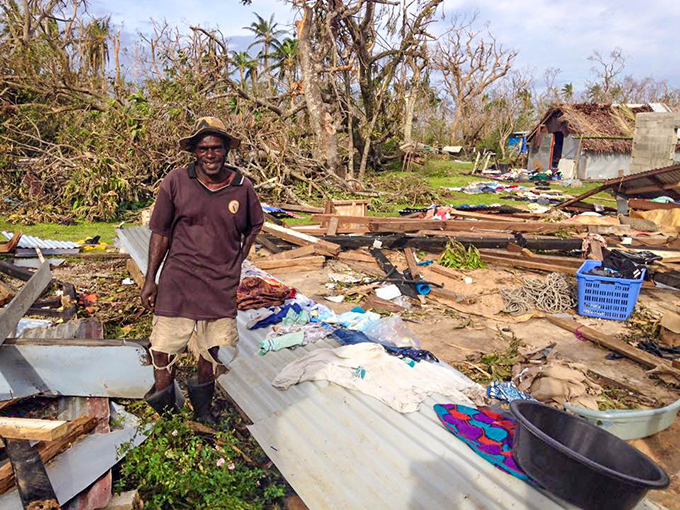 Devastation in the South Pacific

Missionaries in Vanuatu ask for prayers as they assess needs — and begin the long process of recovery. 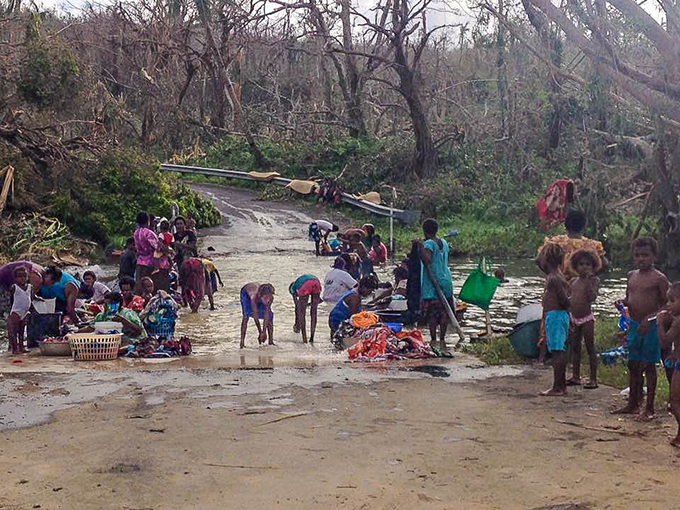 Women wash clothes in a river that surged and flooded the main road to their village in the South Pacific nation of Vanuatu. (PHOTO PROVIDED BY ERIC AND SHAWNDA BRANDELL)

Update: Missionaries have established a GoFundMe site for relief.

Missionaries ask for prayers and support as they assess damage and begin the long process of rebuilding in the South Pacific nation of Vanuatu.

The nation of 267,000 souls, spread across more than 65 islands northeast of Australia, sustained a direct hit from Cyclone Pam during the weekend. The
storm killed at least six people and injured 30 as it destroyed or damaged at least 90 percent of the buildings in the capital city, Port Vila,
NPR reports.

Eric Brandell, a member of a missionary team in Vanuatu, endured the storm and traveled via motorbike to the villages of Epau and Eton.

“To our knowledge, lives were spared in these two areas, but the physical devastation was great,” he said. “No house went unscathed, and many were
totally flattened. Both church building roofs sustained heavy damage.

“We are able to send supplies in a day or two. They have produce that fell from the trees … for the next few days, but will need a lot of assistance
after that. They were in good spirits generally, but shellshocked. Most of them in Epau survived because the whole village took shelter in the classroom.
Most are still sleeping there at night, piecing their houses back together as they can during the day.” 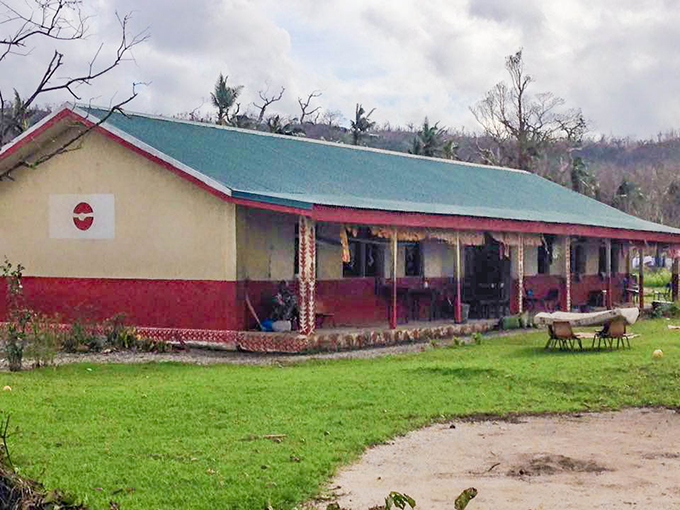 This school building in the village of Epau “saved the lives of countless individuals,” missionaries Eric and Shawnda Brandell said. Campaigners from Harding University in Searcy, Ark., will recognize the building, they added. (PHOTO PROVIDED)

The Brandells are housing about 15 members of a church in the village of Etas, about 15 minutes from Port Vila.

The missionaries’ and elders of their supporting congregation, the Perkins Church of Christ in Oklahoma, are setting up a GoFundMe account to accept contributions
electronically. Meanwhile, checks for relief may be sent to: 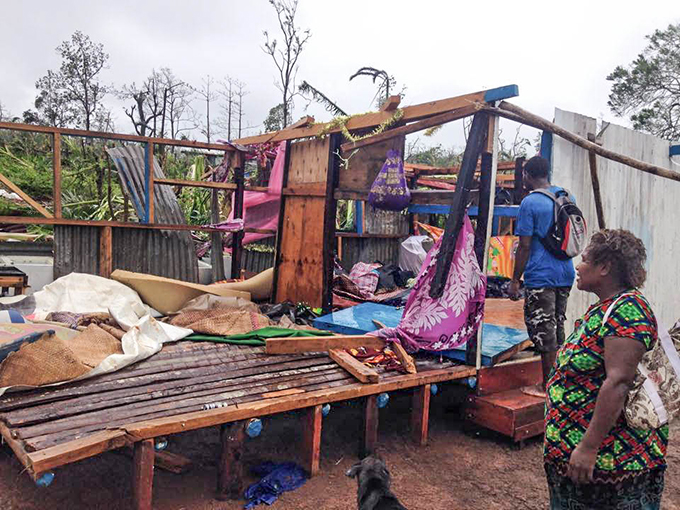 Entire villages in Vanuatu were flattened by Cyclone Pam, which had sustained winds of 165 miles per hour. (PHOTO PROVIDED BY ERIC AND SHAWNDA BRANDELL)