Ive Edwards lived close to where the chaos started. Smoke filled his nostrils as arsonists set his hometown ablaze. Looters ran by his window. Army tanks rolled down the street. The pop-pop-pop of gunfire pierced his ears. Afraid of stray bullets, he dove under his bed. 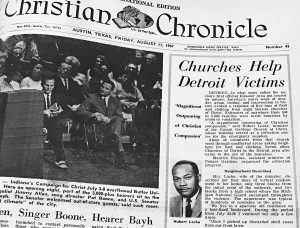 Greg Guymer witnessed the turmoil from Detroit’s outskirts. Helicopters whipped overhead, soldiers’ legs dangling out like a scene from Vietnam. Fear paralyzed him, but his grandfather admonished him to hide in the basement if the war zone approached.

Fifty years after the 1967 Detroit riot, Edwards and Guymer recounted their experiences as two congregations sought to model Christian unity in a nation that still struggles mightily with race — as illustrated by the recent fatal clashes between white supremacist groups and counter-protesters in Charlottesville, Va. 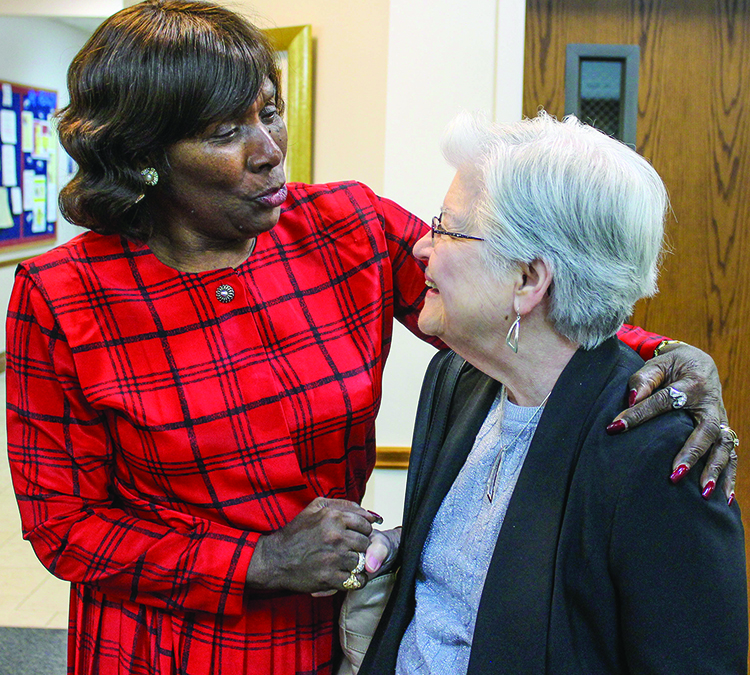 “Love conquers hate because God is love,” said Edward Cribbs, minister for the 300-member Oakland church. “The Oakland and Rochester congregations are endeavoring to bring to the forefront the issue of race and reconciliation. The events in Charlottesville remind us that our efforts are long overdue.”

Adam Hill preaches for the Rochester church, which averages Sunday attendance of 550. He said Charlottesville demonstrates that “the ministry of reconciliation must be learned again and again by every generation.

“The truth is that the devil is not going to give up without a fight,” Hill said. “The Gospel will not allow churches to remain silent about loving one another and recognizing the dignity that each of God’s children has been given.” 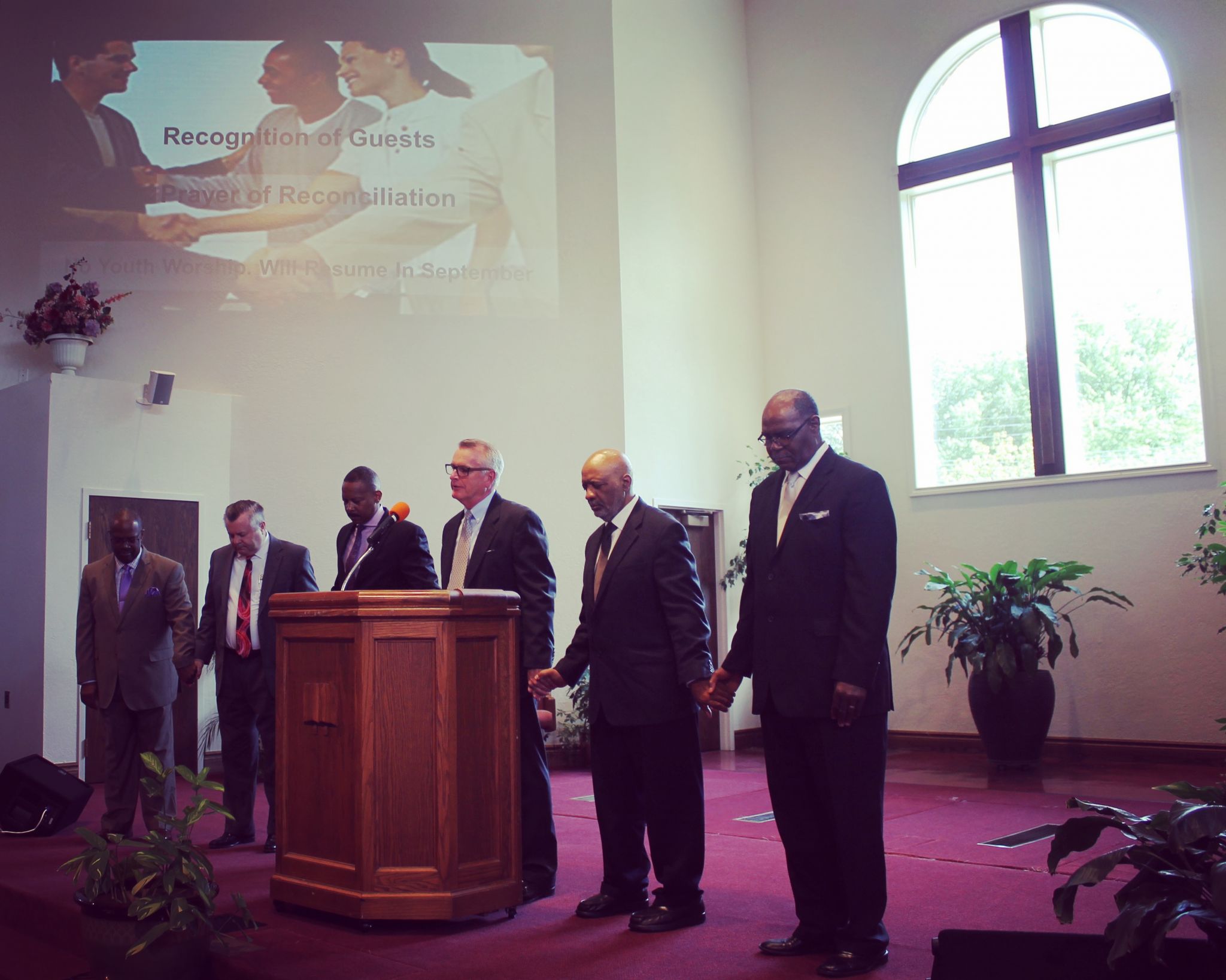 A police raid on an unlicensed bar — known locally as a “blind pig” — ignited the 1967 riot, “a culmination of decades of institutional racism and entrenched segregation,” according to the Detroit Historical Society.

A brick thrown into the rear window of a police cruiser launched five days of unrest from July 23 to 27 that ended with 43 dead, 1,189 injured and 7,231 arrested, the Detroit Free Press reported. Nearly 700 buildings were destroyed.

It took 17,000 members of the Detroit Police Department, the Michigan National Guard, the Michigan State Police and U.S. Army paratroopers from the 82nd and 101st airborne units to quell the largest civil disturbance of 20th century America.

A half-century later, the riot — which some prefer to call a rebellion — remains a defining moment in Motor City. 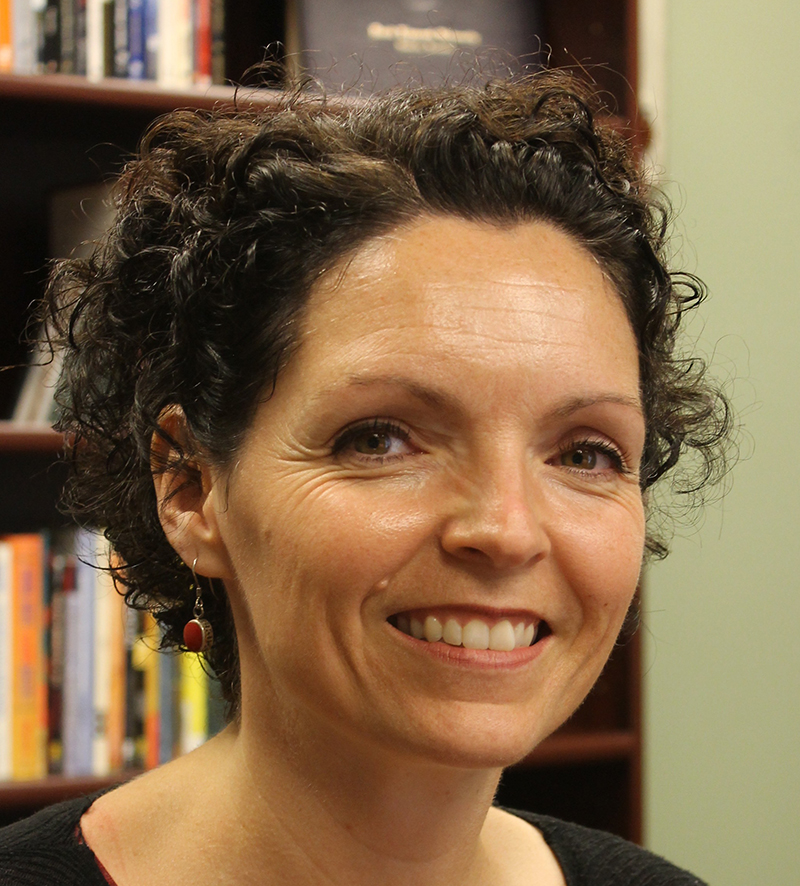 Tracy Irwin“If you weren’t alive then, your upbringing was really shaped by how that event affected the community that you lived in,” said Tracy Irwin, a Rochester Church of Christ member who is the Detroit Historical Society’s director of exhibitions and collections.

Six months ago, leaders of the Oakland and Rochester churches began imagining ways to seek God together, their ministers said.

A 45-minute drive — not to mention differences in culture and doctrine — stood between the congregations. Through meals and conversation, the elders and preachers got to know each other better.

The idea, Hill said, is to foster reconciliation, not assimilation.

“God made people and all of their rich diversity,” he said. “The goal is not that we act like that’s not there, but rather that we live in Christ and all of the richness and diversity that the kingdom of God can have.”

At the riot anniversary, 50-year retrospectives filled Detroit airwaves and newspaper pages. The church leaders used the occasion to highlight the congregations’ common faith and hope in Jesus.

“Even today, the wounds that were exposed in those riots are still present in our city,” Hill wrote in a message to his congregation. “In the world around us, it often seems that division, fear, and opposition are the norm; however, God’s people have been called to something different … something better.” 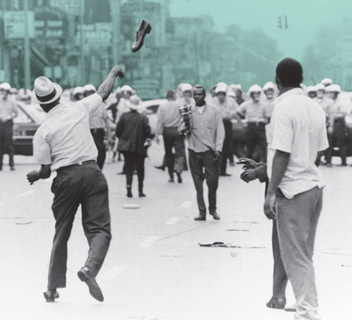 A Detroit Historical Society exhibit called “Detroit 67: Perspectives” features historical images of the riot. (COURTESY OF DETROIT HISTORICAL SOCIETY COLLECTION/DETROIT FREE PRESS)
The Oakland church has a history of promoting racial unity: The late Vernon Boyd, who was white, was the longtime minister and later an elder of the black congregation. For decades, he touted biracial worship and cross-cultural ministry. He died last year at age 84.

At the same time, a Detroit-area group called Unity for Christ has worked for years to break down racial barriers and reach Michigan’s diverse population with the Gospel.

That group is led by James Snow of the Redford Church of Christ in Detroit and Roger Woods of the Walled Lake Church of Christ, northwest of Detroit. Unity for Christ has facilitated the distribution of food and school supplies to thousands of families and organized an area-wide worship assembly every other year since 2006.

For many years, the Oakland church has hosted the annual “God’s Family Banquet” to bring together black and white Christians.

“We as a church should be striving to maintain the unity of the Holy Spirit,” Cribbs said. “We know that as a result of the death of Jesus Christ, walls have been broken down — walls that once separated men and women, Jews and Gentiles, slave and free.” 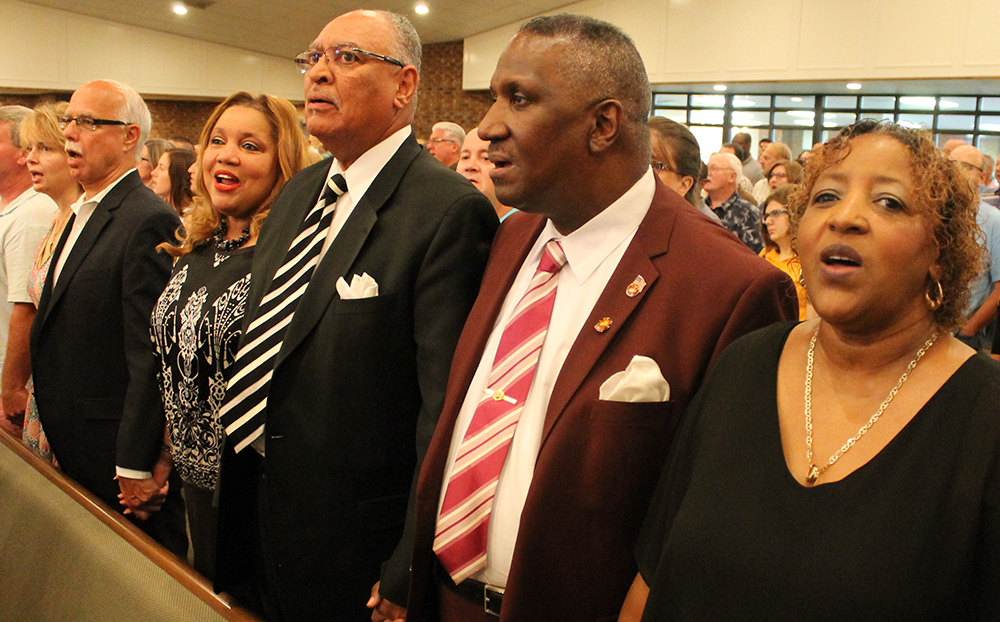 Rochester elder Pete Piazza and Oakland elder Duane Foster, both with glasses, sing with others at the Rochester church. (PHOTO BY BOBBY ROSS JR.)

Becoming part of the solution

On a recent Sunday, the two stood side by side before the Oakland congregation, each trying to make sense of a world that can seem out of control — then and now.

“I know that God has led me to the path where I am now,” said Edwards, who grew up to join the Michigan State Police, where he fought the racial prejudice and harassment he experienced as a teen.

Still, Edwards’ voice choked with emotion as he reflected on “the struggles and the fights that we still have to go through.”

Guymer, an engineer, remembered the conversations he overheard in 1967.

I’m in Detroit on 50th anniversary of 1967 riots, reporting on racial reconciliation by Churches of Christ. #reporterlife

But in Christ, he stressed, there’s no “us and them.”

On the same Sunday, Oakland elder Duane Foster and Rochester elder Pete Piazza made a similar presentation at the Rochester church.

They, too, recalled the sirens. The soot. The shock.

And they invited their fellow Christians of all ethnicities to be a part of the solution.

“If there can be any joining of the city of Detroit and its surrounding suburbs, that voice is going to have to come from the church,” Foster said.

“Please prick our hearts and our minds,” he prayed to God. “And let us go out as your children and be the example, as Christ was the example … promoting unity and reconciliation.”

Members of the Oakland Church of Christ hold hands as they pray for racial reconciliation at the 50th anniversary of the Detroit riot. (PHOTO BY BOBBY ROSS JR.)