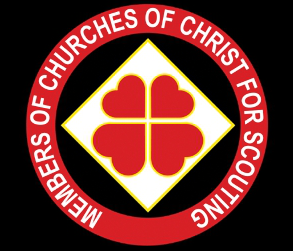 The board of trustees of Members of Churches of Christ for Scouting (MCCS) vehemently opposed this week’s decision by the Boy Scouts of America to allow openly gay boys into the ranks.
However, the national association, based in Abilene, Texas, is urging church-sponsored Scout units to “stay the course” and “continue to be a positive witness for Christ through the world of Scouting” rather than leave the organization.
Here is the full text of a statement shared with The Christian Chronicle by MCCS national chairman Steve Leddy and national executive director Kent Barnett:

Dear Friends, Scouters and Christian Brothers and Sisters,
We are deeply saddened by the decision which was rendered by the voting members of the National Council of the Boy Scouts of America effective January 1st, 2014, to allow openly homosexual youth to be members of the Boy Scouts of America, though we have faith that God reigns. MCCS loves the Boy Scouts of America which is why we are hurt by this decision, but we have served and continue to serve many youth organizations with diverse core values. We voiced our opposition to the change along with many other individuals and organizations of similar conviction.
MCCS’s mission is to interpret Scouting to Churches of Christ, encourage the use of Scouting by members of Churches of Christ and to promote the use of the Servant Leadership Series curricula. Our curricula are uncompromising in their messages of biblical values and authority. Our religious award materials adhere to our understanding of traditional, biblical morality to youth in the Boy Scouts, Girl Scouts, American Heritage Girls, Camp Fire and to young people unaffiliated with those organizations with a desire to learn about Christian servant leadership and biblical study.
God has put a challenge before us. We are not called to be a people of fear instead we must be a people of faith. We are His people and we will stand strong to be a witness for our understanding of Christian values. We firmly believe that Scouting and the young people of America are in deep need of prayerful, dedicated, moral service from God’s people. The membership standard within BSA has not been changed for adult leaders and now more than ever we need determined, courageous Christian men, women and congregations to stand up and reinforce existing units and charter new Scouting units so that they can lead young men and women to Christ while displaying Christian values and ethics to the young people in their charge. We must stay the course for the boys and girls we serve.
We are reminded of the biblical story of the prophet Jonah, who after running from God and His will to reach out to the people of the wicked city of Ninevah finally entered that city and was a powerful witness to the people of the redemptive power of God’s steadfast love. We are perplexed by the decision that was rendered, but we are confident that God is in control and that we can continue to be a positive witness for Christ throughout the world of Scouting.
Each Church of Christ sponsored unit has the opportunity to show God’s love and biblical truths to an unchurched generation. Scouting can be a ministry that provides a well developed program for youth both inside and outside of the church. The mission of the Boy Scouts of America has not changed, though its decision in its membership policies is difficult to understand from a biblical viewpoint. We take strength and comfort in Hebrews 13:8 where scripture says, “Jesus is the same yesterday, today and forever. “ Please pray for MCCS and for the youth and leaders of the Boy Scouts of America.
We continue to be Scouting for Christ.

About 550 Scouting units sponsored by Churches of Christ serve more than 15,000 youths, according to MCCS.