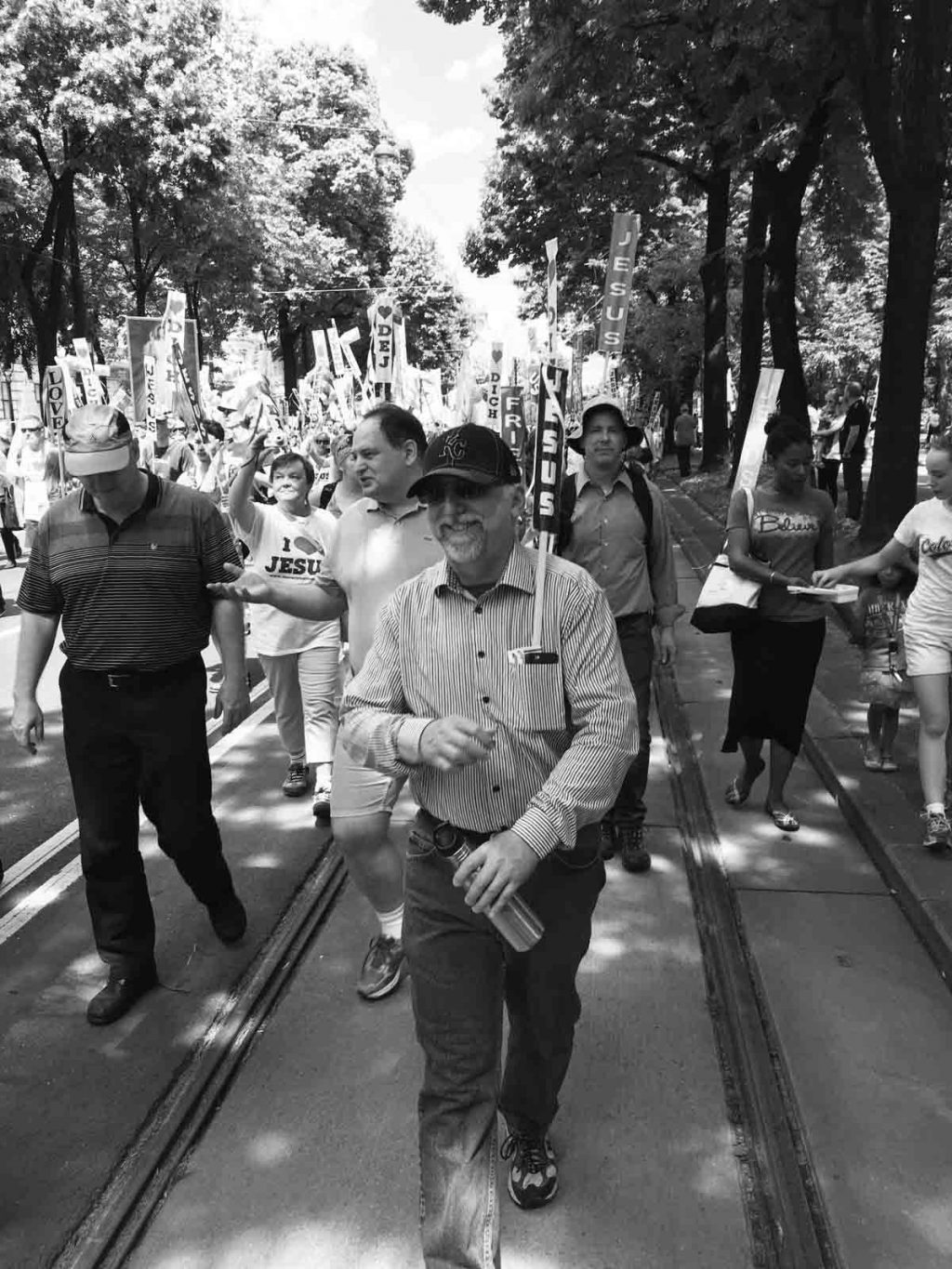 Derailed: A missionary’s journey away from and back to the fellowship

After 20 years of isolation, a believer lets go of pain and judgment, returns to fellowship.

Bailey McBride | InsightA strong Christian, he grew up in Michigan during the Cold War and became convinced that the best way to serve God was to smuggle Bible behind the Iron Curtain. He went to Canada and studied at a language school run by a native of Yugoslavia — then a satellite of the Soviet Union. Unfortunately, the school had to close (Chuck was its only student) so he moved to Tallahassee, Fla., where he studied and worked at a crisis center before moving to Vienna in 1986.

Here, he serves the Danube Church of Christ alongside Bart Rybinski and Bobby Stanic. The mission team of Jake and Amanda Haskew and Will and Holly Kooi have turned leadership of this vibrant congregation over to these three men.

During my summer visit to Europe, I got to know more of their stories.

After he arrived in Vienna, Chuck toured the printing facility of Eastern European Mission — a church-supported nonprofit that, at the time, produced tiny New Testaments and stuffed them into spare tires for their journey into the Soviet empire. His tour guide, dressed in native Austrian garb, was a lovely young woman named Karina. They married three years later.

After a brief visit to Bosnia, where he was overwhelmed by the poverty he saw, Chuck returned to Vienna and began working for EEM. He volunteered for an English-language suicide prevention service run by Befrienders International. He remodeled their program for training volunteers. Ten years later, he became director of Befrienders’ Vienna branch.

He seemed to be on course for a life of ministry — the life he desired when he was back in Michigan.

But, below the surface, there were problems. Chuck learned that he didn’t have the necessary permit to work legally for EEM and that his status in Austria could be in jeopardy. Thankfully, through his volunteer work at Befrienders he met people who helped him get a job with the International Atomic Energy agency in Vienna.

Nonetheless, Chuck said that his experiences with Christians were, increasingly, leaving him and Karina disillusioned with ministry. He also endured teasing about being a “Jesus freak.” For two decades, he and his wife disconnected from other Christians.

“I regret the self-imposed isolation during that 20-year period,” Chuck told me. “I think it was a mistake to allow my judgmental attitude drive me away from fellowship. My trust in the Lord was so weak that I felt vulnerable and wounded by the behavior of others.”

He read Scripture regularly and resolved to let go of his pain. Finally, he and Karina returned to the fellowship.

Since then, “Chuck has quickly become a pillar of our congregation,” said one of his fellow church leaders, Bart Rybinski, who now serves as vice president for European operations for EEM. “His wisdom, empathy for those in need and commitment to serving Jesus are inspiring and encouraging to all of us.

“All of us admire his commitment to reading God’s Word on a daily basis and striving to follow it in his daily life, as well as his efforts to reach out to his friends and coworkers.

“It’s hard to imagine our small congregation without Chuck!”