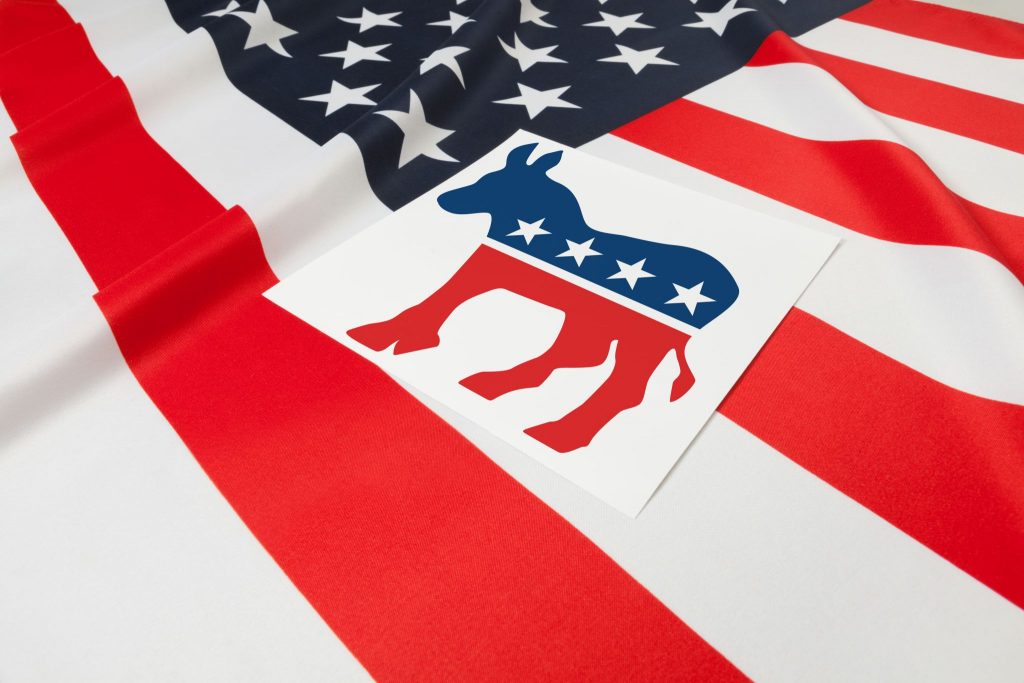 Next few days will bring primaries and caucuses in states where 3 in 5 U.S. members of Churches of Christ reside.

But at the end of Tuesday night’s two-hour debate in Charleston, S.C., guess what?

#SuperTuesday voting will include the six states with the highest number of adherents of Churches of Christ:

When CBS News co-moderator Gayle King asked each candidate to offer a personal motto, belief or favorite quote, at least three of the seven made specific religious references.

“Every day, I write a cross on my hand to remind myself to tell the truth and do what’s right, no matter what,” said Tom Steyer, a billionaire environmentalist who touts “creation care.” An Episcopalian, he previously has explained his motivation for the daily drawing of the Jerusalem cross.

Every day, I write a cross on my hand to remind myself to tell the truth and do what's right, no matter what. #DemDebate pic.twitter.com/9s2pQB5ag0

“For me, this is about how we treat other people and how we lift them up,” added the Massachusetts senator, who was raised Methodist.

As reported by Religion News Service’s Jack Jenkins, Warren told a group of faith leaders Wednesday morning: “I will let you in on a little secret: If you think I do all right in the debates, it’s because Rev. Culpepper prays over me before I go out.” She was referring to Miniard Culpepper, her pastor at Pleasant Hill Missionary Baptist Church in Boston.

Related: Elephant in the pews: Is the GOP the party of Churches of Christ?

Back at the debate, Pete Buttigieg said that while he’d never impose his religion on anybody (like Steyer, he’s an Episcopalian), Scripture guides him.

“I seek to live by the teachings that say if you would be a leader, you must first be a servant,” said Buttigieg, the former mayor of South Bend, Ind. “And, of course, the teaching, not unique to the Christian tradition, but a big part of it, that holds that we are to treat others as we would be treated.”

Here’s a story about how Pete Buttigieg found God. He was at Oxford, studying analytical philosophy, when he found himself haunting Anglican chapels. https://t.co/p1ZtJCYOc3

Buttigieg, who is married to a man, faces a challenge in South Carolina’s Saturday primary: black Christians who may be wary of a gay candidate.

Former Vice President Joe Biden didn’t mention his Catholicism in response to King’s question. However, at a CNN town hall Wednesday night, he spoke emotionally about the “hope and purpose” his faith gives him.

Joe Biden on his faith: "For me, it's important because it gives me some reason to have hope. And purpose. … It took a long time for me to get to the point to realize that that purpose is the thing that would save me. And it has" #CNNTownHall https://t.co/RkiRzaASCs pic.twitter.com/LVbnhjUfy4

Former New York Mayor Mike Bloomberg was the final candidate on the stage a week before Super Tuesday primaries and caucuses in 14 states. About three out of five U.S. members of Churches of Christ (62.5 percent) live in one of those states, which include the fellowship’s strongholds of Texas, Tennessee, Alabama, Arkansas and Oklahoma.

Bloomberg, a billionaire businessman, “is a more traditional Jew, and as a New York politician, where Jews are a key constituency, he has a long record of supporting Jewish causes,” Yonat Shimron of RNS points out.