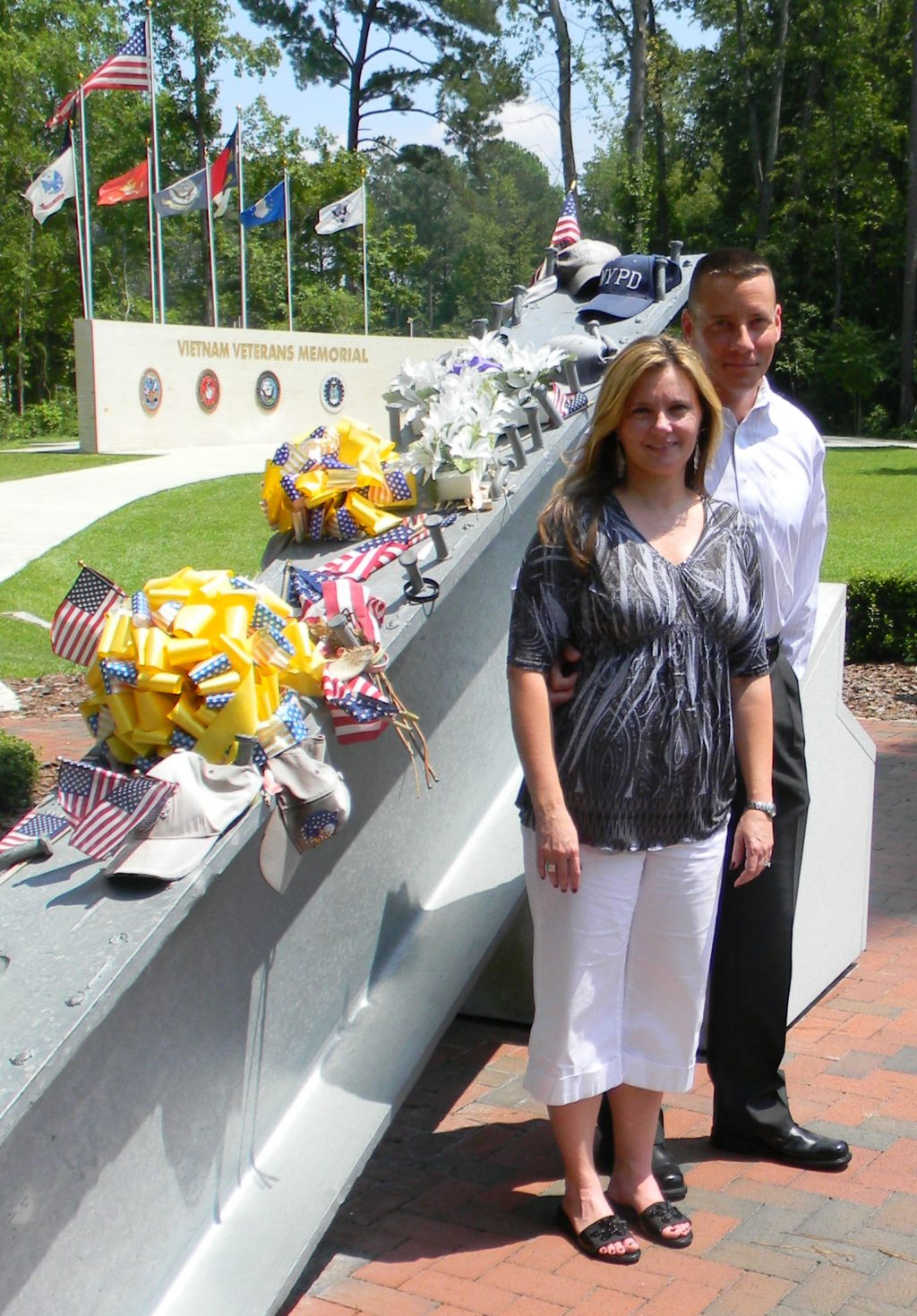 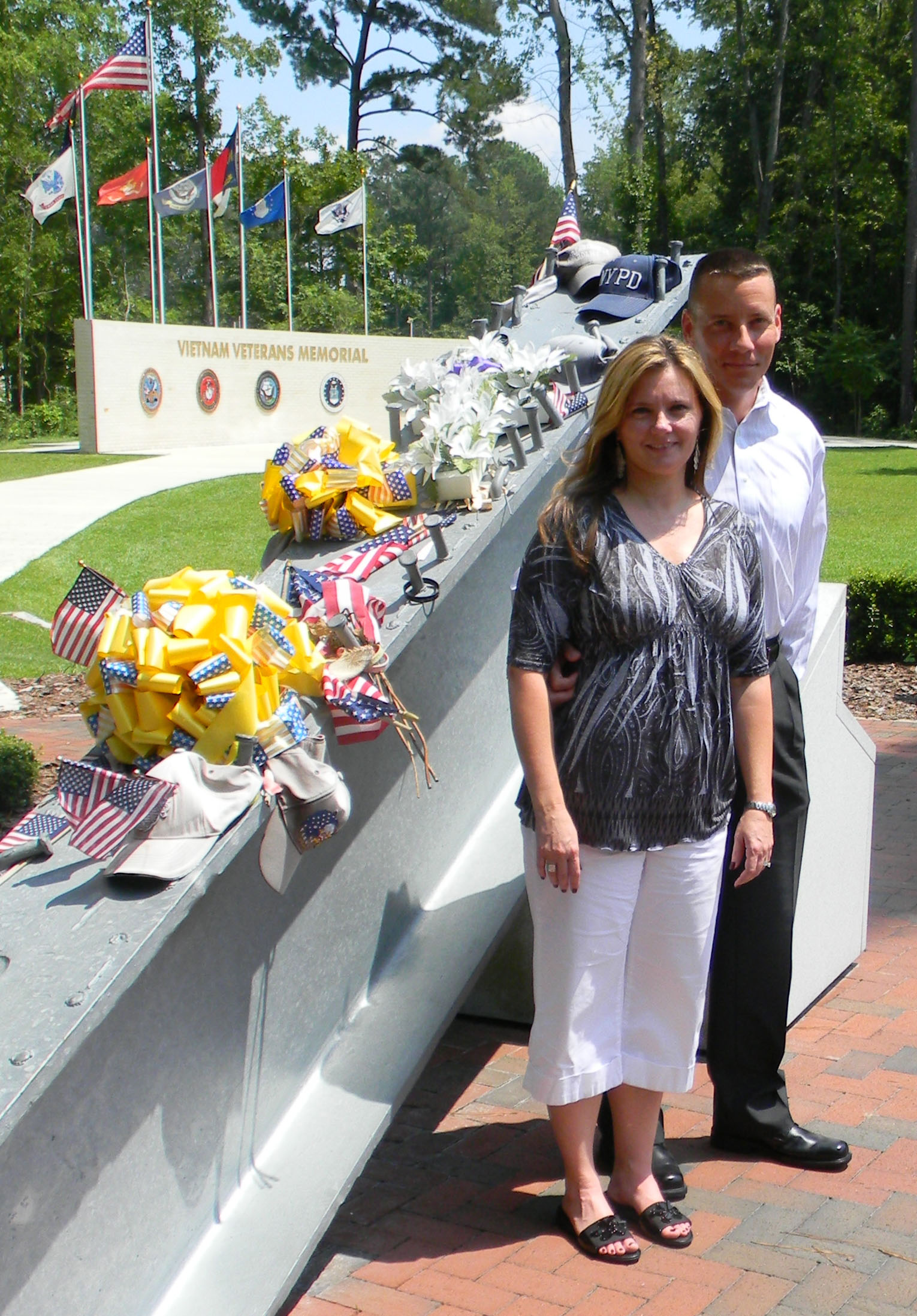 Marine Lt. Col. Mike Manning and his wife, Kimberly, stand beside a steel beam from the World Trade Center. The memorial near Camp Lejeune, N.C., pays tribute to the firefighters killed on 9/11 as well as the Marines who have honored them by fighting in the war on terror. Mike Manning, a member of the Roosevelt Drive Church of Christ, is a three-time Bronze Star recipient for his service in Iraq and Afghanistan. (Photo by Bobby Ross Jr.)

Blogging live from Camp Lejeune, N.C.
Heartwarming and heartwrenching.
That’s how I’d describe my experience Sunday with Marine and Navy families who make up a big part of the Roosevelt Drive Church of Christ in Jacksonville, N.C., not far from the main gates of Camp Lejeune, the largest Marine Corps base on the East Coast.
I spent the weekend interviewing church members about the toll a decade of war has taken on the congregation, which averages Sunday attendance between 180 and 200.
It’s a story of faith and perseverance by those who serve in Afghanistan and Iraq and by the immediate — and spiritual — families they leave behind.
Church elder Matt Ingram, a retired Marine sergeant-major, prayed for the loved ones of 30 U.S. troops and eight Afghans who died in a helicopter crash Sunday in eastern Afghanistan.
“Father, we humbly ask that you would bless these families and these communities as they go through their grief,” Ingram prayed. “Be with those in Afghanistan and Iraq.”
The story on the Roosevelt Drive church will appear in an upcoming print edition of The Christian Chronicle as part of a special report on the 10th anniversary of the Sept. 11, 2001, terrorist attacks.
By the way, Roosevelt Drive minister Ron Edwards invites members with relatives stationed at Camp Lejeune to contact him at [email protected] The church would love to reach out to them, Edwards said.
Reader feedback: We’d love to hear from members and leaders of other military congregations. What has been your congregation’s experience since 9/11? Be sure to include your full name and home church in case we decide to quote you.