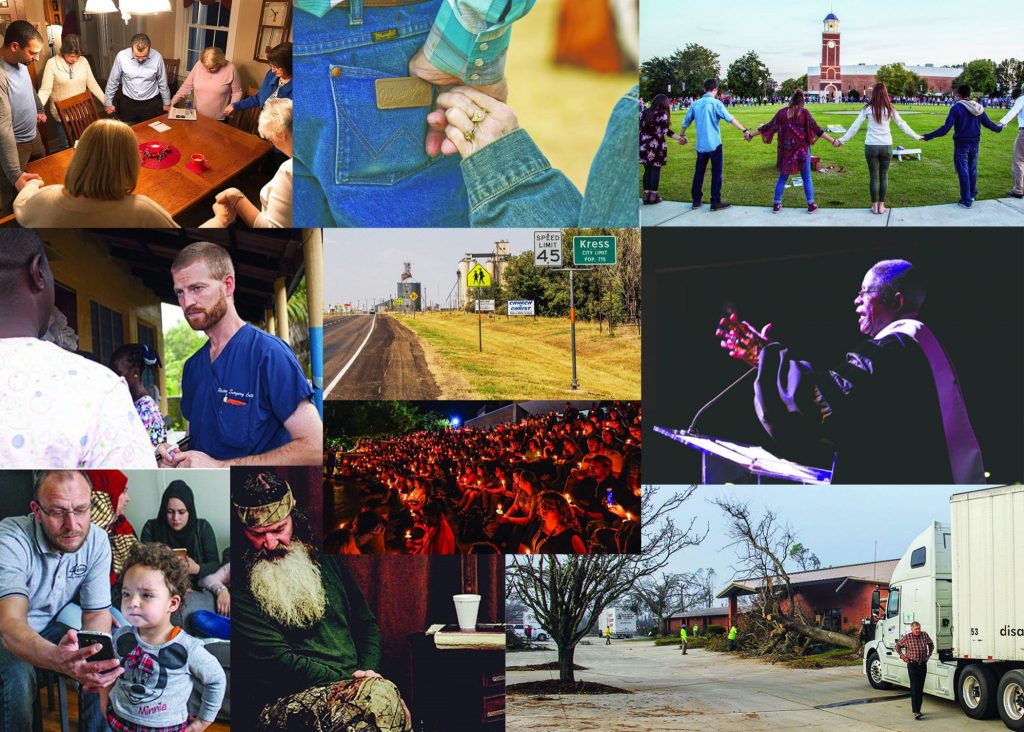 Decade in review: Christian Chronicle’s 10 biggest stories of the 2010s

Flipping back through our pages, I came up with this totally subjective list of the Chronicle’s 10 biggest stories of the decade: 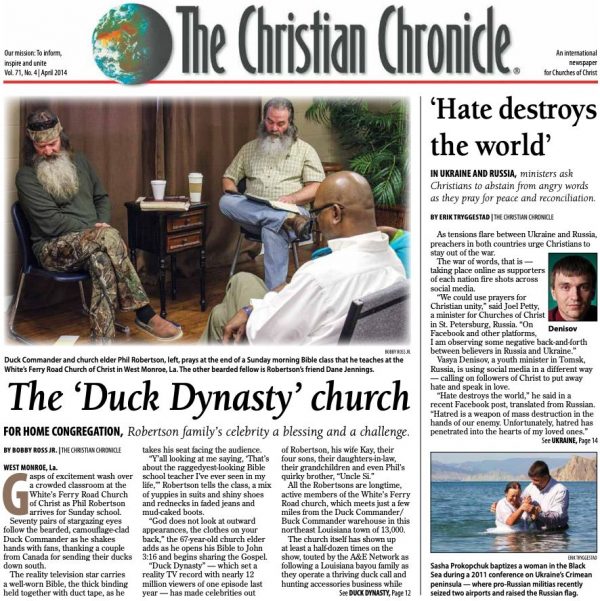 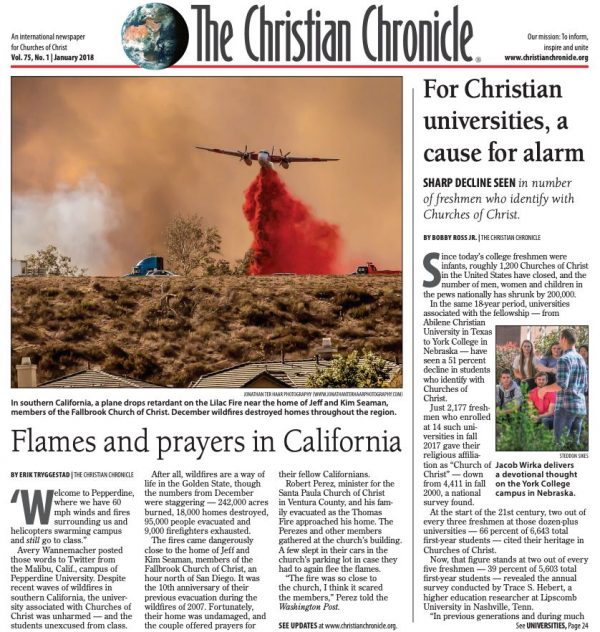 9. Universities associated with Churches of Christ faced an ‘extremely difficult’ recruiting outlook, a trend we noted throughout the 2010s.

A major reason those institutions felt the pinch: Our fellowship’s overall numbers kept declining, reducing the pool of potential students. More on that below. 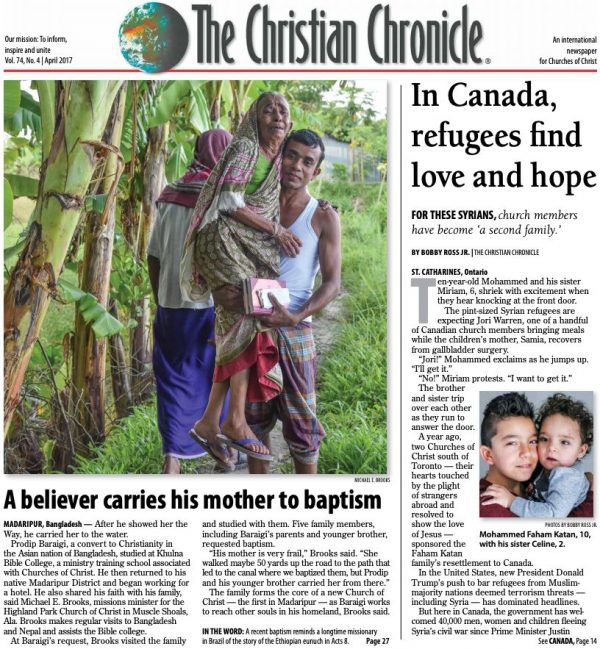 8. Immigration and refugee issues were big topics of discussion and debate among Christians and politicians.

We interviewed a Syrian refugee family in Canada, Christian congressmen in Washington, D.C., a refugee advocate mother in Houston, a federal detention center minister in Chicago, missionaries to refugees in Europe, faith-motivated volunteers at the U.S.-Mexico border and many others. 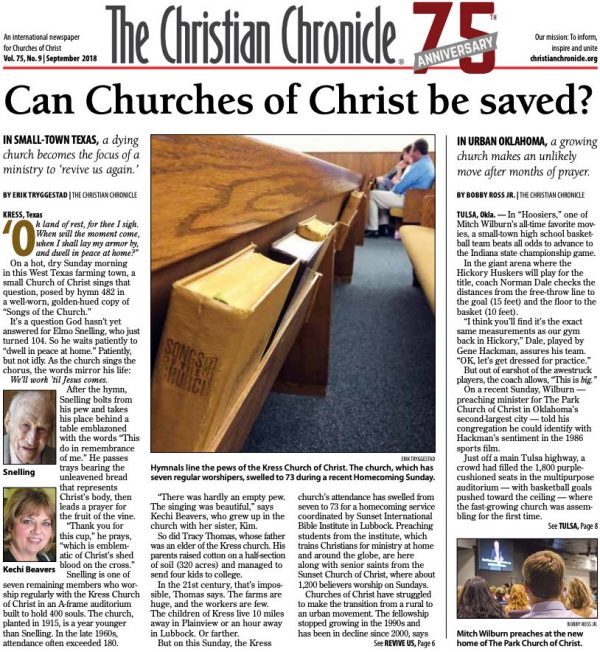 7. The number of men, women and children in the pews kept falling at Churches of Christ in the United States.

Our “Big Questions” series delved deep into the decline. 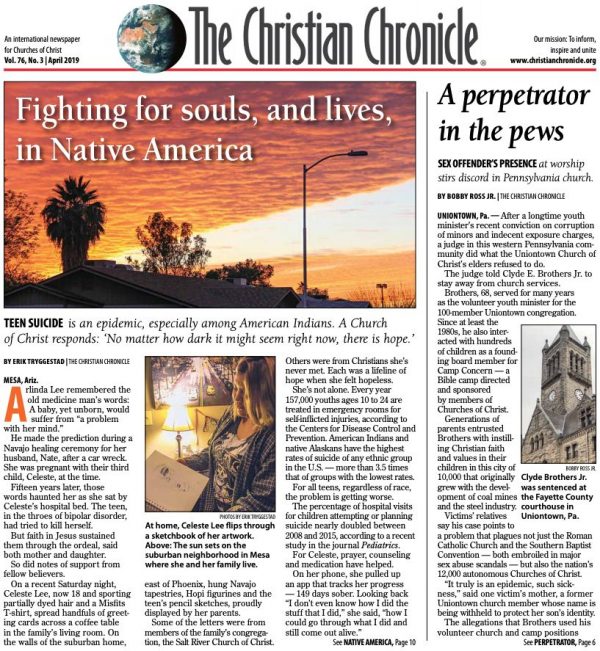 6. Major sex abuse scandals rocked the religious world, including the Catholic Church and the Southern Baptist Convention. Churches of Christ were far from immune from the problems that gave rise to the #MeToo and #ChurchToo movements.

Jimmy Hinton, son of a pedophile preacher in Pennsylvania, became a leading voice for heightened awareness, joined by others, such as Christine Parker and Steve Black.

To highlight the concerns, we reported on a longtime youth minister and camp leader accused of preying on generations of young boys. 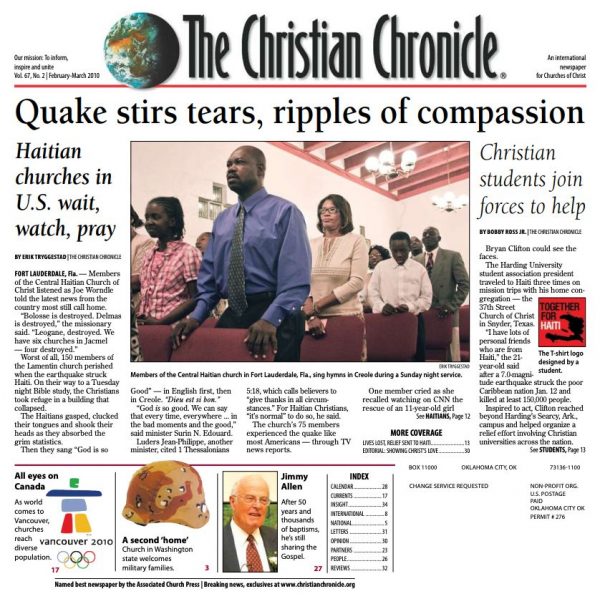 5. When natural disasters strike, members of Churches of Christ respond. A cappella singing and disaster relief are two things we do extremely well.

From a major earthquake in Haiti to killer tornadoes in Oklahoma and Missouri, we often found ourselves reporting on the compassion of our fellow Christians.

After hurricanes, we even rode an 18-wheel disaster relief truck from Nashville, Tenn., to Panama City, Fla., and a 15-passenger rental van from Edmond, Okla., to Houston get firsthand looks at faith in action.

Rather than swim, we chose to fly to Puerto Rico. 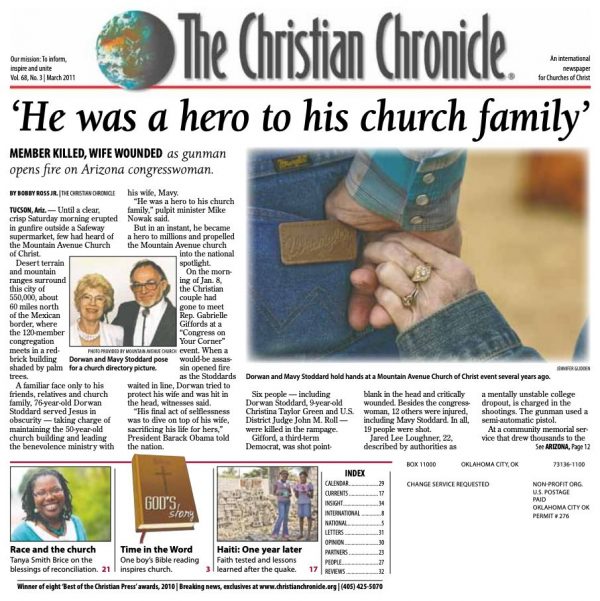 4. Mass shootings that occurred with alarming frequency impacted Churches of Christ, from an assassination attempt on an Arizona congresswoman that claimed Dorwan Stoddard’s life to an attack on a Tennessee congregation that killed Melanie Crow and wounded seven others.

Earlier this year, church elder Gordon Parmenter died after an armed man entered the church’s building in the western Canadian province of British Columbia and opened fire with an “assault-style rifle.”

(Update: After the original version of this story was published, two beloved Christians were killed Dec. 29 before an armed member shot the gunman at the West Freeway Church of Christ in White Settlement, Texas.)

Other coverage included a piece on “God, guns and keeping Christians safe.” 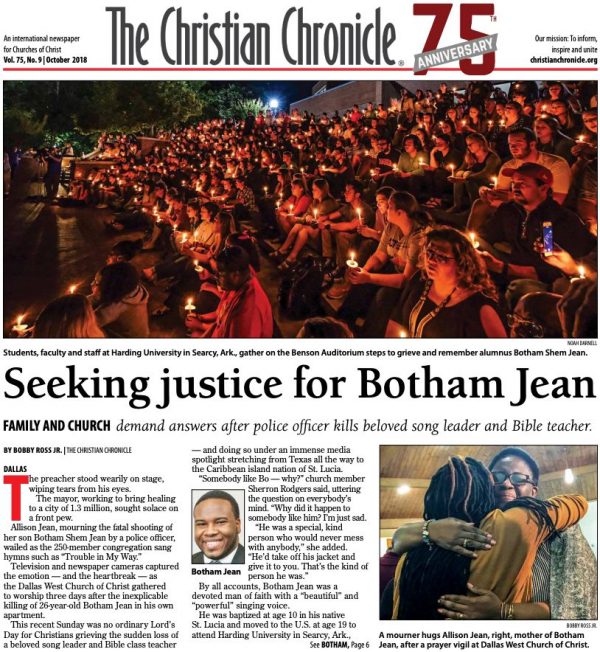 3. The deaths of black males at the hands of police emerged as a major national concern.

The problem touched Churches of Christ directly when an off-duty Dallas officer still in uniform killed Botham Shem Jean — a beloved song leader and alumnus of Harding University in Searcy, Ark. — in his own apartment. We reported on his parents’ grief and Brandt Jean’s forgiveness of Amber Guyger, the officer convicted of murdering his brother.

We also covered an Arkansas teen’s death, the Freddie Gray case in Baltimore, protests in Ferguson, Mo. and a sniper targeting police in Dallas.

In Tulsa, Okla., the issue hit close to home when white officer Betty Shelby — a member of a Church of Christ — was charged in the death of an unarmed black man, Terence Crutcher. A jury later found Shelby not guilty of first-degree manslaughter. 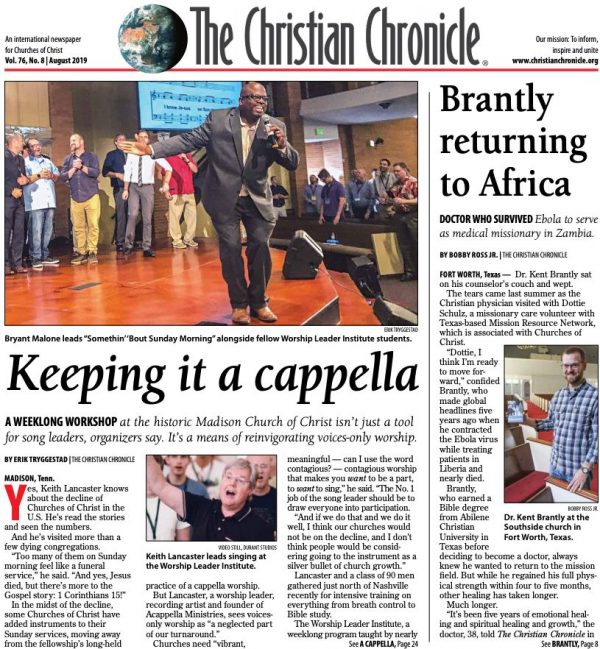 The Abilene Christian University’s graduate’s face appeared on the cover of Time as the magazine named “The Ebola Fighters” as its 2014 Person of the Year.

Five years later, Brantly, a member of the Southside Church of Christ in Fort Worth, Texas, revealed his family’s plans to return to Africa — specifically Zambia.

Brantly’s new mission: Mukinge Mission Hospital, a 200-bed facility in a rural area about 100 miles from the nearest supermarket. 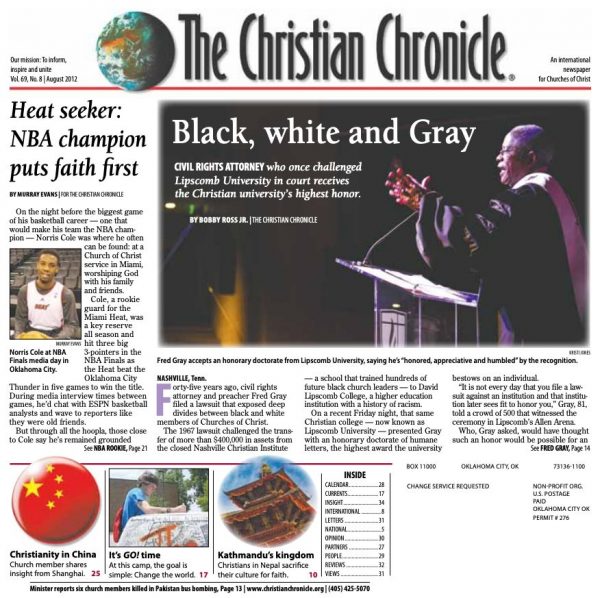 1. Racial reconciliation efforts made frequent headlines, ranging from Lipscomb University in Nashville, Tenn., honoring civil rights attorney Fred Gray — who once sued the university — to Detroit-area Churches of Christ coming together at the 50th anniversary of that city’s 1967 race riot.

A half-century after Martin Luther King Jr.’s assassination, church leaders assessed the legacy of the famous black traveling evangelist Marshall Keeble, who died within weeks of King. Also weighed: the state of race relations in Churches of Christ 50 years after a major meeting of black and white preachers in Atlanta.

Agree with my rankings? Disagree? By all means, comment below. I’d love to hear from you.