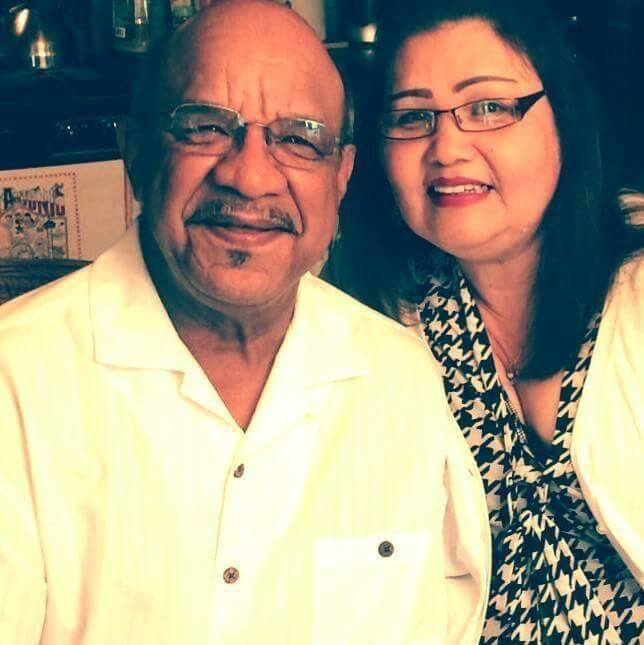 A Christian couple discuss the ways a conference for English-speaking Hispanic Christians impacts multiple generations.
Katie Jones
Sabino Rodriguez sat with his wife, Cilvia, and their youngest daughter, Elise, as they ate a breakfast of sausage links, scrambled eggs, fresh fruit, oatmeal and cereal. The family prepared for a day of singing, games, seminars and devotionals at the inaugural National Hispanic English Youth Conference on Lubbock Christian University’s campus.

The conference uplifts not only the teen campers, but also the older generation attendees who grew up as English speakers under a Hispanic stereotype, the couple told The Christian Chronicle.

“We’re not Mexican, we’re Texans,” Sabino Rodriguez said. “I was born in San Antonio, (Cilvia) was born in Waxahachie, and (Elise) was born in Quitman, Texas. We’re all Texans.

“So we’re not Mexicans, but we’re not white,” he added. As a result, many Anglos in the U.S. don’t see them as American, “but they give us a title: Mexican-American.”

The trio attends the Robinson Avenue Church of Christ, a bilingual church in Springdale, Ark., where Sabino Rodriguez serves as the Spanish congregation’s minister. They drove nearly nine hours with part of the church’s youth group to Lubbock for the conference.

• On churches and languages clashing: “My children, they would go to the English congregation because they could not understand Spanish,” Cilvia Rodriguez said.

The 60-year-old mother of five added that when she was a child, she grew up speaking English in a Hispanic Church of Christ. Now her children face the same language barrier, she said.

Sabino Rodriguez said when he preaches in Spanish, the youths simply stare at him. When he adds something in English, their eyes fill with understanding.

“There are still people out there, brethren that we love, that say, ‘We’re brown, so we’re Hispanic. That’s it. Don’t speak English.’ It’s traditional but it impedes growth.”

• On working in a Spanish-dominant church as an English speaker: When participating with the Springdale church’s youth group — and competing in Bible bowls — “we were forced with the Spanish congregations, they told us, ‘No, you have to learn the Spanish. You’re going to have to take the test in Spanish,” Cilvia Rodriguez said.

“Our kids did not know the Spanish, and they won first place every single time,” she said, “but I had to break down the chapters, words, meanings, everything, for them to understand how to pronounce the word. It was a challenge.”

• On how the National Hispanic English Youth Conference impacts the Latino Church of Christ community: “I think we’ve made a lot of progress, I think this is a stepping stone,” Sabino Rodriguez said. “There are some out there who did not let their kids come because they didn’t want their kids to be confused.”

The minister added that a couple told him their kids would go instead to a Spanish convention in Houston in July instead of the English one at Lubbock Christian. So, in front of the parents, he asked the children 10 questions in Spanish. None of the children gave correct answers. He then asked them the same questions in English, and this time the children answered correctly.

“I was showing the parents, ‘Look at what the kids need, not at what you need,’” Sabino Rodriguez said.

Filed under: One Nación Under God