New editor-in-chief seeks feedback from readers of The Christian Chronicle.

I’m not exactly the new guy. After all, my musings, ramblings and occasional insights filled the Inside Story space for seven years (2005 to 2012) during my time as managing editor of The Christian Chronicle.

When I transitioned to the chief correspondent’s role in 2013, I kept writing periodic first-person pieces.

That means many readers — even those who connected with the Chronicle just in recent years — have seen my pretty face. (Yes, that was meant to be funny.)

As you might have read, I am the new editor-in-chief of the Chronicle. Erik Tryggestad, who previously served in that role, is our new president and CEO. He succeeds Lynn McMillon, who retired after 23 years of service but will continue teaching Bible at Oklahoma Christian University.

For those who have appreciated Tryggestad’s international writing, the good news is this: He’s not going anywhere — except to cover more news around the globe. His byline will remain a mainstay in our pages, both in print and online. In fact, his coverage (exceptional, as always) from his recent reporting trip to Chad starts on Page 1 and continues in the Currents section.

Also, Tryggestad (at my request) will write the monthly Insight column at the back of the paper. That’s the hallowed space that, for so many years, was occupied by Bailey McBride. Fittingly, it was McBride who recruited Tryggestad to the Chronicle in 2001. McBride retired as our editor in 2006 but kept writing that column for several years afterward. 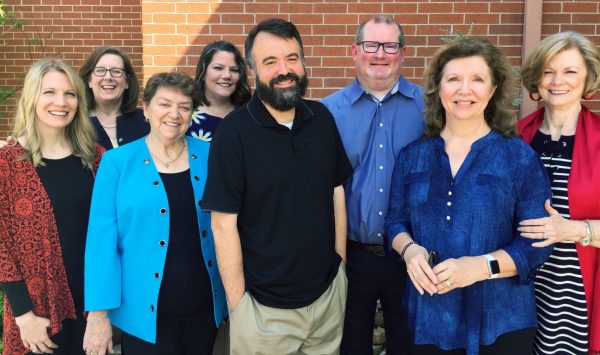 As for me: Even as I oversee our news and editorial operations, I’ll remain our lead writer on news involving the nation’s nearly 12,000 Churches of Christ in the U.S.

In my time with the Chronicle, I’ve been blessed to report from all 50 states and 14 nations. Lord willing, I look forward to many more opportunities to travel in search of stories that inform, inspire and unite our fellowship.

When I last wrote this column on a regular basis, I often mentioned my wife and kids (I sort of want to apologize for that, but not really).

Tamie and I are empty-nesters now and enjoying it. She’s still battling the autoimmune disease that forced her to give up her role as the Chronicle’s advertising manager in 2012. When she feels like it, she enjoys planting flowers, sewing (mostly making cute outfits for our grandson, Bennett) and writing (when she finishes her novel, it’s going to become a bestseller and make us rich).

I’m still an obsessed Texas Rangers fan and holding out hope that before I die my team will get that elusive final strike and win a World Series. 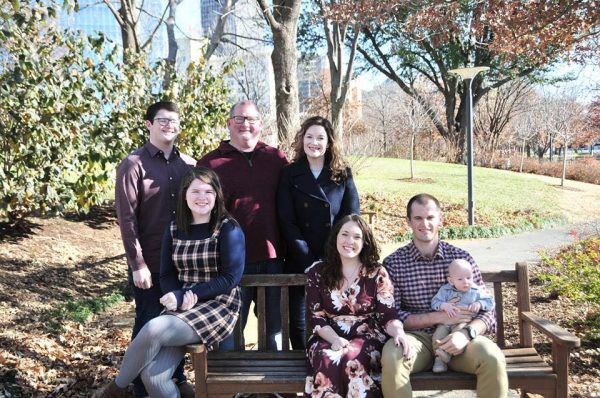 Our oldest son, Brady, and daughter-in-law, Mary, live in Waco, Texas, where he is the youth minister for the Crestview Church of Christ. They are the parents of Bennett, who is absolutely perfect and will celebrate his first birthday later this summer.

Our middle son, Keaton, is an intern for The Oklahoman, the daily newspaper in Oklahoma City. He’ll be a senior at Oklahoma Christian this fall and serve as editor-in-chief of the student newspaper, The Talon, a position his father held 30 years ago. 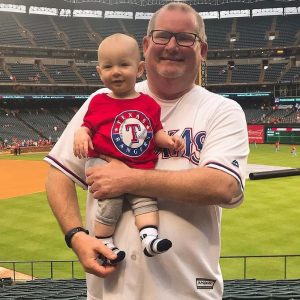 Kendall, the youngest of our three children, is a junior history major at Pepperdine University in Malibu, Calif. She’s a champion debater who spent her sophomore year studying in China. We miss her when she’s so far away, but she’s thriving.

Back to my new role at the Chronicle: I’m curious, dear reader, about the types of stories and articles you enjoy most. Some questions for you:

• Are there topic areas or subjects we should cover more? Less?

• How could we improve what we do? What suggestions do you have for making the Chronicle better?

• What story ideas do you have?

How could we improve what we do? What suggestions do you have for making The Christian Chronicle better?

Finally, we’re so thankful for those who read the Chronicle in print. You’re a huge blessing to us.

But I’d urge you, too, to check out our online offerings.

At christianchronicle.org, which is managed by our superb digital news editor, Chellie Ison, we cover breaking news in real time. You can sign up there to receive our twice-a-month email newsletters.

Also, I’ve launched a weekly roundup (each Friday) of religion headlines in Churches of Christ and beyond. I’d be honored if you’d give it a click on our website and let me know what you think.

Questions? Complaints? Baseball talk? I’d love to hear from you.

Filed under: Inside Story Top Stories