Christians face a ‘grim, grave and gloomy’ situation as COVID-19 ravages the predominantly Hindu nation, but believers say they are determined to spread hope, masks and love.

‘We are immersed in fire. It is like watching an apocalyptic movie.”

That’s how Dr. Mani Pagidipalli describes his home country of India, which topped 20 million confirmed cases of COVID-19 on Tuesday with more than 350,000 new cases reported in a 24-hour period. At least 222,000 people have died since the pandemic began. Now some 3,600 people are dying per day.

“There is no place for the sick at hospitals, no place for the dead at the crematoriums and graveyards,” said Pagidipalli, a physician and evangelist who works with multiple Churches of Christ in southern India and oversees a medical mission and a preacher-training program. To the north, in the capital, Delhi, workers have built makeshift funeral pyres in public parks, the BBC reports.

Indian Christians are praying for vaccines, food and even air, preachers in this predominantly Hindu nation of 1.3 billion souls told The Christian Chronicle. Ventilators and oxygen canisters are in short supply, and lockdowns are preventing those who work as day laborers to earn enough money to feed their families.

Some 600 preachers for Churches of Christ have died from COVID-19 in the past year, according to workers with India Missions, a ministry overseen by the Shiloh Church of Christ in Hazel Green, Ala. The ministry has distributed aid to suffering believers, including women newly widowed by the virus, said missionary Kyle Clayton.

Related: ‘The most fruitful mission field in the world’ 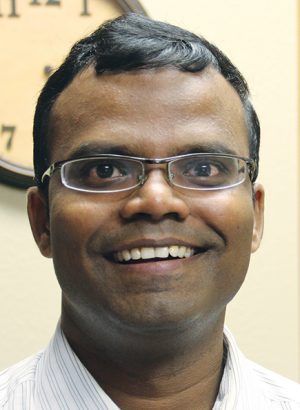 Two evangelists who work with Pagidipalli recently passed away, and the families of at least seven teachers who work with the training program are suffering from the virus.

As the situation becomes increasingly “grim, grave and gloomy,” the minister said, church members are doing their best to serve and share Christ with the suffering.

“COVID is increasing exponentially here in India,” Pagidipalli said, “but the number of souls who are turning to Jesus as their Lord is also increasing every single day.” 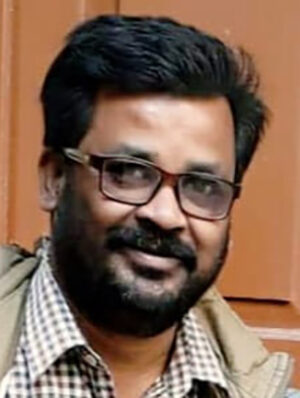 • In Hyderabad, capital of India’s Telangana state, “concern is very high. We’re not going outside,” said Jeevan Jessy, minister for the Central Church of Christ, which has an attendance of about 100. The minister also works with two rural congregations with a combined membership of about 270.

Schools are closed and Jessy’s children are at home. Most church members can’t work. The minister’s uncle recently died from the virus.

• In the seaside city of Kakinada, Ronnie Gootam scrolls through post after post on Facebook of people in his area asking for work — any work. Others seek people willing to deliver food to coronavirus patients or plead for leads on where they might find oxygen. 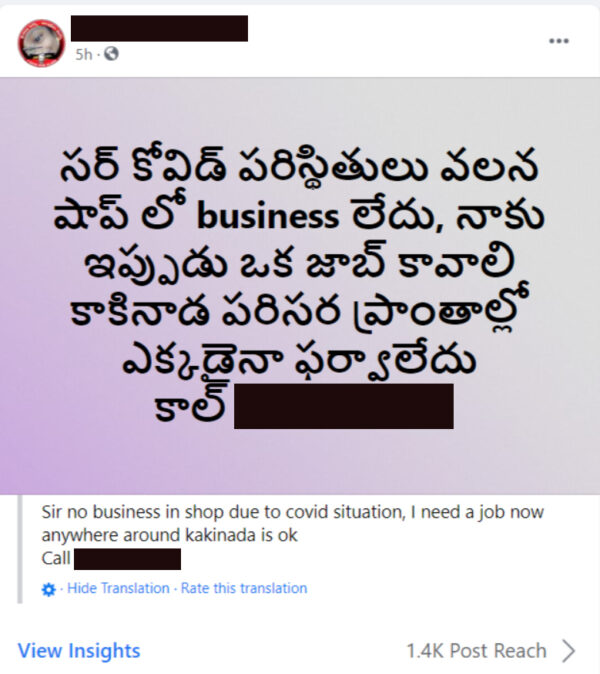 A Facebook request in the Telegu language requesting work of any kind.

“We lost a church member a few days ago,” said Gootam, a graduate of the Memphis School of Preaching in Tennessee who works with Churches of Christ across southern India. “He was pretty much asymptomatic until the day he passed away.” When the church member began to struggle to breathe, he was taken to a hospital, where he tested positive. 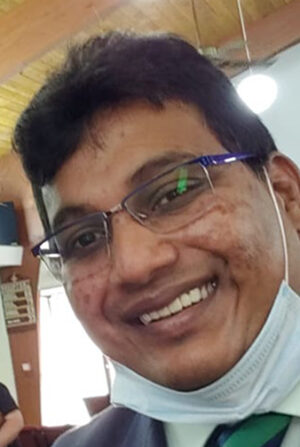 “Due to lack of oxygen in the hospital, he passed away shortly,” Gootam said.

Gootam’s brother recently was hospitalized with COVID-19 and his sister-in-law and nephews are in isolation with symptoms.

Dr. Stanley Madiki said he knows of more than 900 preachers’ families affected by the virus in Kakinada and other parts of southern India.

Madiki, a physician and preacher for the Agraharam Church of Christ, and his wife Marcella distributed “Bags of Hope,” including food and medical supplies, to 1,500 families of  preachers and 400-plus poor families during pandemic lockdowns last year.

Recently Madiki purchased oxygen concentrators with help from churches and individual Christians in the U.S. The physician is making house calls to patients with the virus who are quarantined and in need of oxygen in Kakinada, the Visakhapatnam district of India’s Andhra Pradesh state and the neighboring state of Telangana. More concentrators are on the way, Madiki said, and many more are needed.

“The risk is very high,” Madiki said of possible exposure to COVID-19 patients, “but that is what we have decided to do — to spread the love, to give hope and to pray for them and their loved ones.” 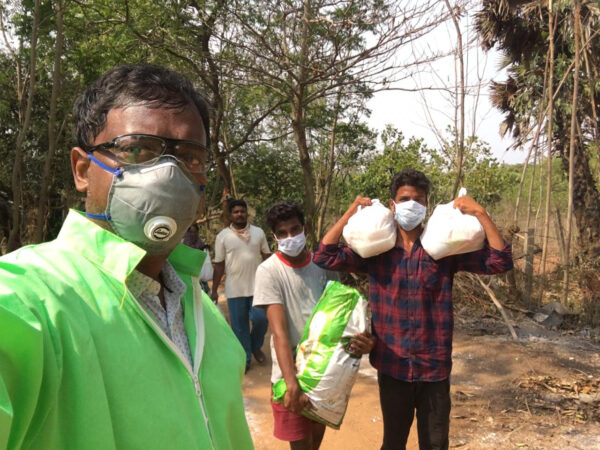 Stanley Madiki, left, and coworkers take “Bags of Hope” to a rural “red zone” village affected by COVID-19 in mid-2020.

The virus “can shut down churches, choke the gospel and persecute,” he added, “but our faith, hope and love shall continue.”

• In the southern Indian city of Chennai, Paul Renganathan hopes for a pandemic of prayer.

The director of World Bible College and longtime minister for Churches of Christ said he has commitments from about 1,000 Christians around the world to pray “for the eradication of the virus globally.”

He’s hoping that number will grow to 1 million. 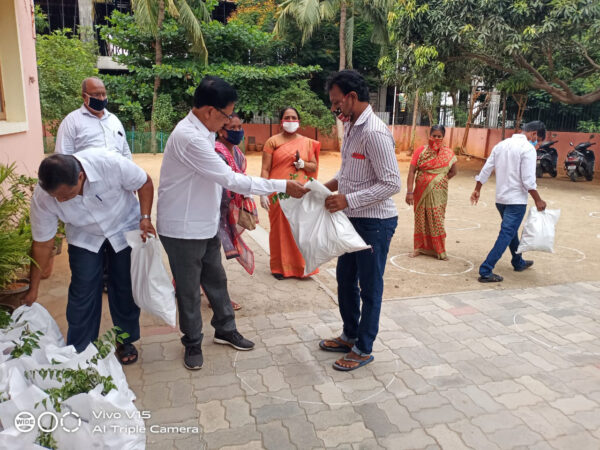 Renganathan knows of nearly 500 deaths among members of Churches of Christ in the Chennai region, including several evangelists he worked with closely.

When the initial lockdowns were lifted in 2020, members of the Anna Nagar Church of Christ in Chennai conducted gospel campaigns and did street preaching. Even children as young as 7 proclaimed the Good News to their neighbors, Renganathan said.

Recently, church members launched a new campaign to deliver the gospel — and masks — to 30 villages in the area, the minister said. Church members also will encourage villagers to get vaccinated when they can.

In India, there are many reasons for people of faith to be discouraged, Renganathan said.

“But this is the time when we have to be more like Christ,” he said, “and encourage our brothers in particular and the world in general.” 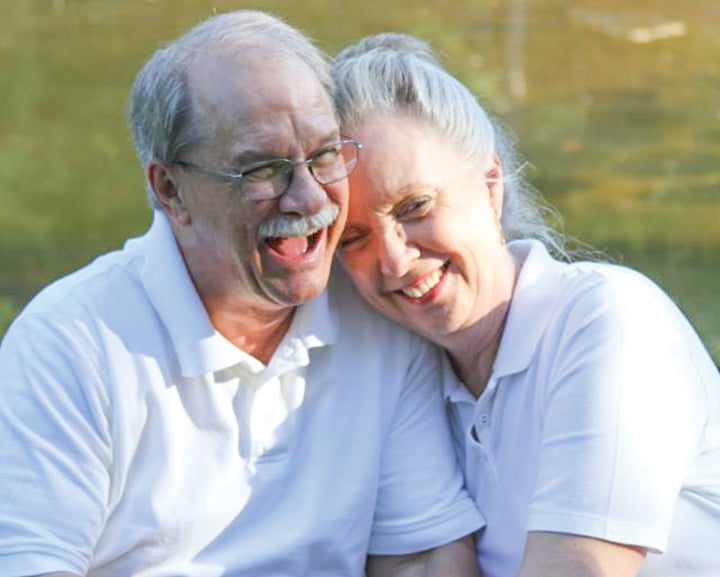 A recent funeral hosted by the Hamilton Church of Christ in… 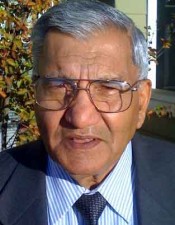 For Christians, the Islamic Republic of Pakistan is among the… 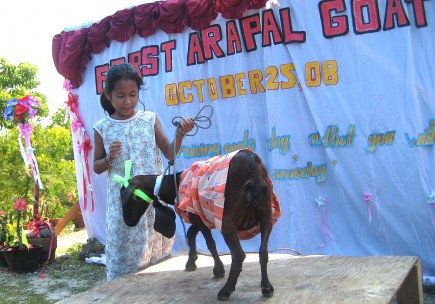 TAXICABS AND GOATS  are among the means used to support… 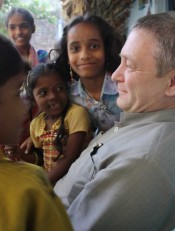 A day in the life of the orphanage inspector