McDaniel, 84, served as an elder of a 50-member congregation northeast of Dallas.

Lindy McDaniel, who remained active in teaching and preaching the Gospel nearly a half-century after his 21-season major-league pitching career, died Sunday, Nov. 15, from complications related to COVID-19. He was 84.

McDaniel was an elder of the Lavon Church of Christ, a 50-member Texas congregation about 35 miles northeast of Dallas.

My father, Lindy McDaniel, passed away early this morning after a long battle with Covid. He led an extraordinary life,…

But the devoted Christian, who served in full-time ministry after his playing days, always considered what happened off the field as more important.

“Faith is the anchor that’s going to help us in every other aspect of our life,” McDaniel told The Christian Chronicle earlier this year. “So we must put God first, and we must become familiar with the Bible.”

McDaniel grew up on a farm just north of Hollis, Okla., in the state’s southwestern corner.

The oldest son of Newell and Ada Mae McDaniel became an avid Bible reader at a young age. 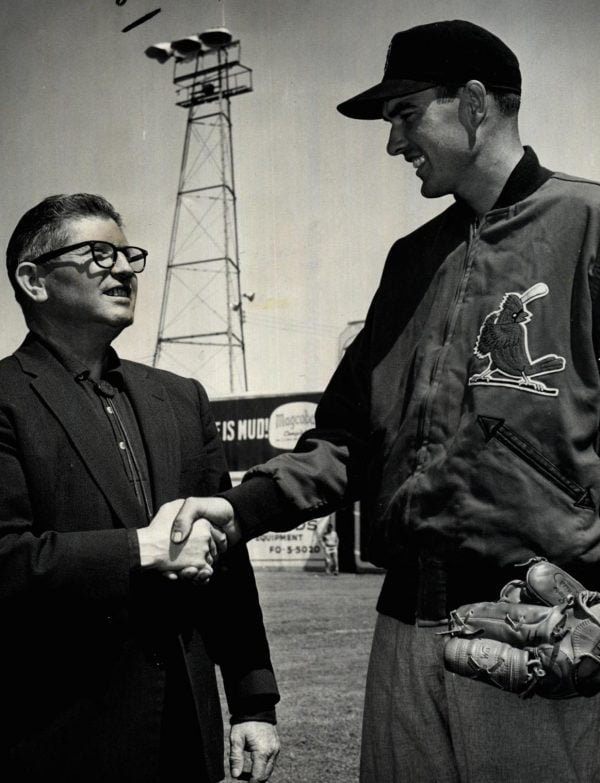 “I said, ‘I must go to church,’” he recalled. “They agreed to do that for me. Every organization in baseball gave me that privilege to go to church on Sunday. I knew I couldn’t survive the game unless that happened. So that was a really important piece for my signing a professional baseball contract.”

“The Cardinals drafted Lindy first since he is older. Later, they drafted Von and offered him a bigger signing bonus than they had paid to Lindy. Their father said to the organization, ‘That is not right. Pay him the same as Lindy.’ Von said that cost him quite a bit of money.”

“When Lindy was playing for the Yankees and the Royals, we always knew that we would see him when they played the Rangers on a weekend,” said Presswood, now serving as minister and an elder of the Jamestown Church of Christ, a congregation in rural East Texas. “Lindy not only attended, but he almost always brought a teammate or coach with him. One of his guests was Felipe Alou.”

Presswood shared this amusing anecdote: “The Cardinals drafted Lindy first since he is older. Later, they drafted Von and offered him a bigger signing bonus than they had paid to Lindy. Their father said to the organization, ‘That is not right. Pay him the same as Lindy.’ Von said that cost him quite a bit of money.”

Before starting his baseball career, Lindy McDaniel attended his freshman year on a basketball scholarship at the University of Oklahoma. Later, he studied Bible for one fall semester each at two colleges associated with Churches of Christ: Abilene Christian University in Texas and Florida College in Temple Terrace, Fla. 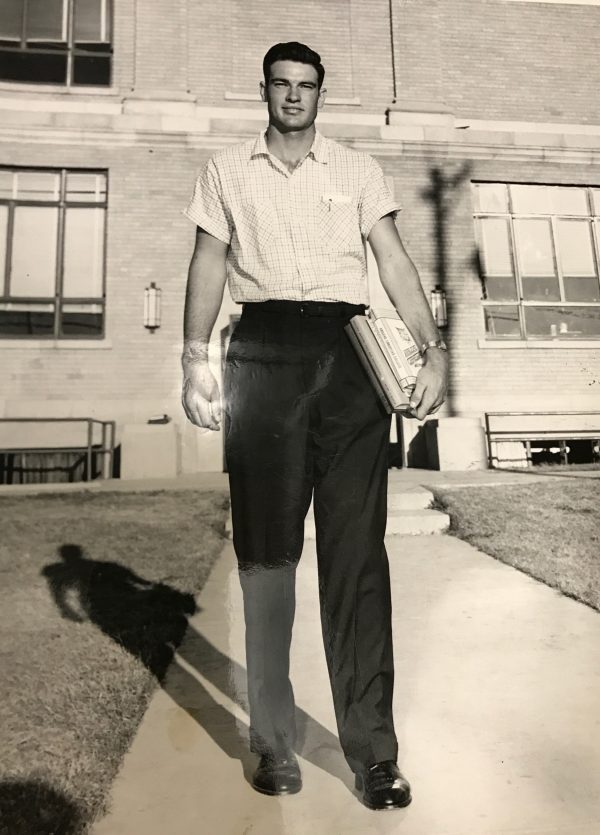 Lindy McDaniel, as a 19-year-old student at Abilene Christian University in Texas.

The Associated Press featured McDaniel in an Oct. 16, 1955, profile with the headline “He Will Pitch For The Lord.”

The ACU student told the wire service he didn’t know if he’d become a minister after his playing career.

“I will definitely go into personal work, but I am preparing myself for either,” said McDaniel, then 19. “By going into Major League Baseball, I’ll get to know more people. It’ll give me a chance to take Christianity into baseball, and I can decide later about preaching.”

In 1963, McDaniel started producing a monthly publication called “Pitching for the Master,” which he kept going until his final season in 1975.

In verses such as 1 Corinthians 9:24-27 and Ephesians 6:13, the apostle Paul likened the Christian life to running a race and putting on the full armor of God. 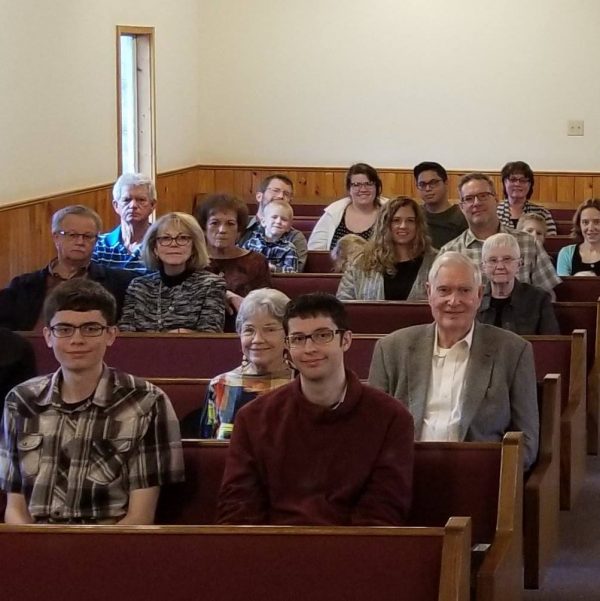 Lindy McDaniel, on the second row, is shown at the Lavon Church of Christ in Texas.

“Just like Paul, I was just using sports to teach about the principles of Christianity,” McDaniel said.

Church and family keep McDaniel and Nancy, his wife of 12 years, busy.

“Just like Paul, I was just using sports to teach about the principles of Christianity.”

“Lindy is one of the most conscientious, studious, devout people you will ever find,” Terry Sumerlin, who preaches two Sundays a month at Lavon, said when the Chronicle profiled McDaniel this past summer. “His affections are set above. My wife, Sherry, and I love him and his dear wife.”

The Lavon church endeavors to take members through the entire Bible every four years. That intentional study program, McDaniel told the Chronicle, resulted in “people getting a lot more familiar with the whole Bible.”

“We’re all imperfect beings, and we’re saved by the grace of God,” McDaniel said. “But God asks for certain things from us as Christians, and one is obedience to him and to live a new life. So that is my main concern.”

A private memorial service will be held on Thursday, Nov. 19.

When Joe Chesser was 9 years old, his family attended…