Other congregations meet but with modifications such as individual, prepackaged communion.

COVID-19 has made one thing clear, if it was not already: The church is not a building.

Amid concerns over the spread of the coronavirus, hundreds, perhaps thousands, of Churches of Christ in the U.S. and abroad canceled regular worship assemblies this weekend.

Some congregations did so for the first time in their history.

“We were asked by the governor … to not have gatherings together,” said Mark Ray, minister for the 300-member Benton Church of Christ in Kentucky. “One-fourth of our members are over 65, and that’s who would have come.”

Instead, the Benton church livestreamed a devotional message by Ray and made communion supplies available for pickup or delivery.

Noel Walker, minister for the Tintern Church of Christ in Vineland, Ontario, south of Toronto, said love, not fear, prompted his congregation to offer an internet broadcast instead of a normal assembly.

“We wanted to be part of the local infection control strategy rather than contribute to the problem,” Walker said.

Mike Miles, preaching minister for the Livonia Church of Christ in Michigan, gave a similar explanation for canceling: “We have people in our community who are at risk. Following guidance from the government, we are hindering the spread of the virus by avoiding large gatherings.”

COVID-19 is the name of the disease caused by the virus SARS-CoV-2, a close cousin to the SARS and MERS viruses that have sparked deadly outbreaks in the past. Since it first appeared in China in late 2019, this strain of coronavirus has reached pandemic proportions: 150,000 people confirmed as infected and more than 5,700 dead, according to The Associated Press.

For most people, the disease brings only mild or moderate symptoms, such as fever, cough and respiratory issues. However, the elderly and those with compromised immune systems are particularly at risk. Government officials point to social isolation — people staying home — as a means to control the disease’s spread and keep cases from overloading hospitals in the U.S., as has happened in other countries.

With regular worship canceled, Steve Shaner, an elder of the 1,500-member Downtown Church of Christ in Searcy, Ark., said he planned to meet Sunday with a small group to fellowship and partake of the Lord’s Supper.

“I’ve read the Book. The world does not end this way,” Shaner said. “Together, we will get through this.”

Blessings in the disruption

Some Christians said they found blessings in the disruption of normal Lord’s Day activities.

“There has not been the rushing around trying to get ready to drive to the building,” said Tina Seward, a member of the North Atlanta Church of Christ in Dunwoody, Ga.

“I’ve also been reminded that God is still there even when you cannot worship face to face,” added Seward, whose church offered a recorded sermon, singing and communion thoughts along with an opportunity to give online. “It is encouraging to me to hear suggestions about how to help others in the community during this time.”

Though their worship assemblies were suspended for two Sundays (Oct 20 & 27, 1918) in Nashville during the influenza…

Other churches worshiped at their buildings, as usual, but urged those who felt sick or at risk to stay home.

Josh Vires, minister for the Waynedale Church of Christ in Fort Wayne, Ind., said the congregation canceled Bible classes and church events for this week but not its Sunday morning service.

Sunday attendance was 37, down from a typical 45, Vires said.

“All was the same except for communion, where we used single-served, prepackaged communion,” Vires said — a change mentioned by several churches who responded to a Christian Chronicle survey.

“We expressed gratitude for those that were present and expressed support for those that exercised caution by staying home,” the Indiana preacher said. “We see no spiritual consequences with pursuing caution.”

Likewise, Jeffrey Dillinger, preacher for the Whitehall Church of Christ in Pittsburgh, said: “We let people know that they were not going to be judged if they chose to stay home.” Attendance was 87 Sunday, down from a typical 105, Dillinger said.

NO-TOUCHING SUNDAY – March 15th has been designated a "No Touching" Sunday at Rappahannock Church of Christ. Please watch the brief tutorial below for details . . .

Not far from the Mayo Clinic, the Rochester Church of Christ in Minnesota took out some of its chairs to allow more space between worshipers. Songbooks, pencils and attendance cards also were removed.

Hymn music was shown on a PowerPoint. Members picked up individual communion servings on the way into the auditorium. Extra hand sanitizer was made available.

“We livestreamed the service and encouraged the elderly, the immunocompromised and anyone else to stay home per their needs or choice,” said Patti Sikes, wife of minister and elder Steve Sikes. Seventy-two people attended, down from a typical 90.

How are you worshiping today? (Or "How did you worship?" — depending on where you are on the globe as you read this.) I'…

The Manchester Church of Christ in New Hampshire also met, although attendance was down significantly — with 68 present compared to a normal 110.

“Those who felt vulnerable stayed home,” said Park Linscomb, the New England congregation’s minister. “One of our elders talked with the congregation after worship to try to bring some reason in the midst of anxiety: Take usual precautions, but don’t push the panic button.

“Some brethren greeted from a distance, while others continued to shake hands and hug.”

“I preached ‘Do Not Fear’ about trusting God’s love, power, wisdom and trustworthiness,” Linscomb added. “Some brethren greeted from a distance, while others continued to shake hands and hug.”

More than 3,000 miles away, the East County Church of Christ in Gresham, Ore., was among congregations that didn’t assemble.

Metro member Kristi White said he couldn’t recall the Pacific Northwest church ever canceling the Sunday service before this. 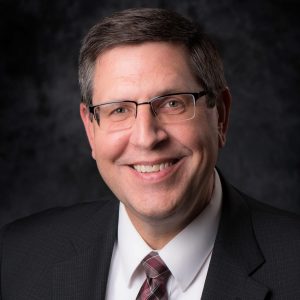 “It just adds to the surrealness of this whole experience,” White said. “Our family will worship with a local church who is having an online service.”

In East Tennessee, the Karns Church of Christ in the Knoxville area drew a crowd of 270 on Sunday, down from a normal 420.

But Karns preacher Steve Higginbotham stressed that he does not view people staying home to protect themselves as “forsaking the assembly.”

“I just think we need to curtail the talk that goes something like this: ‘By not attending, or by canceling class/services, you are showing your lack of faith in God,’” Higginbotham told the Chronicle. “Quite the contrary!

“We are demonstrating our love and deference toward our more vulnerable followers of Jesus. Also, many of our members work through the week with people who are vulnerable and high risk. By curtailing certain assemblies, we are showing compassion toward them as well.” 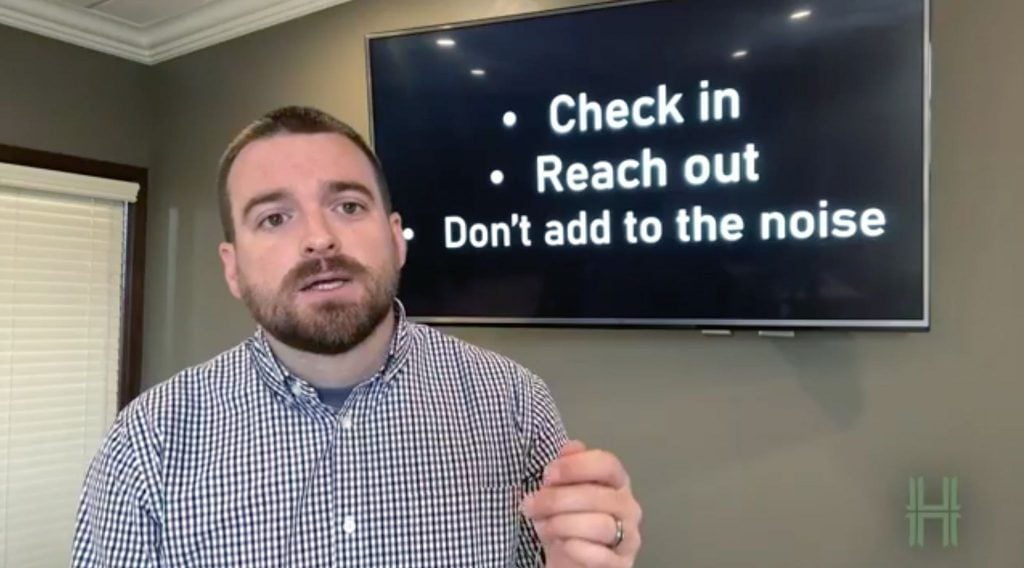 Editorial: Don’t panic, don’t scoff, and look for blessings in the pandemic

Don’t panic. And don’t scoff. We can’t stress that enough.…