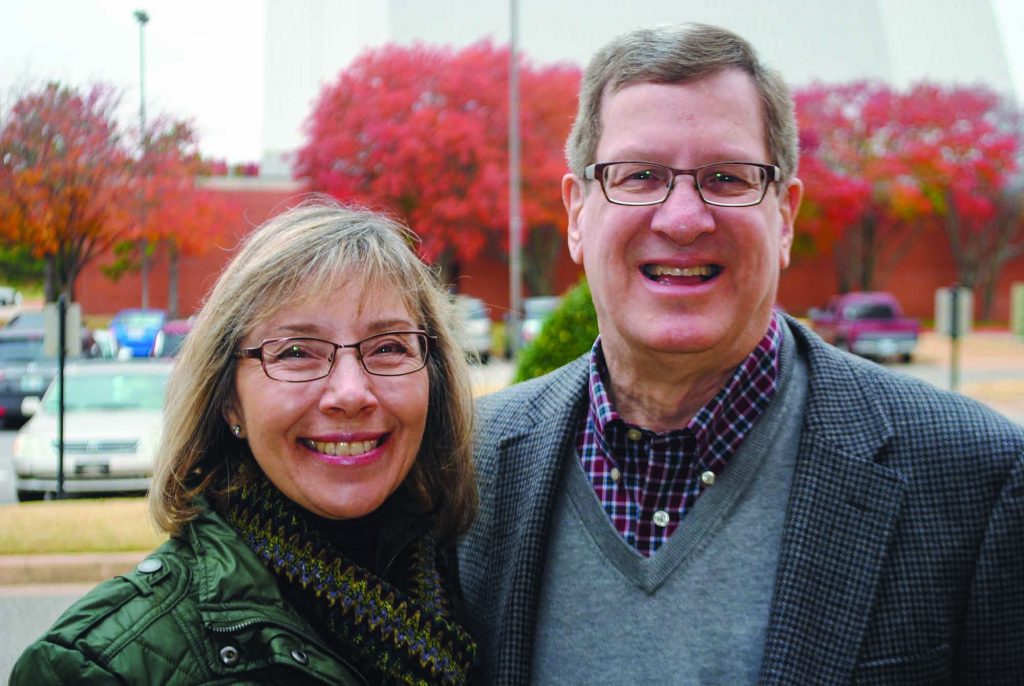 A conversation with Lee and Leslie Strobel

The Case for Christ author shares how investigative reporting led to faith — and an intense desire to share it.

He’s an investigative reporter by training and a believer in Christ by choice. 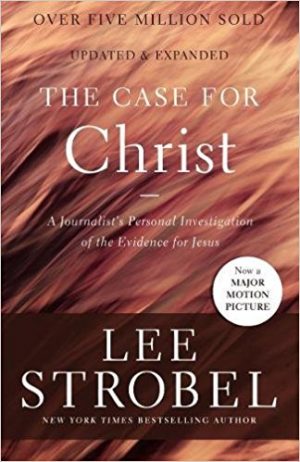 The Case for Christ: A Journalist’s Personal Investigation of the Evidence for Jesus

While working for The Chicago Tribune, atheist Lee Strobel put his skills to work as he examined the evidence for a historical Jesus. The conversion of his wife, Leslie, was his inspiration. His study, and his wife’s patient support, resulted in his own conversion to Christianity in 1981 — and his 1998 book, “The Case for Christ: A Journalist’s Personal Investigation of the Evidence for Jesus.” Critics hailed Lee Strobel’s “bulldog-like tenacity” as he interviewed 13 religious scholars for the book.

Twenty years later, Lee Strobel has authored 25 volumnes, including “The Case for Faith,” “Finding the Real Jesus” and “Surviving a Spritual Mismatch Marriage,” co-authored with his wife. His latest, “The Case for Miracles: A Journalist Investigates Evidence for the Supernatural” is slated for release March 27. He has also written books for young adults and children that give guidance for sharing their faith. In 2017 “The Case for Christ” became a motion picture released by Pure Flix Entertainment.

Lee Strobel earned a journalism degree from the University of Missouri and a Master of Studies in Law from Yale Law School. After his conversion, he received an honorary doctorate from Southern Evangelical Seminary in recognition of his contributions to Christian apologetics. He has ministered for churches in Illinois, California and Texas and currently teaches at Houston Baptist University. He and his wife have two children.

What argument against faith do you most commonly encounter? How do you respond?

Lee Strobel: According to polling I’ve conducted, as well as personal experience, the most common objection to Christianity is: How can a loving God allow pain and suffering in the world?

I give a robust answer to this question in “The Case for Faith.” Briefly, we need to make the point that God is not the creator of evil. He created the world to be good, but he gave us free will. Why? Because only if we possess free will can we truly love God and others. And since the beginning, we have used our free will to bring pain and suffering into the world.

But it’s important to note that although suffering isn’t good, God can use it to accomplish good — to draw people to Christ, to sharpen our character and to lovingly discipline his followers for their own benefit, so they might learn the right path to take. Further, the day is coming when suffering will cease, and evil will be judged. What’s more, our suffering in this world will pale in comparison to the glory in store for God’s followers in heaven.

In the end, we decide whether to turn bitter or turn to God when pain enters our life — and inevitably we find seeking God to bring the peace and courage we need, as Jesus talks about in John 16:33. 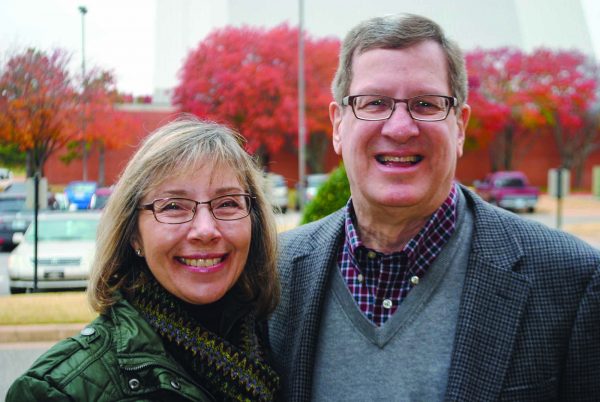 Leslie, describe the experience of seeing your husband go from atheism to faith in Jesus.

Leslie Strobel: Second Corinthians 5:17 tells us that, when a person comes to faith in Christ, “the old has gone and the new has come.” I certainly saw that in Lee!

After his two-year investigation convinced him Jesus really is the unique Son of God, he whole-heartedly embraced Jesus, and Lee’s values, character, morality, world view, philosophy — everything, in fact — began to change for the good.

Our daughter, Alison, who was 5 at the time, saw the difference over several months. She came up to me one day and said, “I want God to do for me what he has done for Daddy.”

What can parents do to build faith in their children?

Lee Strobel: We should live out our faith in an authentic and honest way in front of our kids.

We should make our homes a safe place where our kids can express their fears, reservations and questions about God. If we don’t, their unstated questions can multiply into doubts that can erode their soul.

We should expose our children to faith-building resources, which is why I’ve produced children’s editions of most of the books in my “Case” series. Finally, we should pray fervently, consistently, and expectantly for our children as they face an increasingly skeptical and even hostile spiritual world.

What have you found to be an effective way to develop the faith in non-believers?

Lee Strobel: I do more listening than talking, trying to discern the real root of their disbelief; I respect them as people who matter greatly to God; I recognize that they’re on a journey that might take time; and I let them know I will be their friend regardless of their ultimate decision about God. In other words, I develop no-strings-attached friendships where there’s space for honest conversations about matters of faith.

“We should make our homes a safe place where our kids can express their fears, reservations and questions about God. If we don’t, their unstated questions can multiply into doubts that can erode their soul.”

Often, I’ll ask them: “If you could ask God any one question and you knew he would give you an answer right now, what would you ask?” This tends to expose some of their deepest objections to Christianity.

But I don’t merely respond with an apologetic answer. Instead, after they’ve asked their God question, I’ll say: “Out of all the millions of possible questions you could ask, why did you choose that one?” This question digs beneath the surface and often reveals the true obstacle in the way to this person encountering Jesus.

What most strongly undermines our faith?

Lee Strobel: Often, there are legitimate questions that can erode our faith in Christ — but many times the real source of our problem goes beyond mere intellectual obstacles.

Sometimes there are psychological reasons. For instance, studies have shown that a person’s relationship with their father can influence how skeptical they are about God. After all, if an earthly father has hurt or disappointed a person, it makes sense he or she would not be interested in building a relationship with a heavenly Father.

Other times, there are moral reasons for our faith fading. We would rather choose sin than God’s commands, and so we can find ourselves rationalizing our improper behavior by expressing doubts about God. Pride can also undermine our faith. Sometimes we think we know better than God, and so we choose our own path rather than his.

What counsel would you give churches in raising their evangelistic temperature?

Lee Strobel: Leaders in the church must themselves own and model and value that spiritually lost people matter to God. Those leaders must instill that value into the congregation.

Every church should have a “point person” responsible for evangelism, whether he or she is a volunteer or a part-time or full-time staff person. This individual’s job isn’t to do evangelism on behalf of the church but to empower and enable the congregation to share their faith with others.

“Eighty percent of American churches are plateaued or declining in attendance; 10 churches a day are closing their doors for good. We can’t continue to go down that road.”

Those gifted or impassioned about evangelism should be equipped and encouraged to have a disproportionate impact on reaching the community for Christ. And churches should launch ministries and events to reach their community with the Gospel. One effective innovation in this area is for churches to host “spiritual discovery groups” where non-believers can meet periodically with Christians in their journey toward Christ.

My ministry associate, Mark Mittelberg, has authored a book on this six-stage process, called “Becoming a Contagious Church,” and my associate Garry Poole has written the definitive book on doing these spiritual discovery groups, called “Seeker Small Groups.” Both of those are invaluable resources for church leaders.

Lee Strobel: I got this idea from South Korea, where the “1-1-1 Prayer Movement” started. The idea is that the congregation agrees to pray for one spiritually lost person for one minute at one o’clock each afternoon. When this movement is launched, six to eight weeks before Easter or Christmas, a focus of the prayers would be that God would open an opportunity to invite that friend to Easter or Christmas services at church.

I’ve seen this kind of campaign bear significant fruit when we’ve done it in Illinois and California. It gets the entire church involved in praying for lost people, just as Jesus did on the cross and Paul did in Romans 10:1.

What major trend do you see in churches today?

Lee Strobel: Church leaders are realizing that the status quo isn’t working. Eighty percent of American churches are plateaued or declining in attendance; 10 churches a day are closing their doors for good. We can’t continue to go down that road.

On the other hand, many church leaders are making renewed commitments to reaching their community for Jesus. I see fresh passion for helping churches become vibrant and authentic catalysts for evangelism.

We live in difficult times, when skepticism and even hostility toward faith is growing. I’m encouraged that churches are taking up that challenge and creatively figuring out how we can be stronger salt and brighter light in our culture. The “spiritual discovery group” approach that I mentioned earlier is just one example of an innovative approach to evangelism that’s well suited to our times.