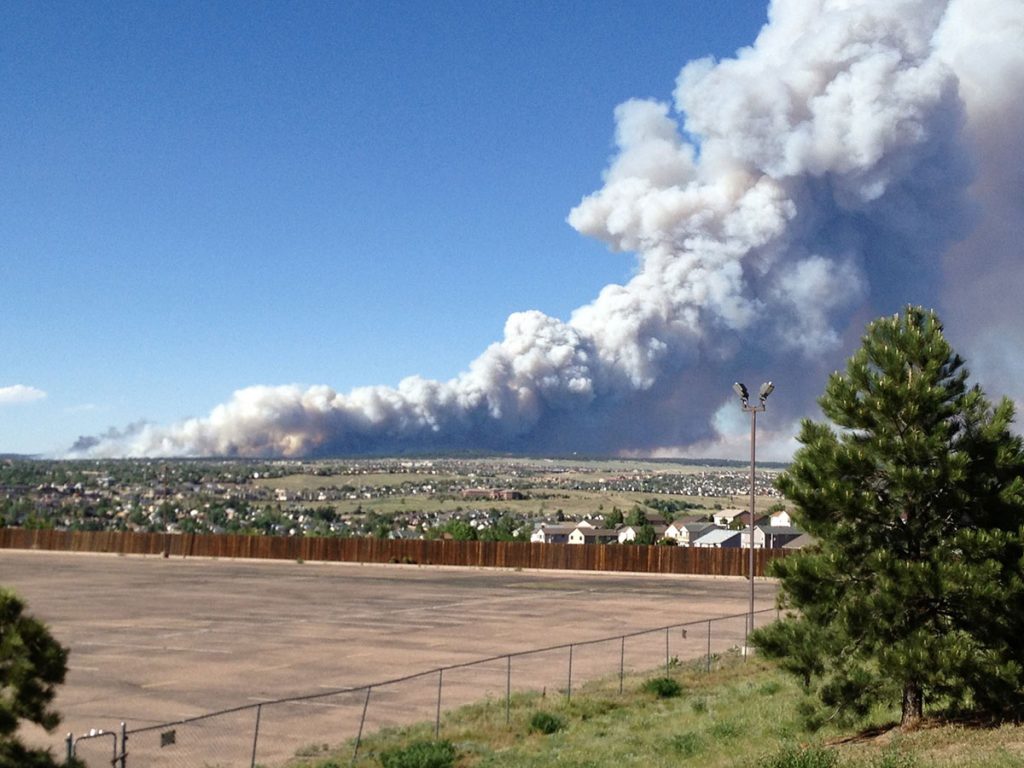 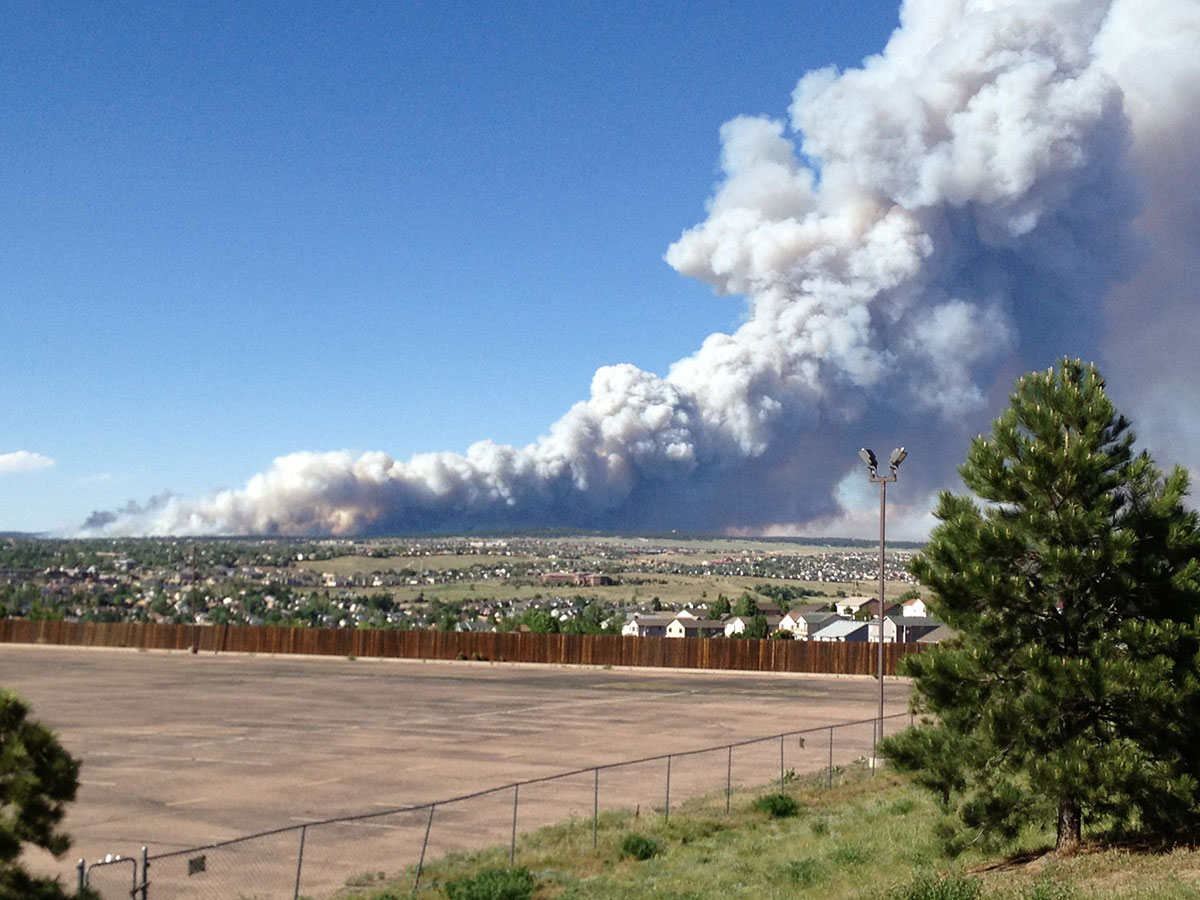 A view of the Black Forest fire in Colorado Springs from the building of the Eastside Church of Christ (Photo via www.facebook.com/EastsideChurchColoradoSprings)

The Eastside Church of Christ in Colorado Springs, Colo., is feeding people evacuated from the path of a raging fire in Colorado’s Black Forest.
The fire, blazing about six to seven miles northeast of the church’s building, forced the evacuation of 2,530 homes and businesses in northeast El Paso County, the Denver Post reports.
At least six members of the Eastside church are among the evacuees, and at least one member lost their home in the blaze, said Patrick Mead, senior minister.
“Officials say fires won’t be out for days,” Mead tweeted Monday night. “Long night and week ahead for Colorado saints.”
Update: The Gazette of Colorado Springs reports on the Evans family, members of the Eastside church who lost their home in the blaze:

At 3 p.m., Tuesday, Skyler Evans ended his father Brian’s nap in the family home at 8050 Swan Road, near Vollmer Road in unincorporated Black Forest.
“Dad, you need to come look at this smoke,” Skyler said.
Brian saw the tower of smoke and quickly began loading the family’s two cars with photos and family mementos. He made a special excursion to find his great-grandfather’s hammers.
By 5:30 p.m., Brian and his wife, Hope, their daughter Cheyenne and Skyler all drove out of the driveway just as a mandatory evacuation order was announced.
On Tuesday night, the family sat and watched the fire at a high point where Black Forest Road meets Woodmen Road. The saw a fireman friend who promised to call if he heard any information about the Evans’ family home.
At 7:45 a.m. Wednesday, the phone rang. It was the firefighter.
Their house on Swan Road was gone. It had been consumed by the fire.
Despite the loss, Brian sounded surprisingly fresh and optimistic as he talked Wednesday.
Despite his fear, Brian said he slept soundly Tuesday night at the home of a friend in Falcon. Turns out, he had more than two dozen offers of shelter from folks at the Eastside Church of Christ, where he worships.
“You don’t know how many people care about you until something stupid like this happens,” Brian said.
And he was not mourning the loss of his possessions.
“It’s just stuff,” he said. “The wife and the kids are out. The dogs are out. After that, the rest is just . . . stuff.”

Read the full story.
Officials at Oklahoma Christian University also report that one of their students lost her home in the Colorado blaze.