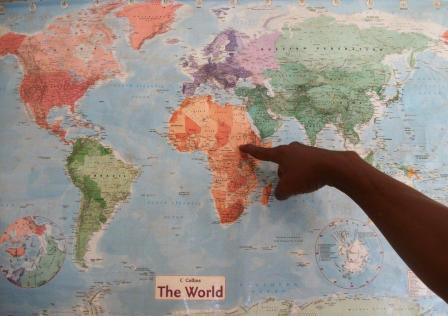 South Sudan is a landlocked country in eastern Africa. (Photo via www.thestarfishfoundation.net)

Happy first birthday, South Sudan.
The world’s newest nation became independent of its northern neighbor on July 9, 2011.
Three months earlier, I reported from the soon-to-be capital, Juba, and wrote a feature about the South Sudanese village of Parajok. The stories were part of our Global South series.
At the one-year anniversary, the BBC reports:

Thousands of people danced and waved flags during official celebrations in the capital, Juba.
The BBC’s Nyambura Wambugu, in Juba, says that few South Sudanese have seen much improvement in their lives.
But she says that most feel it has been a good year, despite the problems.
Our correspondent says it has also been a turbulent 12 months, with ethnic conflict in Jonglei State killing hundreds, conflict on the border with Sudan and a huge corruption scandal.

Read the full story, and see a slideshow of photos from South Sudan’s first year.
Churches of Christ are growing in the new nation, and multiple U.S. congregations and church members are involved in development projects. 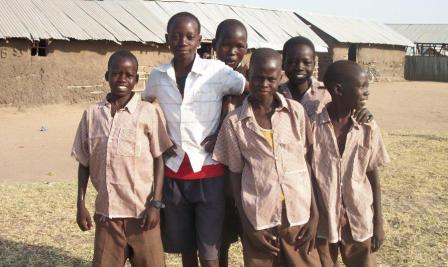 • The Starfish Foundation, a humanitarian 501(c)(3) organization supported by Churches of Christ, is building a Christian vocational school in South Sudan’s Jonglei state. The nonprofit’s founder is Dennis Cady, a longtime missionary in Southeast Asia who has worked in developing countries around the globe. When he’s not serving in Indonesia or South Sudan, Cady attends a Church of Christ in Wichita Falls, Texas.
(The 2006 feature I wrote about his family’s mission trip to Belize is one of my all-time favorite stories.)
Here’s how Cady describes the work on the foundation’s website:

At the request of the governor of Jonglei State, South Sudan’s largest state, work has begun to establish a Christian vocational boarding school.  Most of the people make their living as subsistence farmers and cattle raisers.  They farm like their grandfathers did.  The six tribes of Jonglei State have been at odds with one another.  Sometimes this has exploded into fighting, killing and burning of villages.  The governor is right  when he says if young people from all six tribes are brought to a boarding school where they will live, eat, study, and play together they will form friendships and influence others towards unity and harmony.  This school is a win, win, win situation.  First, young people will be taught skills in such areas as agriculture, tailoring, electronics, electrical, beauty salon, computers, and carpentry.  This will put money in their pockets which will translate to medicine when they are sick, being able to send children to school, and more.  Second, it will be a step towards unity as people previously isolated from one another are brought together on neutral ground.  Third, while the students are at the school they will be taught that God has a plan for their lives and be trained to share that good news with others.

The foundation seeks donations and partners for the work.
• Another church-supported ministry, Brothers Organization for Relief, or BOR, also is working in Jonglei State, the home of Sudanese Christian and BOR founder John Gak. The organization, supported by the Swope Parkway Church of Christ in Kansas City, Mo., is has constructed a primary school and church building in Kongor, South Sudan. The ministry has hired a minister who trained in Kenya to preach for the congregation and teach religion in schools. 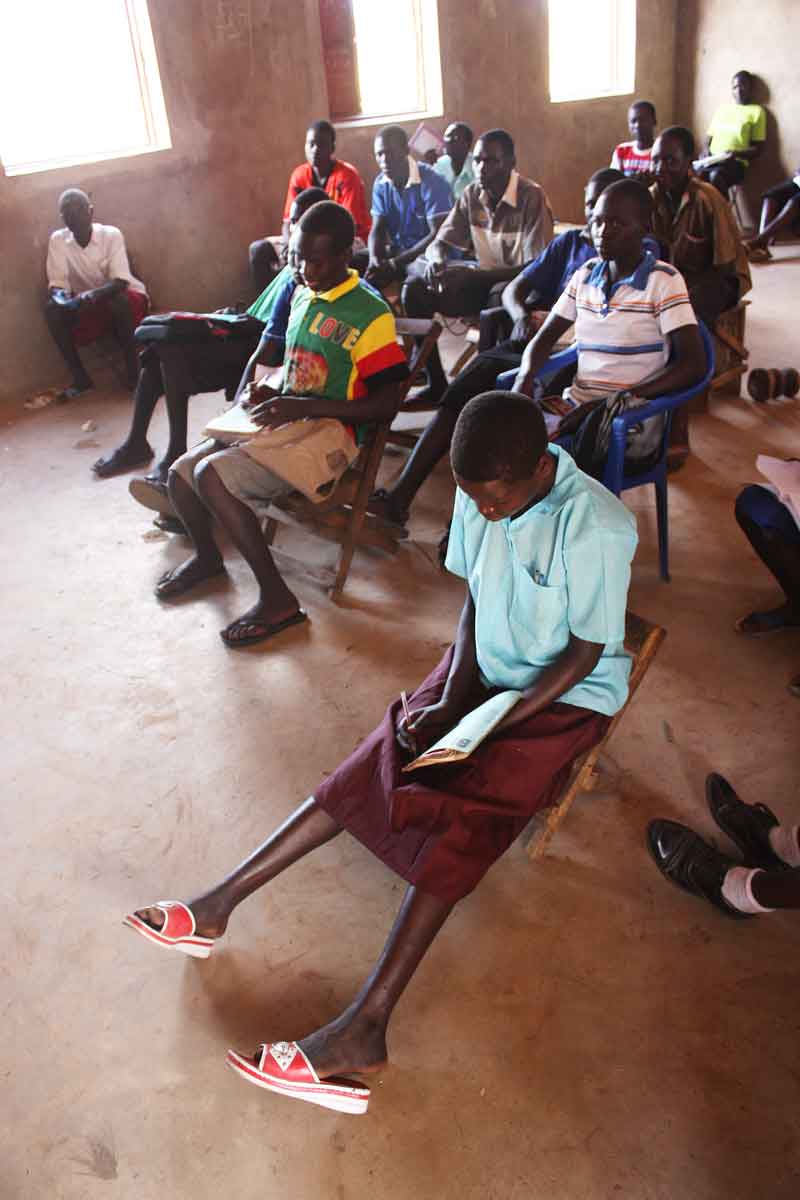 Students sit on small chairs and concrete blocks in a school in Parajok, South Sudan. (Photo by Erik Tryggestad)

• The Sudan Project continues the work I visited in Parajok last year. The nonprofit, overseen by the Mount Juliet Church of Christ in Tennessee, has opened a ministry training school in the village and is conducting its first classes.
The project is partnering with Healing Hands International to drill much-needed water wells for the people of South Sudan. The Sudan Project also is working with the founders of The Malawi Project, another church-supported mission work in the southern African nation of Malawi, in establishing a medical clinic near the preacher-training school.
• Church members have established a preacher-training program and other ministries in Nimule, just north of South Sudan’s border with Uganda. (I don’t have much updated info on this work. If you do, please comment below.)
What other works does your church support in South Sudan?