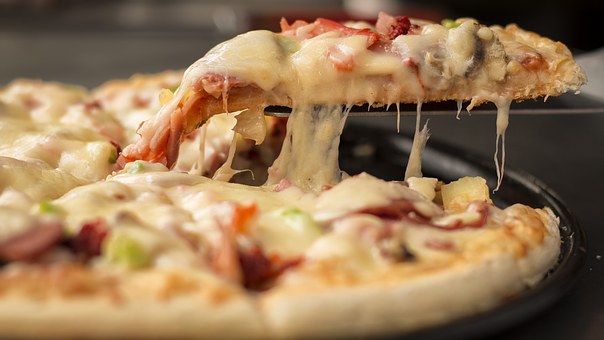 Members of an Alabama church said they just wanted to bless a member of their community.

They weren’t expecting the attention they’ve gained in return.

As Sunday worship concluded on Sept. 16, the CrossBridge Church of Christ in Birmingham gave a local delivery driver a gift he won’t soon forget — a $900 tip.

Charlie Vifquain, an associate minister for the church, told The Christian Chronicle the congregation has been in a year-long study of the Sermon on the Mount. Recently, they’ve been focusing on the Lord’s Prayer and the phrase, “Give us this day our daily bread.”

“I had an idea to take up a collection at the beginning of the sermon to bless a total stranger,” Vifquain said. “I feel like pizza delivery people actually bring people daily bread.”

After spending time in prayer, Vifquain felt pulled to reach out to the local Dominos Pizza. He went to a nearby location and met with the manager, telling him they wanted to find someone who could really us a little help. A district manager happened to be there and said he knew “the perfect person.”

They arranged for several pizzas to be delivered at the end of the Sunday service.

The driver, who has asked to remain anonymous, came in expecting to simply drop off the pizzas, but he was instead greeted by a member of the congregation who handed him a large pile of cash.

Birmingham’s ABC 33/40 reported that Camron Donahoo, the manager at Dominos, said, “(We haven’t seen anything) like that. I mean there’s good tips, but nothing like that where there’s life-changing money. The driver is working a couple of jobs and he’s got a family, and he’s just trying to provide.”

The delivery driver was grateful for the gift, telling them it would help him to provide for his family and pay their rent.

“I’m thankful to be a part of a church that responds with such abundant generosity,” Viffquain said. “We aren’t interested in bragging or arrogance.

“My heart is also for the local church to have a reputation for putting on the power and provision of God rather than being known for hating or protesting.”

The congregation is hoping to start a challenge to encourage other churches to bless someone in their community in the same way.