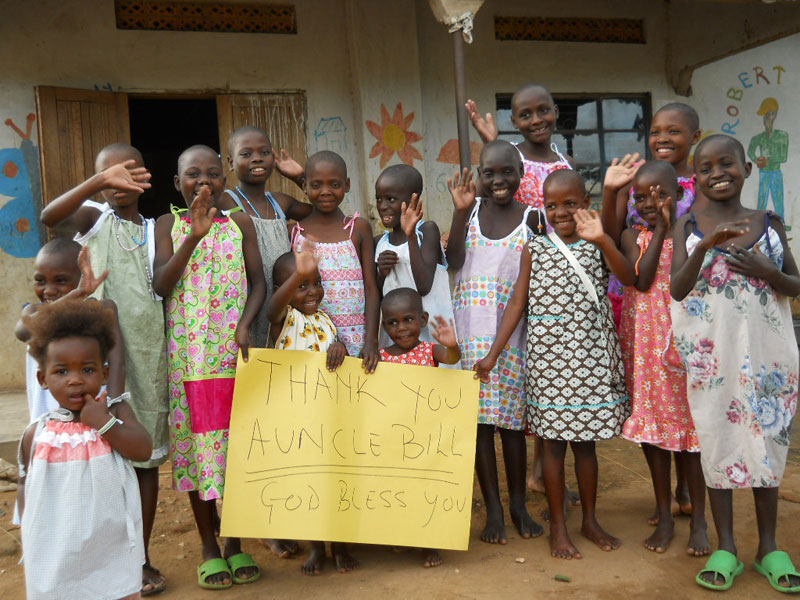 Children in Uganda express thanks for the clothes they received through the Little Dresses for Africa ministry. (Photo via www.littledressesforafrica.org)

Last December we blogged about Little Dresses for Africa, a nonprofit that sends dresses made from pillowcases to various African nations. Several Christian groups support the work, which was born at the Trenton Church of Christ in Michigan.
NBC produced a “Making a Difference” segment in 2010 featuring the ministry, and recently the network produced an update on the work:

Less than 24 hours after our original story aired, Rachel O’Neill sent me a text message: “Crazy! Love it! $2200 in donations so far and emails by the truckload! Lots of great leads to get dresses to the kids. Lots of comments about the fact that I don’t sew. Seems to encourage others with similar lack of skills.” …
Three years ago, Rachel never could have pictured what a success her idea would turn into.  She started her project, “Little Dresses for Africa,” in a church basement with five friends.  Their initial plan was to sew 1,000 dresses using fabric from pillowcases and send them to needy girls. To date they’ve received and distributed more than 100,000 dresses, many of them much more intricately designed than the original pillowcase patterns they started with.  And the dresses keep coming. 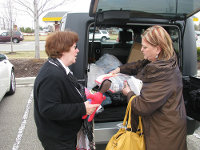 Suzi Stephens of the Malawi Project, left, looks over dresses Rachel O’Neill has prepared for distribution in Africa. (Photo via www.malawiproject.org)

Earlier this year, members of The Malawi Project, a church-supported ministry based in Indiana, traveled to Michigan to meet with O’Neill and discuss ways they can work together. The ministries are partnering to bring the dresses to children in need in Malawi, a nation in southern Africa with thousands of Churches of Christ.
(I traveled through Malawi in 2009 with Malawi Project coordinator Dick Stephens and wrote stories about the experience for our Global South series.)