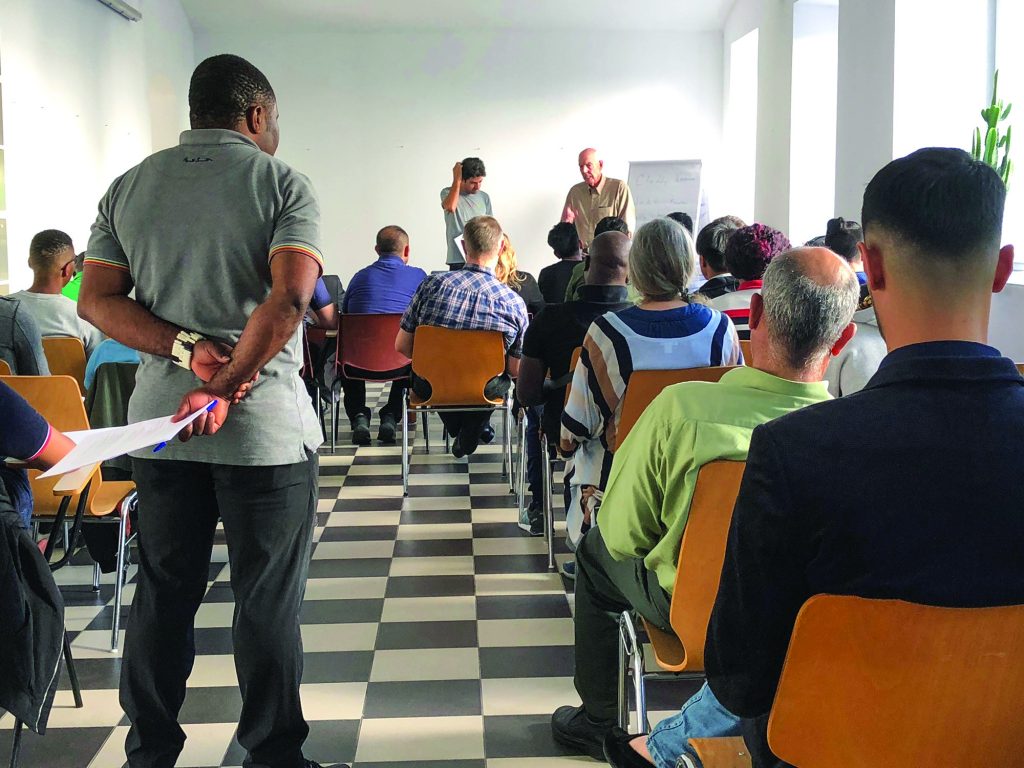 Church offers a place at the Lord’s Supper for immigrants

VIENNA, Austria — Bibles in English and Farsi line the shelves of the Pohlgasse Church of Christ in this European capital.

A Nigerian Christian passes them out to his brethren from Africa and the Middle East on a Saturday afternoon as Cleddy Varner begins a lecture on the Lord’s Supper — part of a monthly program designed to teach new converts about the church’s practices.

“As I get older, the Lord’s Supper gets closer to my heart,” says Varner.“I can hear the hammer hitting the nails. I will actually flinch.”

“As I get older, the Lord’s Supper gets closer to my heart,” says Varner, an 83-year-old member of the Hillcrest Church of Christ in Abilene, Texas. “I can hear the hammer hitting the nails. I will actually flinch.”

His audience knows pain. Many have suffered for their faith.

When they come to Vienna, “we all, as a team, help bring them to the Lord,” Habeeb says.“Christians aren’t safe in Afghanistan,” says one student, Habib, who worships with the congregation and studies the Bible with fellow refugees from his homeland. Some were part of underground churches there, forced to flee because of persecution. Others are Muslims fleeing their nation’s decades-long conflict with the Taliban. Many arrive in port cities such as Athens, Greece, and encounter Christian groups there before moving to Austria.

The Pohlgasse church has a history of serving and saving immigrants, says Reggy Hiller, the daughter of missionaries Bob and Ruth Hare. She has spent most of her life in Europe and works with the church. Many of the church’s converts are migrant workers from African nations including Cameroon, Congo, Ghana, Nigeria and South Sudan. Now an influx of refugees from the Middle East is adding a new cultural dimension. 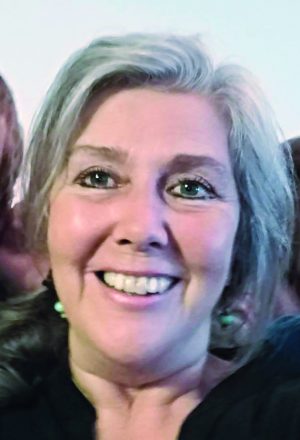 Madeline Phiri moved to Vienna from Victoria Falls, Zimbabwe, about a year ago. A friend introduced her to the church, and she was surprised to find Middle Easterners worshiping alongside Africans.

“It’s something different,” she says, and it proves that “we are just the same, no matter what country we come from. We worship one God.”

At least 60 Farsi speakers have been baptized in 2018, Hiller says. Some stay in Vienna, where they have launched a Farsi-speaking church near a refugee camp. More than 100 worship on Sundays. Other asylum seekers have moved to the Austrian city of Salzburg and have planted a new Church of Christ there, with about 30 in attendance. Still others have spread across Europe.

In a way, the Middle Easterners are like fruit that’s already ripe and fallen from the tree, says Gerhard Krassnig, an Austrian who works with the Pohlgasse church.

“They’re already picked,” he says, “but they are not picked up yet and finished.”

If Christians don’t seize the opportunity to minister to the refugees and train them, “who’s picking them up?” Krassnig says. Some may go back into Islam. Others may adopt the capitalistic agnosticism practiced by an ever-growing number of “post-Christian” Europeans, he says.

The church should practice unity and respect for all cultures and strive to be “a respite for all.” 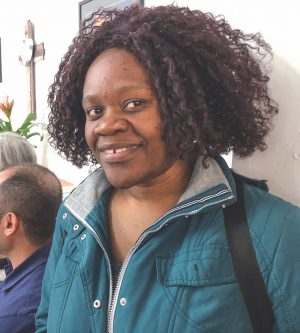 Samuel Ekata, a native of southern Nigeria, occasionally preaches for the congregation. He’s happy to be part of a church that’s rapidly expanding in cultural diversity. Time is short, as evidenced by one student at the Saturday class, Navid. He fled here from Iraq, but he can’t stay due to his visa status. He must return to France, where he’s lived as a refugee before, and seek asylum there. During his time with the church in Vienna, “I learned very much about Jesus,” he says. “I have a better understanding, better now than before.”

“When it comes to Christianity, this should not be a barrier,” he says. The church should practice unity and respect for all cultures and strive to be “a respite for all.” 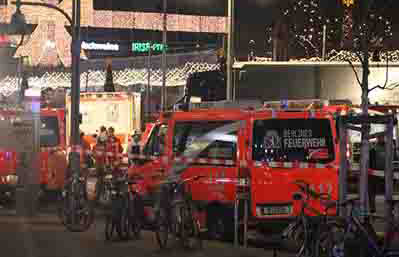 Just weeks after Christians gathered in Athens, Greece, to discuss…