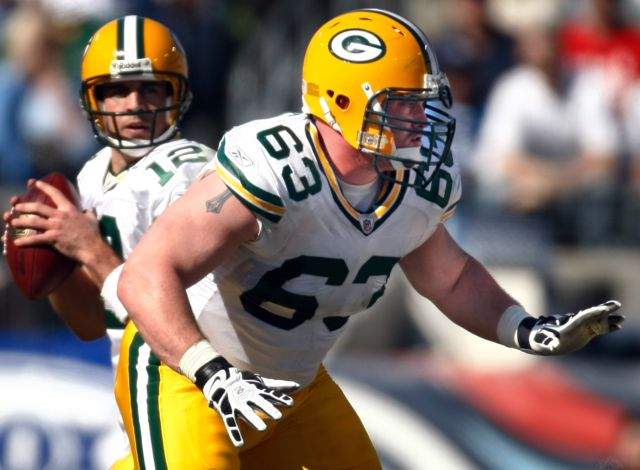 Scott Wells, the starting center for the Green Bay Packers — who face the Pittsburgh Steelers in Sunday’s Super Bowl — is the son of a Church of Christ preacher.
The Tennessean interviewed Wells’ father, Wayne, for a feature on the challenges and personal tragedy overcome by his son:

“Everything Scott has experienced has helped make him the man he is today,” said his father, Wayne Wells, a preacher at Gainesboro Church of Christ. “Football is what he does, and a Godly man is what he is. I’m very proud of him.”

The Crowley Star in Texas features Scott Wells in a separate story.
Joe Wells, Scott’s brother, is editor of Kaio, a Focus Press publication for teens, and a popular speaker for youth events. I met Joe Wells last summer during the “Christ Is The Answer” door-knocking campaign and gospel meeting in Parkersburg, W.Va.
The Packer center’s great-uncle Ray Wells, who spent 40 years as a pulpit minister and still preaches occasionally for the Jasper Church of Christ in Texas, told The Christian Chronicle in an email:

“Scott is himself a faithful Christian and a great example in the world of professional sports.”