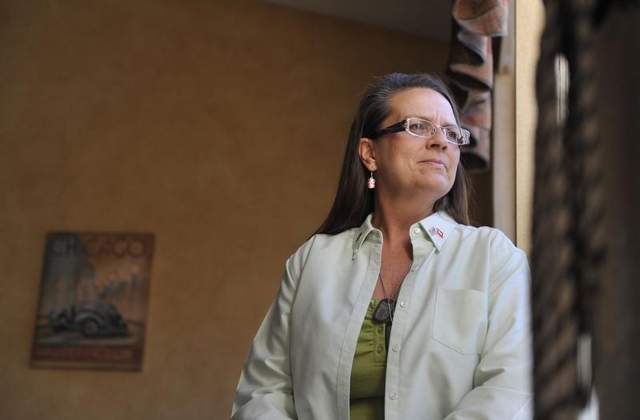 The Reno Gazette-Journal in Nevada honored Paula Fleming, a longtime member of the North Virginia Street Church of Christ in Reno, as its Citizen of the Year.

When her son, Joshua Tash, joined the Army in 2004, Paula Fleming of Sparks went into service as well.
She didn’t don a uniform, but joined the military support organization Blue Star Mothers and, a year later, formed a local chapter of the group.
“I never asked her to do it,” Tash said. “She just took it upon herself to do it, and not just for me. She did it for all the soldiers.”
For her efforts, Fleming has been named the Reno Gazette-Journal’s Citizen of the Year for 2012.
Today, the local chapter of Blue Star Mothers has grown from 20 to more than 70, and its outreach to troops deployed and at home has grown exponentially. From care packages to Christmas cards, from welcoming troops home at the airport to raising the walls on a wounded vet’s home, Fleming and the Blue Star Mothers are there.