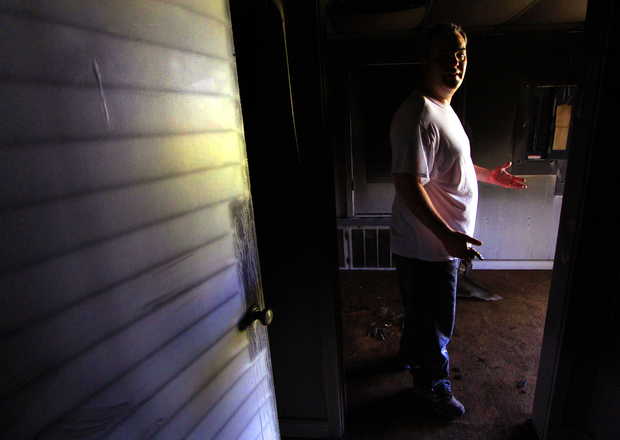 Church of Christ building in Georgia heavily damaged by fire

Minister Jason Flowers walks through what remains of his church Sunday morning after an early morning fire. (Photo by Mike Haskey, Columbus Ledger-Enquirer, via ledger-enquirer.com)

The Ledger-Enquirer in Columbus, Ga., reports:

Willie Jenkins crossed Torch Hill Road in his wheelchair Sunday morning and rode up to the side of what remained of his church.
“I heard sirens early this morning. Around here, though, you hear them all the time,” he said. “I never dreamed it would be anything like this. No, nothing like this. It is heartbreaking.”
An early morning fire Sunday gutted most of Torch Hill Road Church of Christ of which Jenkins is a member.
“It is frustrating,” he said. “When I was ready to get back in touch with God this is the place I came.”
Minister Jason Flowers received a phone call around 3 a.m. and was told his church was engulfed in flames.
After seeing the destruction, Flowers called church members and told them to find another church to worship at Sunday morning.
He plans to hold Wednesday night bible study at his home.