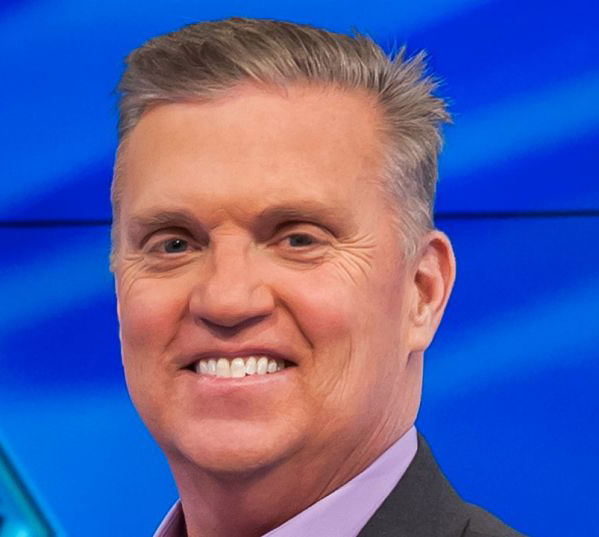 Steve Byrnes, who reported on NASCAR for Fox Sports, died April 21 after a two-year battle with cancer. He was 56.

Byrnes was a member of the Church of Christ at Gold Hill Road in Fort Mill, S.C., where he attended with his wife of 22 years, Karen, and their son, Bryson.

Two days before his death, fellow journalists and NASCAR drivers paid tribute to Byrnes at the Bristol Motor Speedway in Tennessee. The April 19 race was named the Food City 500 in Support of Steve Byrnes and Stand Up To Cancer and every participating car bore Byrnes’ name.

See tributes to Byrnes in this video from the race. (Please pardon the language used by one of the drivers in the video.)

He joined the FOX Sports family in 2001, hosting and reporting for multiple NASCAR programs and serving as a pit road reporter for NASCAR on FOX’s broadcast of NASCAR Sprint Cup Series races from 2001-2014. Most recently, he was the play-by-play announcer for FOX Sports 1 in the NASCAR Camping World Truck Series, and was co-host of NASCAR Race Hub for the network.

In addition to being a wonderful, loving and godly husband, father, son and brother, Steve was an excellent friend, colleague and mentor to all who knew and loved him.  His indelible impact extended even to the millions of television viewers who watched him every week over the years, as evidenced by the outpouring of public support he received following his cancer diagnosis in August 2013.  Steve became a tangible example of strength, courage and fortitude to all who witnessed his battle with cancer and his personal crusade to spend as many days as possible with Karen and Bryson.  He was honored to be designated as the keynote speaker at the American Cancer Society’s Relay for Life on June 7, 2014, in Charlotte, where he shared the inspiring story of his battle with hundreds of cancer survivors, caregivers and families during the Luminaria Ceremony that evening.

A public figure who always made time for others and made strangers feel like longtime and valued friends, Steve took particular solace in his private life with his family. He was always smiling, supportive, selfless and loving. Upon his original diagnosis, Steve quickly found the positive in the situation and put his entire focus into his treatments, simultaneously vowing not to miss a single moment with his son. His motto and daily inspiration became “Be present” in every moment of his family’s lives. Now Steve is present with the Lord, and until we see him again, he is present in our hearts and memories forever.