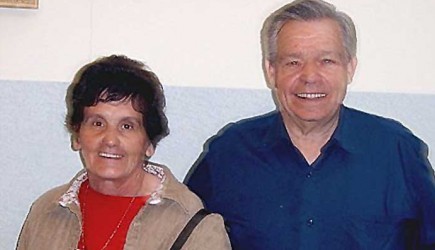 Erik Tryggestad
Norbert and Paula Taferner, longtime church members in South Africa, died in a May 12 plane crash near the Tripoli airport in Libya.
The Airbus 330, operated by Tripoli-based Afriqiyah Airways, crashed as it arrived in Libya from Johannesburg, South Africa. The plane carried 93 passengers and 11 crew. A 9-year-old Dutch boy, Ruben van Assouw, was the only survivor.
Norbert Taferner, 70, was an aerodynamics engineer and a manager for Global Aviation in Libya. He retired in February, said Johan Kuit, the company’s CEO.
The Taferners began attending church in the 1960s and were founding members of the Boksburg Church of Christ, located between Johannesburg and Benoni. The Benoni congregation planted the Boksburg church, said Donna Horne, whose husband, Al, is president of Southern Africa Bible College in Benoni. The Taferners’ two sons and a daughter-in-law attended the college, Donna Horne said.
“Due to the unemployment in South Africa, Norbert’s work took him to places like Iraq, Libya and Albania,” she said. “He often preached for the Albania congregation. He was one of the pillars in the Boksburg church.”
Arian Zhusti, a member of the Tirana, Albania, Church of Christ, said the Taferners were “the kind of people everyone would have loved to know.”
“Norbert was, to me, the splendid pattern of the loving husband and the excellent professional with a rare and astonishing, dynamic way of thinking,” Zhusti said.
The Taferners “will be sorely missed on the South African church scene,” Donna Horne added. “We have suffered a great and irreplaceable loss.”