'We are literally sick to our souls,' minister says as hundreds of Christians bow their heads in unity. 'Lift us up out of our indifference.'

As fires, tear gas and violence reigned on the streets of many American cities, 169 members of Churches of Christ gathered online to pray for justice, compassion and peace in the wake of George Floyd’s death in police custody in Minnesota.

“In a time of civic unrest, when our country is torn apart because of racial injustices and systemic oppression … it is our Christian duty to exercise our faith through prayer,” said Orlander Thomas, minister for the Southside Church of Christ in Durham, N.C., who moderated the gathering.

Prayer, he added, is a vital part of the difficult work required to “dismantle the wickedness and evil and sin that is at work behind these social injustices.” 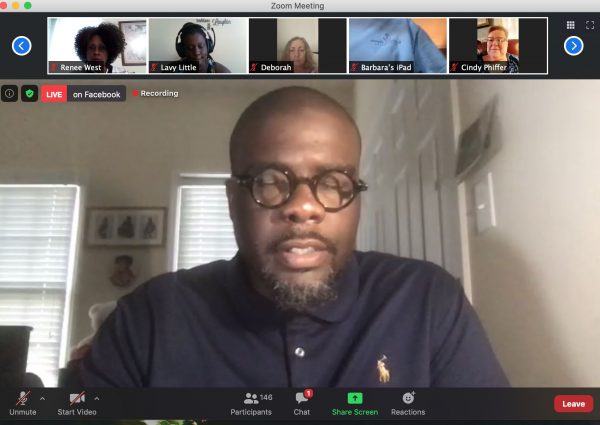 The racially diverse group of Christians participated in “A Virtual Hour of Prayer” via the teleconferencing platform Zoom as several hundred more watched a livestream of the event via Facebook, said David Young, a minister for the North Boulevard Church of Christ in Murfreesboro, Tenn., who led one of the prayers. The church’s members “were honored to be able to join together in prayers for racial justice, unity and peace for America and the church,” Young said. “We are eager to do more events like this.”

North Boulevard, a growing suburban congregation with multiple campuses in Middle Tennessee, enlisted Sam Hall, a diversity trainer from Jacksonville, Fla., to coach the church in how to become more ethnically diverse, Young said. Hall’s wife, Roxy, is a senior partner in VSC Online Ministries, which hosted the gathering. 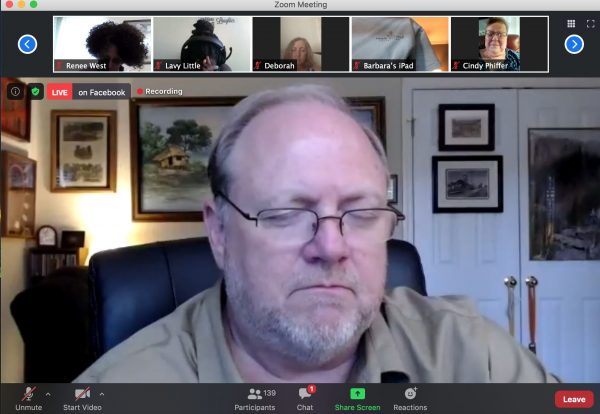 “My heart was saddened by the recent events that have negatively impacted the society as a whole,” Roxy Hall said. “The Holy Spirit directed me to use this amazing platform that God has given … in order to bring Christians together from across the country.”

Ministers who prayed during the gathering included:

• Young, who asked God to “fill us with the Holy Spirit, who teaches us to listen to one another, to care about and love one another, to stand for justice, Father, as you said. Let us make that a priority.”

• Robert G. Birt, minister for the Glass City Church of Christ in Toledo, Ohio, who urged Christians to remember “the story of where we came from.” God created community in the Garden of Eden, he said, and people of faith are called to live in community, “to walk together.”

• Steve Smith, minister for the Beltline Church of Christ in Decatur, Ala., who asked that America open its eyes to see that “the real culprit behind all this chaos is the Evil One.” Satan is at work, Smith said. “The Enemy of your people is wreaking havoc on your creation. It just feels like he’s throwing everything at us right now.” 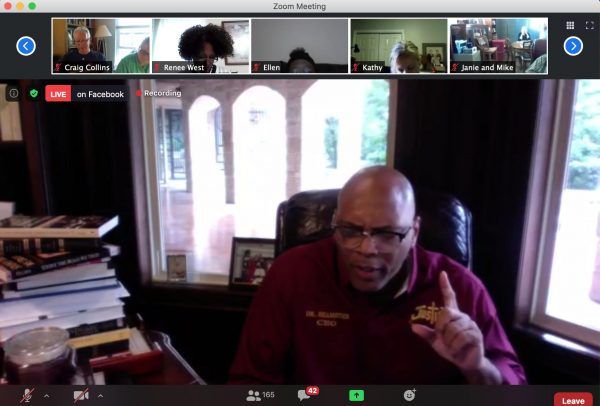 • Ervin Seamster Jr., president of Southwestern Christian College in Terrell, Texas, who asked for energy in a time when many feel weak and exasperated. “Some of us feel like we’ve run out of words to express our disdain for this moral sickness that we are facing as a country,” he prayed, mentioning previous racially charged cases including the 2018 shooting death of Botham Jean, a member of the Dallas West Church of Christ. “We are literally sick to our souls. … Lift us up out of our indifference.” 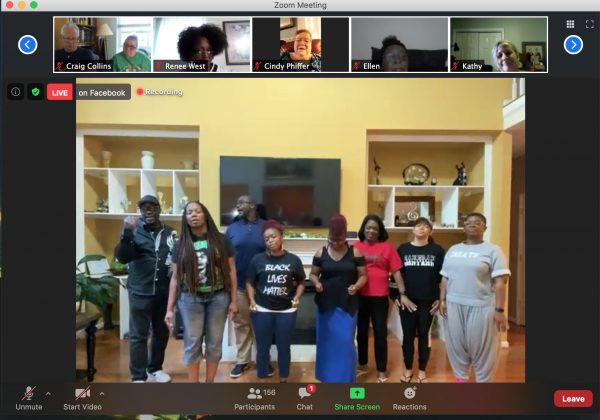 ASAP, a vocal group from the Southside Church of Christ in Durham, N.C., sings during the “Virtual Hour of Prayer.”

• Anthony Walker, minister for the Highway 231 South Church of Christ in Murfreesboro, who prayed for peace. “And when we’re begging for peace we’re actually asking for just a piece — a piece of heaven,” he said. “We want an appetite for peace.”

• Larry Cline, preaching minister for the Hardin Valley Church of Christ in Knoxville, Tenn., who said that it’s easy for people to feel isolated, even comfortable, and to forget about those suffering. He prayed “that it would break our heart that other people don’t have peace.” He prayed for believers to be instruments of peace, “that when we see hatred and prejudice we would sow love … where there is error, that we would sow truth, where there’s darkness, that we would sow light.”