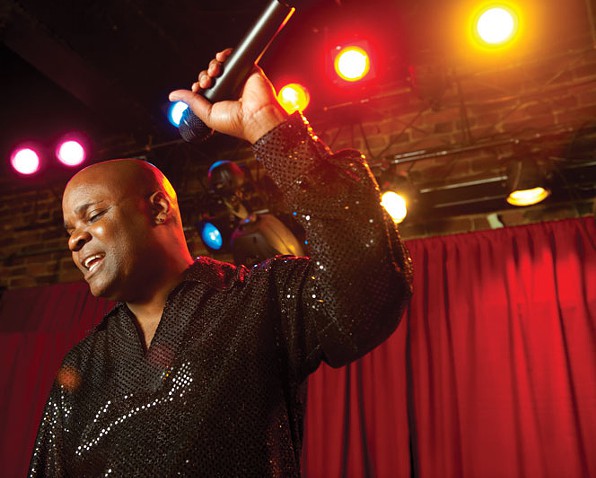 In it’s fifth annual People issue, The Nashville Scene highlights 19 people in Tennessee’s capital city who “make this city what it is: a surprising combination of ambition and affability, grit and grace.”
Among the 19 souls selected for the issue is Theron Denson, a.k.a. Black Diamond. The member of the Riverwood Church of Christ in Nashville is a Neil Diamond tribute artist.
As the Scene reports, Denson honed his singing ability in the pews of a Church of Christ in West Virginia.

In September, 2000, Theron Denson was fired from his job at the Marriott hotel in Charleston, W. Va. The offense: singing at the front desk.
“I looked up to heaven, and I said, ‘Well, God, it looks like it’s you, Neil Diamond and me now,’ ” he recalls. Thus Black Diamond was born. And for 13 years since, Denson has paid his bills performing as the world’s one and only black Neil Diamond impersonator.
So, why Neil Diamond?
“Why not?” Denson says. “He’s an incredible entertainer. … I connect with him in that I think he has his finger on the pulse of the human psyche.“
As Neil Diamond superfans go, Denson was a late bloomer.
“I thought he went to my church for the longest time,” Denson recalls. That’s because every time Denson would sing “Amazing Grace” at the predominantly white West Virginia church he attended, congregants would tell him his vocal timbre bore an uncanny similarity to Diamond’s. Curiosity led to a purchase of The Jazz Singer, then superfandom and, eventually, a closet full of sequined shirts to go with regular bookings at clubs, private parties and corporate events.

Read the full story, and see a recent interview with Denson by a Michigan TV station.