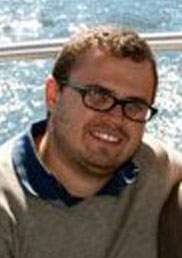 FORT THOMAS – Kyle Vath was having lunch with Marcus Ewing in Nashville several years ago when Ewing told Vath he wanted him to meet some of his friends.
Before leaving the restaurant, Ewing bought a bunch of hamburgers to take with them.
“His friends were homeless people by the river,” said Vath, who attended Central Church of Christ in Cincinnati with Ewing since they were kids. “He knew every one of their names and stories. His selflessness was amazing.”
Ewing, an alumnus of Highlands High School and the University of Cincinnati, was killed in a traffic accident Friday in New York. He was 27.
Ewing was riding his bike Friday in Harlem when a driver opened his car door and knocked Ewing in front of a moving truck, according to a New York City police spokesman. Ewing died instantly.