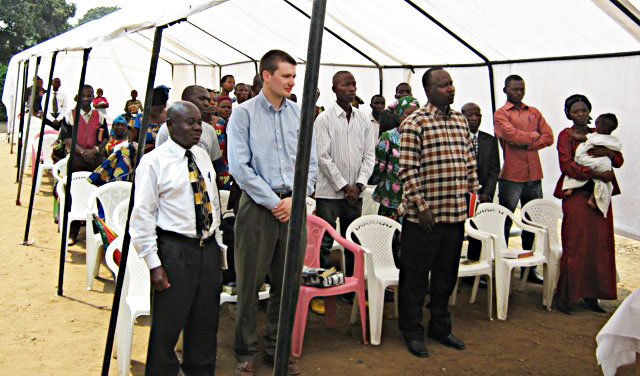 A flood in the East African nation of Burundi has claimed the lives of a Christian woman and seven children who attended a Church of Christ, church members report.

On Feb. 9, a “great rain” in Burundi’s capital, Bujumbura, caused extensive damage and killed more than 60 people in the northern part of the city, said church member Amou Akembe. Barry Baggott, a longtime missionary to French-speaking nations and director of French World Outreach, translated a message from the Burundian church member.

“The situation of the church in this part of town is deplorable,” Akembe said, “for one of our brethren lost two children under 5 years of age. Another lost his wife and five children — carried away by the waters — and another has six children who were injured. Others among us are also injured and have lost belongings. The homes of nine of our families were destroyed.”

The Church of Christ began in Bujumbura in 2005 when Baggott and Doyle Kee, a French-speaking missionary in Geneva, Switzerland, traveled to the East African nation, south of Rwanda, to study with students enrolled in a Bible correspondence course.

“There are now half a dozen small congregations” in the area, Baggott said. “Occasional visits are made to encourage the work, a weekly broadcast is sponsored by World Radio, and Doyle and I maintain contact with the brethren, but we have no missionaries living there.”

More than 50 people who listen to the church’s radio program have contacted the congregation, saying that they lost homes and belongings in the flood and requesting relief supplies.

“The whole church here is in a desperate situation,” Akembe said, “and appeals to brethren around the  world to come to its aid.”

For more information on contributing to relief, email Baggott, a member of the Crieve Hall Church of Christ in Nashville, Tenn. Christians in Europe who wish to help may email Kee.