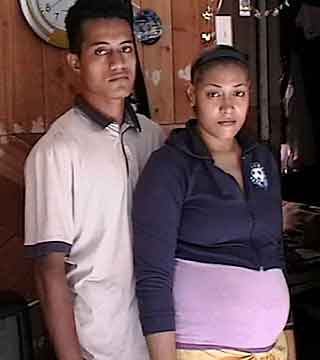 Church in American Samoa seeks aid for couple in need

The Nu’uuli Church of Christ in Pago Pago, American Samoa, seeks financial assistance for two of its members.
(Luaao Soli is the minister for the Nu’uuli church. We reported on his church’s efforts to help victims of a tsunami in Samoa last year.)

Seneti and sister Aiga Leuiti are members of the Nu’uuli church and immigrants from the neighboring nation of Samoa. The couple has a baby on the way in October, and Aiga is suffering from an undiagnosed illness that is causing her to lose her hair.
Here’s an excerpt from an e-mail I received about the couple:

Because of their immigrant status, neither of them is permitted to work. They live with Aiga’s widowed mother and six siblings. Only her brother is able to work and provide for 10 people. In order for Aiga to give birth at the hospital, it will cost about $2,000. We don’t know how much it will cost for a midwife to deliver her baby at home but the downfall with that is the American Samoa government will not recognize the baby as an American Samoa citizen. This young Christian couple is humbly requesting financial assistance, not only for the hospital delivery costs but also for sister Aiga’s undiagnosed illness.

I checked with some church contacts in American Samoa who told me that this is a legitimate need. (For more information about the church in American Samoa, read my recent blog post about my visit with church elder Tia Misa.)
If you are interested in helping, here’s the contact info for the Nu’uuli church:
Nu’uuli Church of Christ
P.O. Box 1586
Pago Pago, American Samoa, 96799
Phone: (684) 699-9556 (Currently, Pago Pago is seven hours behind Eastern Standard Time.)
Or you can e-mail Luaao Soli’s family for more information. Luaao’s son is a member of the Waipahu Church of Christ in Hawaii.