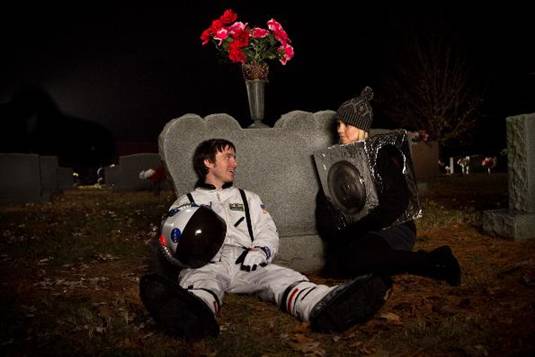 
Online now, find an expanded review of the film “Blue Like Jazz,” which debuts on movie screens today.
The online version contains a few additional thoughts from reviewer Joshua Watson that didn’t appear in the print edition (which should be in mailboxes now).
Watson saw the film in Oklahoma City during an advance screening that included Donald Miller, author of the 2003 bestseller on which the movie is based, and director Steve Taylor.
Here’s a web-exclusive tidbit that Watson picked up from that screening:

Don (Marshall Allman) and Penny (Claire Holt) and in “Blue Like Jazz.” (Photo via www.bluelikejazzthemovie.com)

The film already has stirred up controversy in the emerging Christian film industry, said director Steve Taylor, who also spoke at the screening.
“There’s a certain church in Georgia that created a movie called ‘Fireproof,'” Taylor said. “For some reason, they have said that if you work with “Blue Like Jazz,” you can’t work with that church’s next movie. I just don’t understand that.”

Read the full review.
Have you seen the film or read the book? Please share your thoughts.